Coming to iOS and Android in September

Pretty much ever since Chop Chop Ninja was released, fans have been demanding a sequel.

Developer Gamerizon has been listening but instead of rolling out Chop Chop Ninja 2, it's come up with something even better.

Chop Chip Ninja World contains all the fast-moving ninja action of the original, adding massively improved graphics, and new moves and weapons including a slingshot, and the ability to pick up and throw objects. You also have the choice of being a male or female ninja.

The game will launch with five worlds, each consisting of five levels. Of course, more will be added in updates.

The big addition to the game is an entirely new social element - that's the World part of the title.

By completing the action levels, you'll unlocking different buildings. These you combine together like 2D LEGO bricks to create your own crazy village in the city building mode that's separate but connected to the action platform levels.

As you might expect, the villages act as a social hub, so you can customise your designs as well as visiting your friends' villages.

The mode also opens up more gameplay options with different buildings enabling you to craft new weapons and power ups for your ninja.

In addition, there will be quests and missions, and there's a new defense mechanic that has you defending your village from waves of attacking monsters.

Another new element are the waka characters. You unlock these little fellas in the platform levels, in which they will help you solve various puzzles. Then you take them back to your village where they become your troops in the defence missions.

Completing the overall picture, the game will be free-to-play to ensure that as many people as possible get to play; something that will be especially important in terms of the social modes and cooperative missions.

Chop Chip Ninja World will be released in September for iOS and Android.

You can get an idea of how the action is shaping up below. 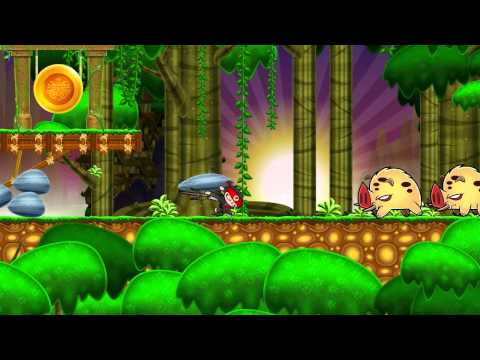