Angry Bird rip-offs: The worst of the worst

If Rovio is king, then these are its peasants

Angry Birds Space took flight on the App Store barely minutes ago, and already there's a knockoff in its slipstream. Probably.

Regular readers of PG will be aware that Angry Birds has more than its fair share of imitators on the iPhone and iPad, the most blatant of which is perhaps the 'legendary' Angry Birdz.

A simple search on the App Store for 'Angry Birds' will turn up a selection of Angry Birds-alikes worthy of Zeus's banquet. Here are the findings of Pocket Gamer's investigation into the murky world of Angry Birds wannabes.

Developed by the Girl Girls Boy Boys Limited Liability Company (I honestly couldn't make that up), Space Birds will set you back 69p. Which is about 69p too much.

Sadly, it's not an Angry Birds Space rip-off. It's more of a simple name grab, to be fair, with the dev hoping that some may believe the two games are related (Spoiler: they aren't).

You have five lives: miss five birds and the game is over. And that's it. No, really, that is it. That's the entire game right there on that screen.

There is zero attempt at even trying to make this game enjoyable. At first, I thought I had my iPhone set to silent, but, no, there's actually no music in it whatsoever.

It doesn't surprise me that screenshots of the gameplay on the game's App Store product page are conspicuous by their absence. But, thanks to this cracking piece of investigative journalism, you can now see all two screens for yourself. The things we do for you.

Things picked up a bit here, for Moonbirds comes in both free (the one I played) and paid flavours.

The only difference between them - in terms of what I could discern - is that the free version features this rather ominous warning in the description: "IMPORTANT: Do not download if your iPhone is running on iOS 4.0 or lower. It will most likely crash when loading an ad."

Quite the ringing endorsement. 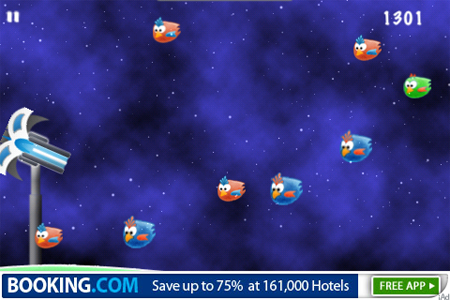 Moonbirds is, shockingly, almost borderline playable. For starters, you get to control a giant gun. Yay.

Your job is to shoot down birds as they fly in from the right side of the screen. If one of these differently coloured fowl gets past your defences, then it's Game Over. Basic, but it works.

This clone even contains sound effects for both the shooting and the birds exploding - two for the price of one. 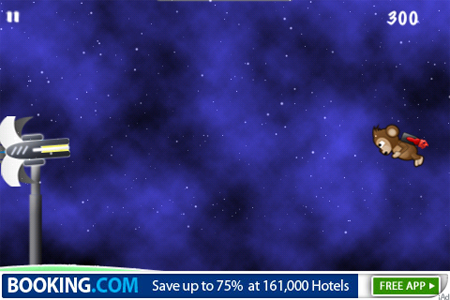 This is one of the most horrid, putrid, bile-inducing iPhone games I've ever had the misfortune of downloading. And then playing.

Angry Zombie Birds, despite having my favourite title of the batch, is without a doubt worthy of every single insult I am about to hurl its way. 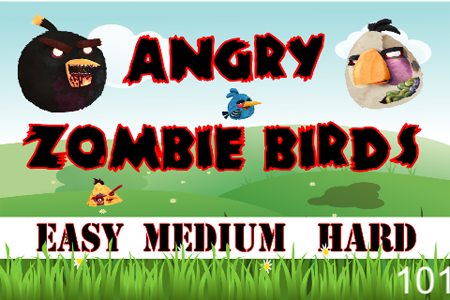 Quick gameplay rundown: badly Photoshopped zombie birds fly in from the left. You tap to shoot them, but miss one and the game ends.

Okay, that's out of the way, so now let me say this is just painful to play. Every tap produces a gun noise (again, this is NOT music), so when there are four or five birds on-screen at the same time... well, you can guess the rest.

This game costs 69p. 69 pennies go a long way in this economy these days. I could have bought three copies of Skyrim from GAME for that kind of scratch!

The best part of this kick-to-the-balls title is its description: "Bird Flu just got real bad". 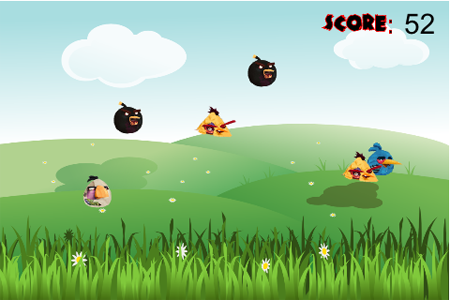 By Anton Sinelnikov - (don't) buy on iPhone and iPad

I'm just going to throw this out there: I support ninjas in the Ninja vs Pirate war. So, I did kind of hope that this would resemble a Fruit Ninja / Angry Birds hybrid rip-off.

Tragically, that is not the case. This is more of a Columns-style game with very vague Angry Bird-esque sprites splattered across the screen. 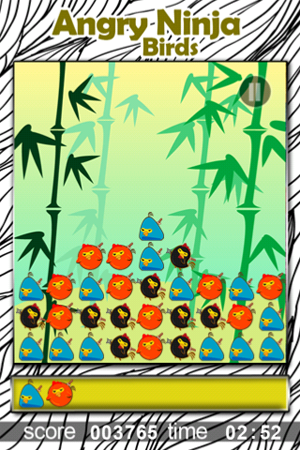 The idea is to simply keep the screen as clear as possible by tapping and matching Angry Ninja Birds.

The more matches you make, the higher your points tally, and the game doesn't end until you fail. I'll confess: this isn't entirely awful. But, it does have one major downfall: it costs £1.49! Based on my earlier calculations, that equates to nearly six and a half copies of Skyrim!

Angry Ninja Birds is like that girl who stuffs her bra with tissue paper before heading off to the club. The 'prospects' look great, from a distance everything looks to be in place, but once you actually get down to the nitty-gritty, you feel slightly short-changed.

Angry Pigs and Birds
By multiegg - (don't) buy on iPhone

If nothing else, Angry Pigs and Birds take home the metaphorical weirdness cake.

Oh, for sure, it's a terrible game, but it goes so much deeper than that. Just look at the title screen: 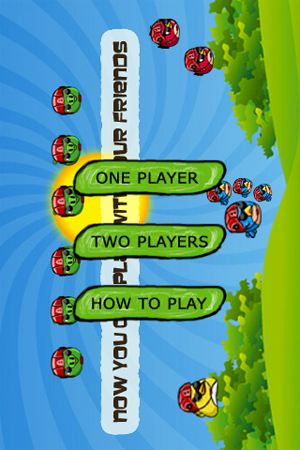 I cannot even begin to comprehend what is going on here.

No, I didn't change the orientation. This is the actual game. The menu is in portrait, the background text is in landscape, and that hill background doesn't change. Even during the game (which is played in portrait), it still sits there looking awkward as hell. 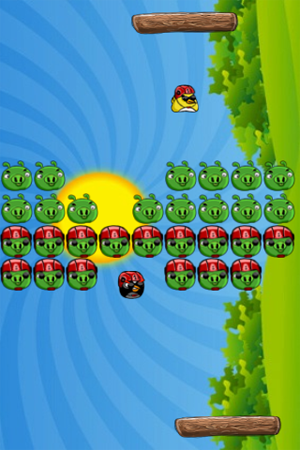 The game is basically a Breakout clone - only instead of a roof at the top of the screen, you have a randomly moving second paddle.

In the two-player mode, someone else takes control of this auxiliary paddle. In single-player mode, however, the AI just goes crazy and does whatever it wants to with it. It's definitely not aiming for the ball, that's for sure.

What does the below "Help" screen even mean, by the way? No, seriously, what does that mean?!

It looks like the developer of a Doodle Jump clone tried to translate Russian using Bing.

Why are they wearing crash helmets? Where are the vegetables? Why are there only three screens with infinite lives and no high score option? How do I hold my iPhone upright and sideways at the same time? Did they really spell it "thouch"?! 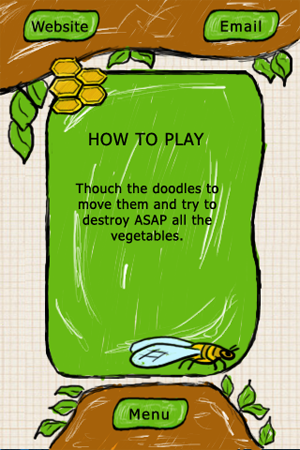 That's it, Rovio, you'd better be giving away free chocolate and hugs to everyone who buys Angry Birds Space, because your world-dominating franchise is the only reason these terrible apps exist.

These are the most atrocious excuses for 'games' I've seen in my whole life and I'm blaming YOU, Rovio. Just after you take over the world and buy Apple, I expect you to make sure these excruciating bastardised versions, and their respective developers, are erased from the planet. For good.

Want more? Check out our 14 other Angry Birds features!

Free iPhone and iPad games: Squids, Apex Of The Racing