A launch in pictures: the new iPad lands in the US

Yesterday morning, I got up at 4am California time to shuffle along to the downtown San Francisco iPad launch.

Apple headquarters in Cupertino is just a couple hours south of the historic city, so the San Francisco Apple Store is a mecca for techies. It is where the hardcore guys come to stand in line.

For my friends and me, it is something of a tradition.

How many others had braved the chilly California rain to get their hands on Apple's first Retina display tablet on day one? Would we get a glimpse of The Woz? Why do I never wear a warmer coat for these things?

To discover the answers to these - and one or two other - questions, read on. 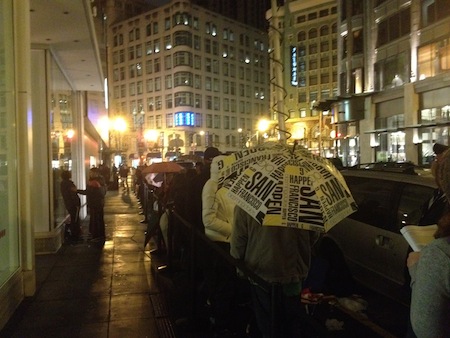 We faced a heavy, constant torrential downpour, but that didn't stop the line. About 70 people were already waiting by the time I got there.

The queue outside the store was awash with oversized umbrellas, soaked hoodies, and sneezing guests. No one was complaining, though.

By sunrise, about 400 people were ready and waiting to get their mitts on Apple's latest touchscreen wonder. The queue snaked around the block, and continued into a well-organized, velvet roped-off area within an empty parking lot. 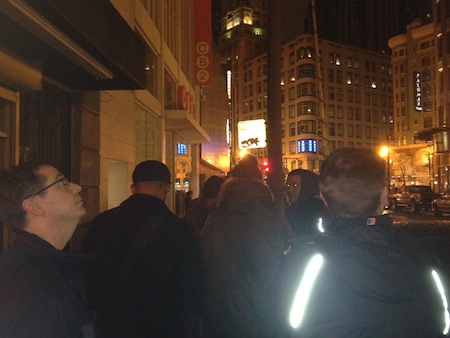 Everything and everyone was calm and collected. Apple employees came through the line at around 6am to offer us water and coffee. Shortly afterwards, they came up to us individually and asked us which model(s) we wanted before giving us each a voucher.

Apple made two smart decisions for this launch. Firstly, in a surprise move, the major Apple Stores actually opened an hour earlier than usual, at 8am. It was a welcome bit of news for the soaked San Franciscans. 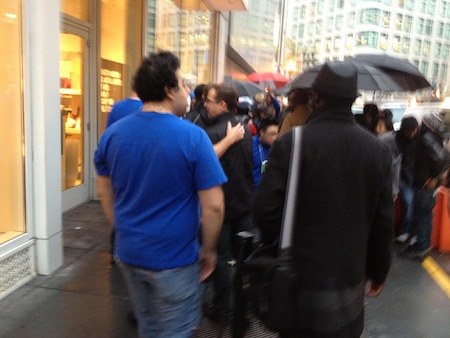 Secondly, instead of waiting until you got inside, Apple salespeople came to you in the line. When the clock struck eight, a cavalcade of blue shirts came parallel to the line and approached each of us. (My helper was Dave. Thanks, Dave.)

The salesperson introduces him or herself, looks at the voucher, and walks you, virtually hand-in-hand, into the chaotic Apple Store. Inside, I had a pleasant conversation, swiped my credit card, and got my device in minutes. I was walking out with my 16GB Verizon LTE Wi-Fi + 4G iPad by 8.15am. 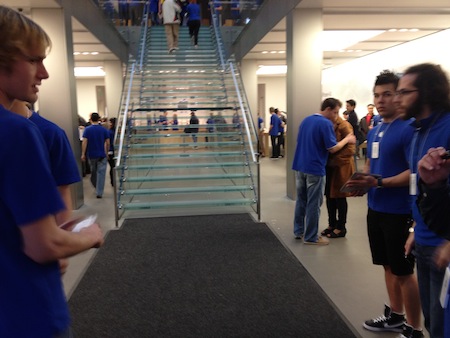 A few Americans I spoke with who are dotted around the country confirmed that they'd enjoyed the same smooth streamlined retail experience that I (in San Fran) and my British colleague Jonathan Morris (in London) encountered at the new iPad launch.

I attribute this to two things. It is the third-generation iPad, so the demand isn't as high as for the original, 2010 model.

Apple also upped its game on the online pre-ordering front, ensuring there were enough devices in stock to offer launch day or near-launch day availability for nearly a week. We'll find out soon enough if Apple reached those 1 million first-week estimates. 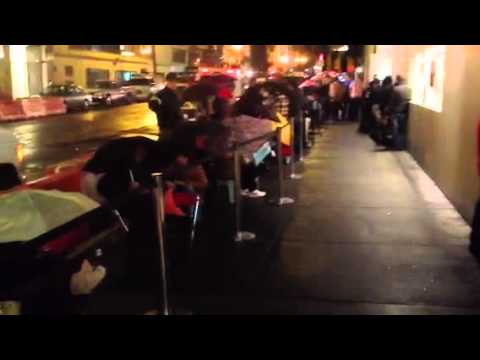 [No sign of The Woz, by the way. He was last spotted outside the Westfield Mall in Century City, California. Better luck next time, eh.]