Greetings, dear reader. We're so glad you could join us for another of our weekly journeys though the latest happenings in the wonderful world of mobile technology.

If last week's round-up was full of anticipatory frisson, then this week's offering is a volcanic eruption of iPad info, Google Play gossip, and 5G goodness.

Yeah, and something about a rhythm-powered unlock code patent. No, me neither.

So, settle yourself down, maximise your window, and get ready to catch up on 'the week that was' in today's Pocket Picks round-up.

The undisputed king of internet buzz this week was the announcement of the new iPad. We all hovered over our screens, scanned every available feed, and waited for permission to cast our iPad 2s aside in disgust.

Rather than stop selling the iPad 2 altogether, though, Apple has opted to drop the price of each model by £70 / $100, giving those on a slightly more restricted budget the chance to get their hands on one of Apple's coveted touchscreen tablets. 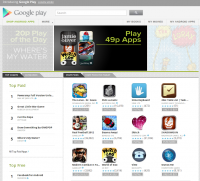 In the second biggest news story of the week, Google surprised everyone by announcing that the Android Market would be absorbed into its all-encompassing online digital hub "Google Play".

From now on, Android users will be able to get all their games and apps - as well as download movies and eBooks - from this single entertainment entity.

Google has even plonked its cloud-based music storage service under the Google Play banner, though you'll have to be a resident of the US to enjoy that particular feature.

Still, the celebratory price cuts on Android games and apps that followed the launch of Google Play can be enjoyed by everyone, so check out our Google Play Store offers list if you want to save some pennies. 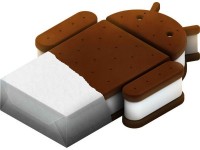 After months of endless whispering about Klondike bars and sandwiches with no bread in (which aren't sandwiches, by the way), the Samsung Galaxy S II is finally being updated with Android Ice Cream Sandwich (ICS).

Sammy's immensely popular handset will be the second of the firm's smartphones to get a taste of Android 4.0 - a.k.a. ICS - after the Galaxy Nexus burst onto the scene with that version of the Android operating system pre-installed late last year.

March 15th is the launch date mentioned on Samsung Israel's Facebook page for the rollout of Android 4.0 on the Galaxy S II, so owners of that handset can look forward to stroking the brand-new interface - complete with a small layer of TouchWiz on top - before the month is out. 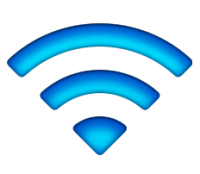 Thanks to Apple's decision to equip the new iPad with 4G LTE support, it seems likely that the high-speed service will really take off this year - perhaps even finding its way onto British shores.

However, discussions are already taking place about the benefits that a 5G network might offer the consumer. Spoiler alert: the next step probably won't be speed related.

Speaking to CNN, Todd Sizer of Bell Labs said, "[5G] may be faster, but it will be more about meeting the expectation of service quality."

Given the ever-increasing amounts of mobile data smartphone and tablet customers consume, 5G will need to be capable of efficiently and intelligently prioritising network traffic if it is to stand any chance of coping with the rise in mobile data consumption in the future. The system is currently still at the design stage. 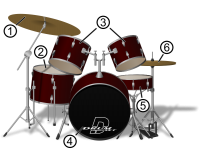 BlackBerry manufacturer RIM has taken an interesting music-slanted approach to the issue of smartphone security.

The patent - US Patent No. 8,125,312, in case you were wondering - details how a phone can interpret rhythmic screen tapping as an unlock code, meaning you could theoretically secure your touchscreen device by tapping out a (reasonably) complex rhythm.

The system recognises positional data, as well as the force of the input. If implemented, it *ahem* sounds like users will have to keep their fingers limber if they want to check their mail.

Still, I guess it's more interesting than typing "0000" twenty times a day.

The top 6 handhelds of all time