While everyone in Europe slept, the Pocket Gamer Awards 2012 party was in full swing over in San Francisco, as we celebrated the best in pocket gaming from last year.

The event, held at the trendy ROE club in San Fran's Bay Area - and made possible thanks to sponsors iDreamSky, CocoaChina, GREE, and FreeAppADay - saw developers and publishers representing a wide array of portable formats congregate for the opportunity to be photographed holding a little yet vital glass rectangular cuboid.

And behind the camera, as ever, was PocketGamer.biz's editor and chief photo enthusiast: Jon Jordan.

Here are some of the moments forever immortalised by his shutter-loving finger.

Our thanks to everyone who turned up, and huge congratulations to the winners. 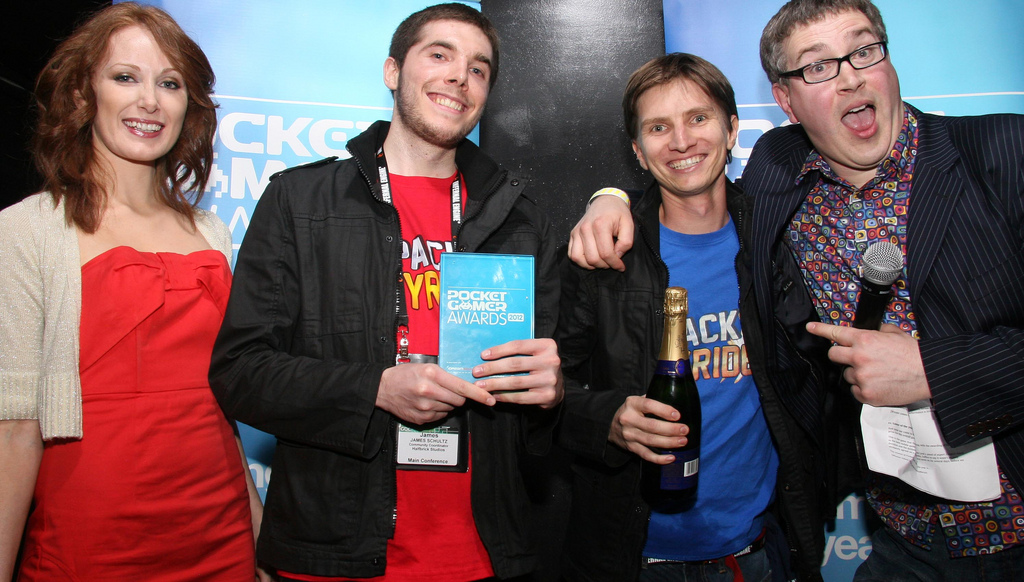 Halfbrick picking up one of its four awards. Yes, four. 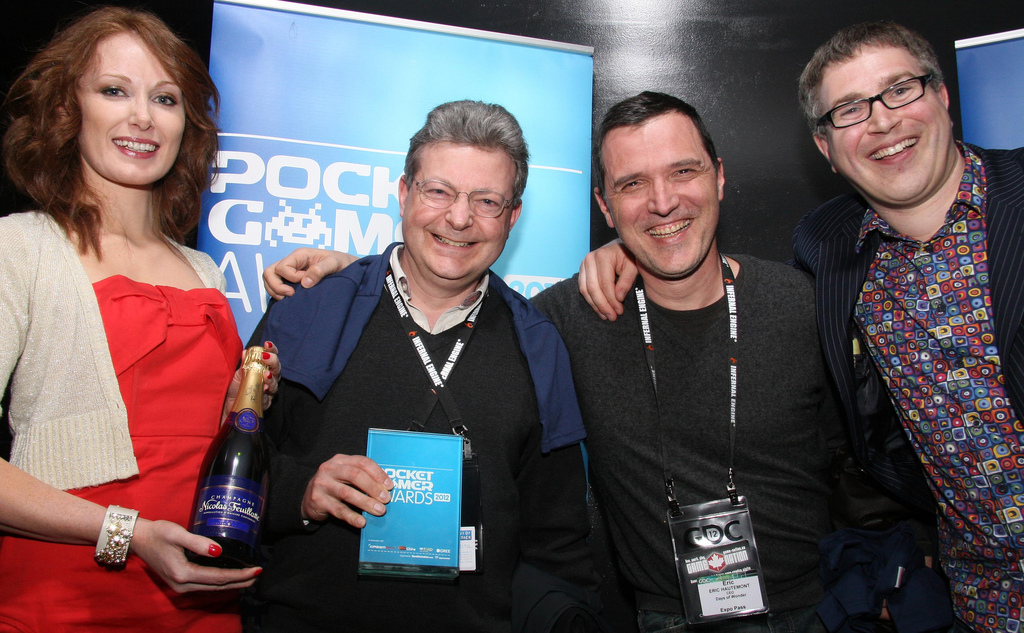 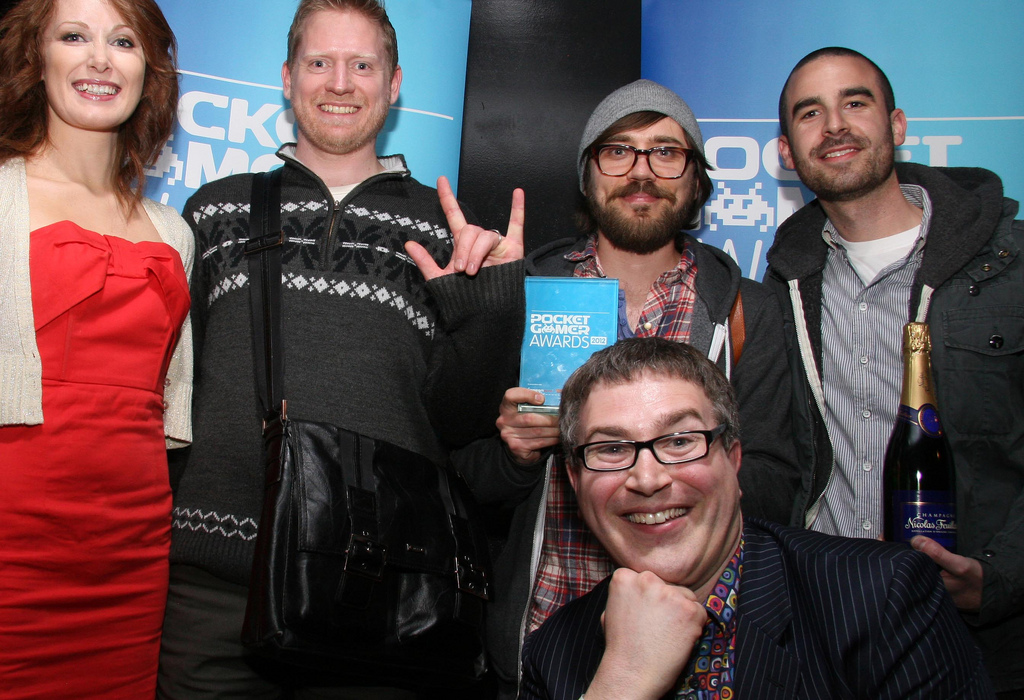 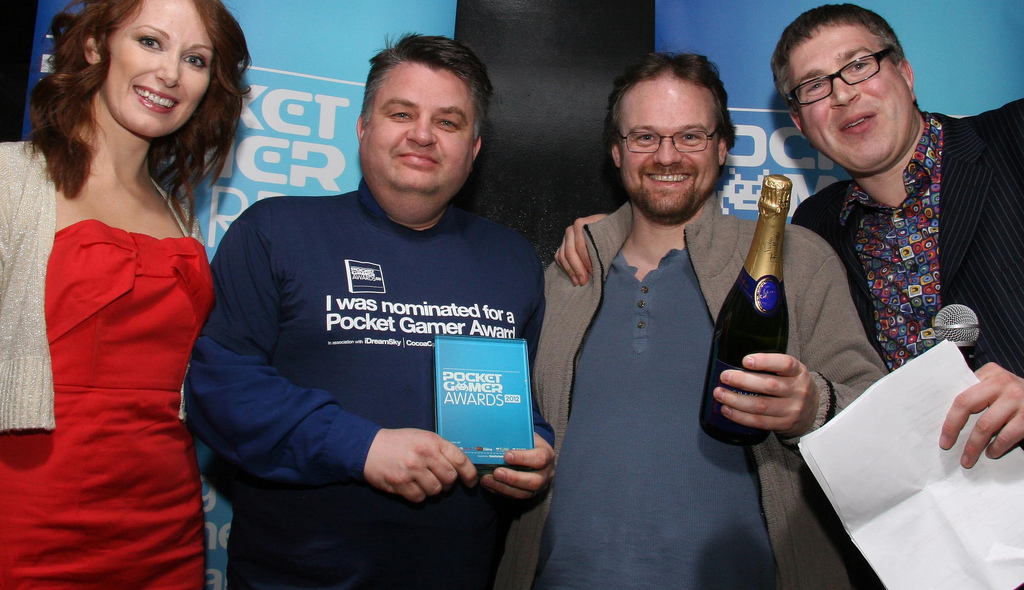 The Android Game of the Year trophy was awarded to Mr Karoshi (by YoYo Games). It's what he would have wanted. 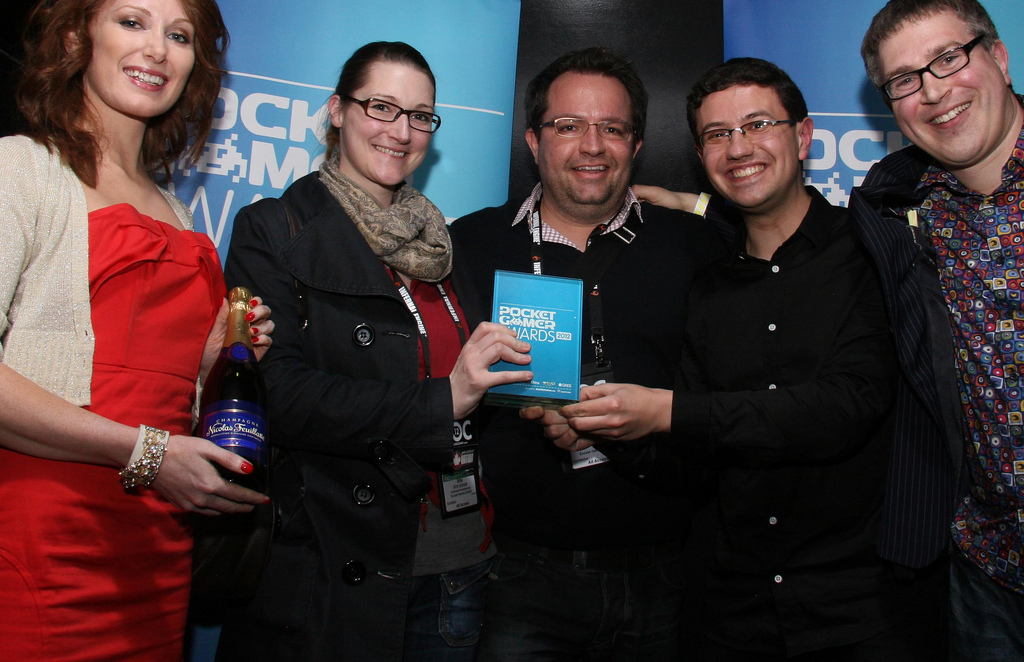 All smiles for Carcassonne publisher Exozet Games as it conquers all to claim Mobile Game of the Year. 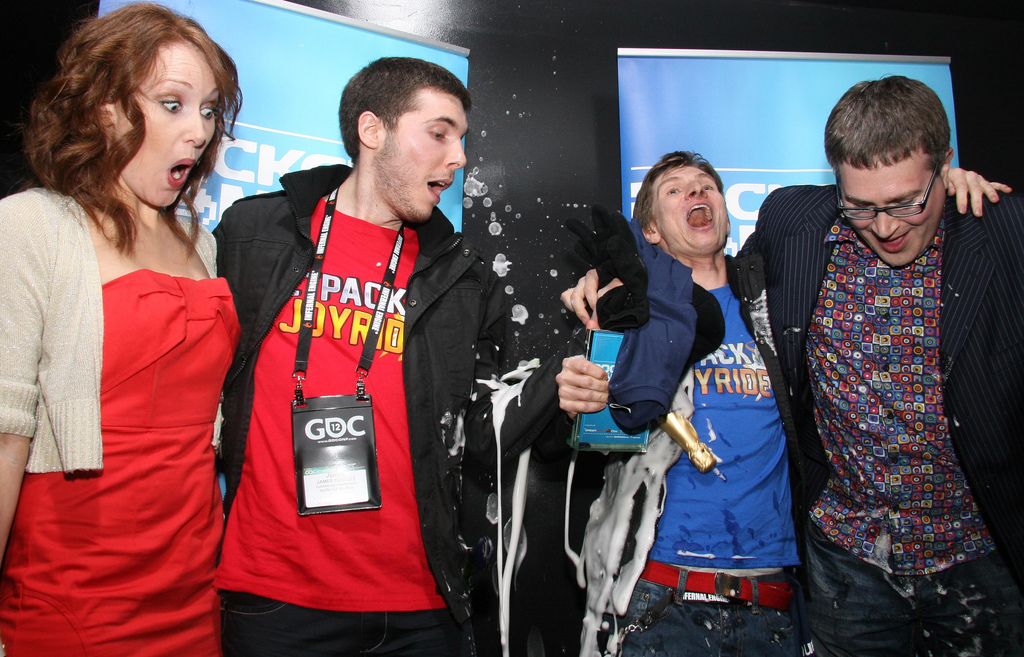 Alas, after four awards, Halfbrick couldn't hold anything else...

You can check out the full set of photos on our Flickr page.