It does have some games, y'know

BlackBerry PlayBook OS version 2.0 has finally landed, which means, ahead of the anticipated 'thousands' of new games and apps that RIM promises, it's time to see where the ailing tablet stands.

We've had a hands-on with the new version of the OS and given our two cents on the user experience front. But, we're very well aware that to make or break the PlayBook, at least in our eyes, a significant game-heavy wave of content is definitely needed.

That's not to say that the PlayBook isn't already worth a pop. Have a look down our list of the top ten PlayBook games and let us know if you think the device has a strong enough foundation for another go at the busy tablet market.

What can be said about Angry Birds that hasn't already been said?

Whether or not you have heard of the world-famous physics-based bird-flinging game before (who hasn't, though?), you owe it to yourself to give it a whirl on the ol' PlayBook.

The tablet's 7-inch screen is perfectly sized for some virtual bird propulsion, though if you do own Angry Birds on another device, then there is little else extra on offer in the PlayBook edition.

Plants vs Zombies is rightly regarded as an icon of the tower defence category. Developer PopCap's most famous title may not be the newest kid on the TD block any more, but it still remains the best.

In a similar way to Angry Birds, the PlayBook's 7-inch screen plays a pivotal part in making this an essential purchase for owners of BlackBerry's touchscreen slate.

Once you've planted your first few garden variety turrets, you'll find it hard to put the game down as you battle to prevent the onrush of undead from munching on your grey matter.

Cut the Rope HD
By ZeptoLab - buy on BlackBerry PlayBook

You'll only be a few levels into Cut the Rope HD's laudably simplistic yet agonisingly mindbending collection of physics puzzles before things start getting extremely tricky.

To play the game, you simply swipe your finger to snip a cord. At one end of the rope is a piece of candy with which you must feed the game's main character: the charming monster Om Nom.

Fast forward a bit and you'll be lining up elasticised ropes like slingshots, avoiding spiders, gaining lift from whoopee cushions and defying gravity - all in the name of confectionery-based feeding time.

In this PlayBook iteration of console game Dead Space, the story world is expanded upon via new character Vandal, who, despite donning similar threads to the original game's Issac Clarke, is a much more mysterious character.

Guiding Vandal through the cold hard recesses of the Sprawl was easier said than done on iPad, not only due to the game's horrifying Necromorphs, but also due to some dodgy controls.

But, the game feels like it was truly made for the PlayBook's 7-inch screen. The virtual controls are intuitive and well positioned, meaning it's even easier to enjoy the (inter)stellar production values on offer.

By Gameloft - buy on BlackBerry PlayBook 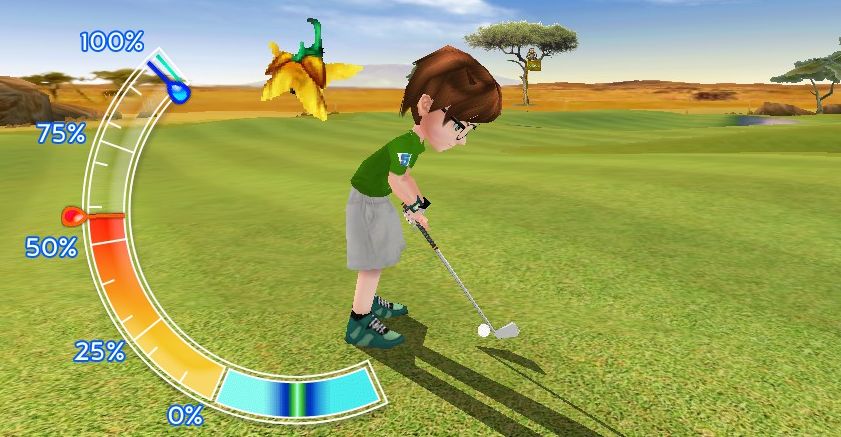 Gameloft has come under fire a fair bit lately, but whatever your opinions on the French outfit, it's hard to find too much to fault with Let's Golf! 2 HD.

Yes, yes, it's pretty much a rip-off of Everybody's Golf, but Let's Golf! 2 HD remains a delight to play and to look at.

After selecting your golfer, you get to choose from a selection of international courses, from Kenya to Germany, with all manner of options and customisable features.

Before too long, you'll be kitting out your avatar in all manner of stylised chibi anime clothing. Honest.

The world of Canabalt is falling apart, and as the sole survivor, you must dash across the collapsing rooftops in super-quick time.

It may not be the most complex of games, but the simple tap-to-jump mechanic is part of what makes Canabalt so special. It's a pure shot of freerunning adrenaline, with none of the faffery that bogs down a lot of modern titles.

It also boasts a cracking soundtrack, including some epic apocalyptic electro.

Papa's Burgeria may not be the most graphically impressive of titles out there, but it more than makes up for its visual shortcomings with some sharp and satisfying time-management gameplay.

You'll start the game as a lowly burger flipper, taking orders and building burgers for the constant stream of customers waltzing through Papa's, an unsavoury-looking burger joint.

As you progress, you'll be able to upgrade your humble restaurant with posters and even a waiting room TV, all the while ensuring that every customer gets the specific burger that he orders.

By Jean-Francois Geyelin - download for free on Blackberry PlayBook

PewPew isn't just the sound you made when you were five imagining that the grubby bit of twig you were grasping was a tommy gun. No, it's also the name of this rather excellent retro-styled twin-stick shooter.

PewPew pits your tiny spaceship avatar against an ever-expanding cyclone of bullets and enemy ships. Your vessel may very well have shields, but if it takes too many big hits, it's goodnight, Vienna.

The colourful lines on dark backgrounds coupled with the fast-paced nature of the gameplay call to mind the modern iterations of Pac-Man, especially the much-lauded Pac-Man Championship DX Edition.

Kami Retro HD is unique in that it immediately invites comparisons with so many great titles yet retains a healthy degree of freshness.

Even the most unsavvy of gamer will notice that its blocky visuals are inspired by Minecraft, its colourful landscapes owe a debt to Super Mario Bros., and its death-filled puzzley gameplay isn't too far removed from Lemmings.

What you have to do in Kami Retro HD is use a variety of touchscreen actions, such as swiping, tapping, and dragging, to guide an army of four suicidal bearded fellows to the safety of each screen's exit door.

Easier said than done, especially when all manner of spikes, pitfalls, man-eating plants, and precariously placed springboards are involved.

The humble point-and-click adventure game might be gaining a lot more attention at the moment thanks to the recent Kickstarter-related Double Fine news.

But, Tim Schafer's studio isn't the only developer having fun in the realm of inventories, pithy one-liners, and, in the case of The Visitor, cat-violating aliens.

In The Visitor, you're tasked with helping a strange alien entity navigate through the night and into the house of some innocent earth beings. It's definitely not a game for the squeamish, for it can get pretty hairy at times.

The Visitor is a dark game, and its humour won't be to everyone's tastes, but the multiple endings mean that once you've played through the game once, you'll want to give it another go, just to see if you can avert tragedy.