Before its April 2011 launch, RIM's PlayBook was billed as a potential iPad killer, which just goes to show how bitterly disappointing the device has been - at least in terms of sales.

So while PlayBook owners might sing about their device's size, build quality and genuinely intuitive bevel panel and user interface, they've really suffered in the barren landscape of the BlackBerry App World store.

But, apparently, all that is set to change, with RIM anticipating thousands more apps to hit its 7-inch tablet, prepared by today's (21 February) OS version 2.0 update (a 400MB download).

But is it a case of too little too late?

The first thing you'll want to do with your shiny new OS is take advantage of its new social network integration features - this is the headline addition.

It merges all your contacts and emails into one source which you can tap into across various applications.

You can, for example, view all your contacts, across Twitter, Facebook, or your email address book, and opt to get in touch with them via any of those means from the main Contacts app. 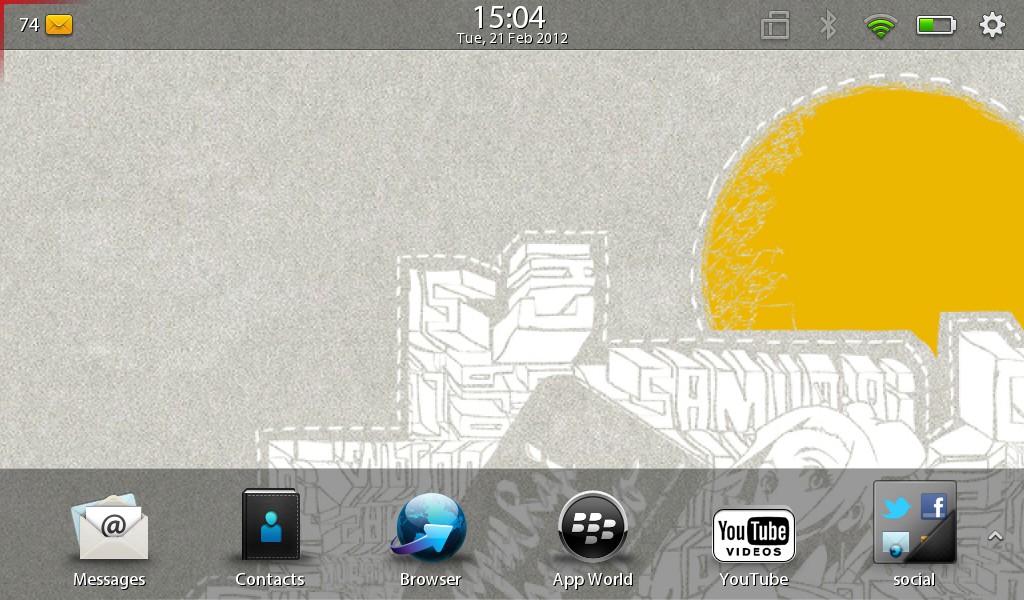 However, there has been the occasional glitch when casually browsing through the mail client. At one point it inexplicably decided to spasm, not registering taps and randomly opening unselected windows.

One has to hope these bugs get ironed out in a future update, though the more critical among you will be rightly be asking, "Shouldn't this stuff be fixed right now?"

The 2.0 OS update comes with a new Calendar app which, rather like Windows Phone, integrates Facebook and Twitter, meaning that birthdays and events are automatically synced into it from those sources.

You can now organise your PlayBook's content into folders - again arguably something that should have been included from the off. 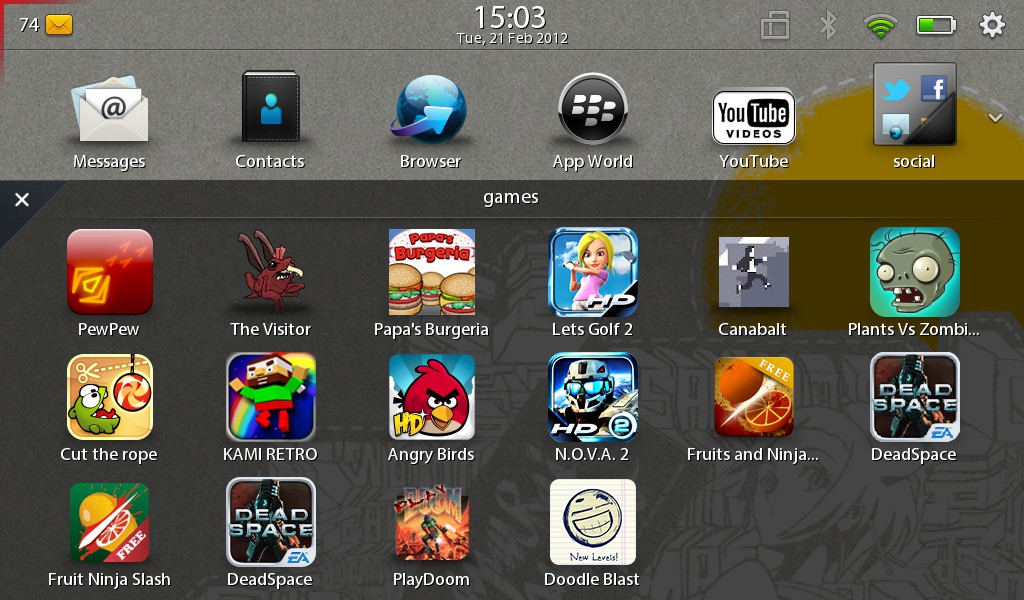 There's a new File Manager too, which lets you get down into the nitty gritty organisation of individual documents and such.

Let's be honest though, you're not here to read my prattlings about email clients and calendars. Let's talk about what really concerns the astute Pocket Gamer.

Show me the games

RIM has promised thousands of new apps will hit its PlayBook (indeed 6,600 new developers have apparently signed up in the past month) but thus far the App World is hardly a hotbed for mobile gaming.

That said, there is a growing following with established games from other arenas making there way over (Angry Birds, Cut the Rope, Plants Vs Zombies).

Just before the update landed iOS indie hit Canabalt landed on the PlayBook for free.

And whatever your opinion of French publisher Gameloft, it hasn't been shy in its support of the PlayBook, with day one updates to games such as Let's Golf 2 HD and N.O.V.A. 2 HD.

But while there are some PlayBook diamonds in the rough, such as time management sim Papa's Burgeria or oddly dark point and clicker The Visitor, the number of stand out games hasn't risen significantly alongside the 2.0 update.

Still, you will notice the App World store front now seems prepared for an influx of new content. 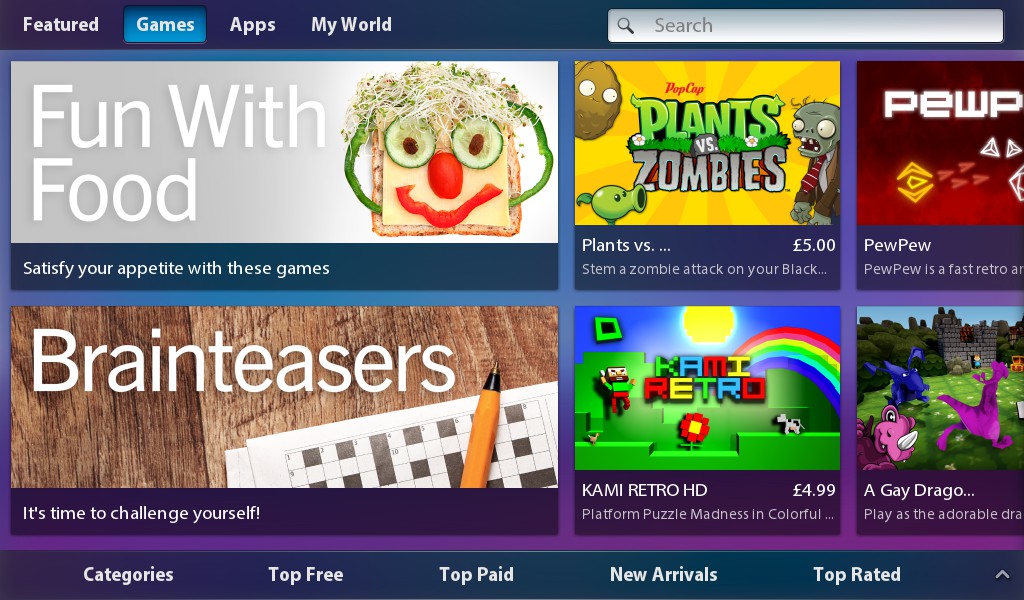 The previously woeful act of trying to browse new content has been given a shot in the arm through new graphical carousels, and new tabs, such as New Arrivals and Top Rated.

There are also promotional Featured sections such as Fun With Food and Brainteasers. No doubt, these will be regularly updated in future as happens on the App Store etc.

The PlayBook has always been a nice device to use and it's been a genuine shame that its app line up and lack of standard tablet features let it down.

With this 2.0 update RIM - and user experience company The Astonishing Tribe - have looked to start afresh, offering up many of the things they initially didn't have time to include.

It means that the PlayBook can now better match up to other tablets, although the iPad remains untouchable in terms of price, features and brand recognition

Still, should a significant number of quality games arrive on PlayBook - and that's what RIM's promising over the coming months - it certainly has the potential to build a cult, and perhaps even a larger, following as new devices are rolled out.

It's especially the case considering its favourable cut price point of £169 or $299 in the US.

Notably, it was price and lack of apps that stopped us more highly recommending the PlayBook in our original review of the device.

If nothing else, then, RIM has a solid foundation to build on.