Another slim model takes to the streets

After its announcement at the Consumer Electronics Show in January, Motorola has confirmed UK consumers with an eye for fashion will able to get their hands on the Motoluxe at the end of February.

The Motoluxe won't set the world alight in terms of hardware specification, but it aims to be extremely affordable and tick all the right boxes when it comes to looks, while also offering a few clever software features to keep socially active users happy.

The Motoluxe is slim at just 9.9mm thick and weighs in at just 124g, despite packing in a bright 4-inch, 480x854 pixel, display and an 8-megapixel snapper with flash and HD recording.

It also features a lanyard slot in the bottom corner that lights up to notify you of missed calls, new texts, emails and instant messages. 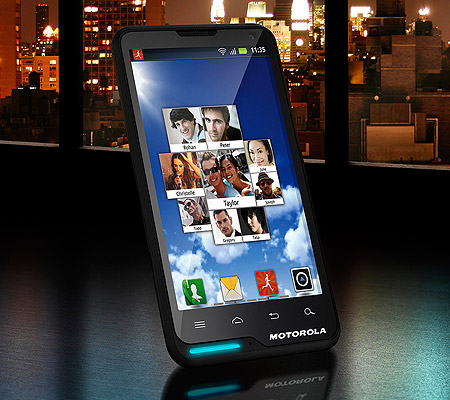 On the software side, Motorola will ship the smartphone with Android 2.3.7 and not the latest Ice Cream Sandwich (4.0) release, although a free update will be offered later in the year.

Motorola is also keen to promote its new MotoSwitch user interface, including Social Graph and Activity Graph, two apps that monitor who you're frequently interacting with or the apps you use most.

Along with the music you listen to, or the pictures you view, the phone will automatically promote contacts or content automatically, saving you the need to manually customise the homescreens yourself.

The Motoluxe has a single-core 800MHz processor, with 512MB of RAM, microSDHC memory card slot, Wi-Fi, 3G and is powered by a 1,400mAh battery. It also has a VGA-resolution front facing camera for video calling.

The Motoluxe will be out in the UK before the end of the month. 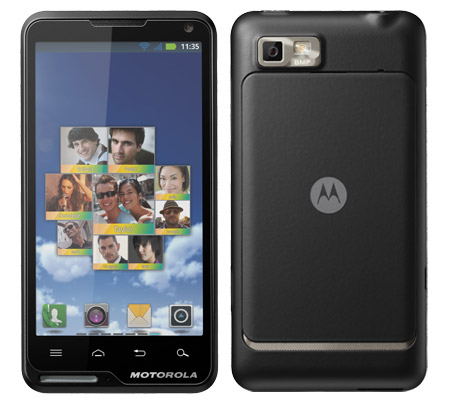