I turn my camera on

Nintendo's made a habit out of porting N64 games to the 3DS - just look at The Legend of Zelda: Ocarina of Time 3D and StarFox 3D. Add a pinch of stereoscopic depth here, retrofit some gyroscope controls there, and spruce up the graphics everywhere, and Nintendo's got another 3DS system-seller.

But, there's one dusty N64 cartridge that's calling out for a 3D remake louder than any other. A well-loved and fondly remembered classic that would work so well with the handheld's unique features - gyroscope, augmented reality, online sharing - that it'd be a crime not to revamp it.

No, not Superman 64! We're talking about Pokemon Snap!

It was a spin-off pocket monster game that had you taking photographs of the elemental critters in their natural habitats. Photojournalist Todd Snap would trundle through caves, valleys, beaches, and tunnels in a funny yellow train, snapping Pikachus and Digletts.

It was innovative, clever, and a smart branch of the world-dominating Pokemon franchise (remember when Pikachu was bigger than Jesus, and the red Angry Bird?), But, why would it work so well on 3DS? We argue the reasons in our open letter to Nintendo's design team.

The gyroscope that's lodged inside every 3DS is a nifty piece of tech. It's a motion sensor that's more concerned with the position of the console in space than how fiercely you can waggle the handheld.

This lets you pick out targets with speed and accuracy simply by pointing your console around the room - even if that means spinning on the spot and looking behind you.

It would work well in Pokemon Snap, too. As Todd meanders along those train tracks, you'd be able to hunt around for photographic opportunities just by standing up and panning your console around the room.

If you're playing on the bus and you don't want to spin around in circles like a complete nutter, you'd just switch to the Circle Pad in the options. 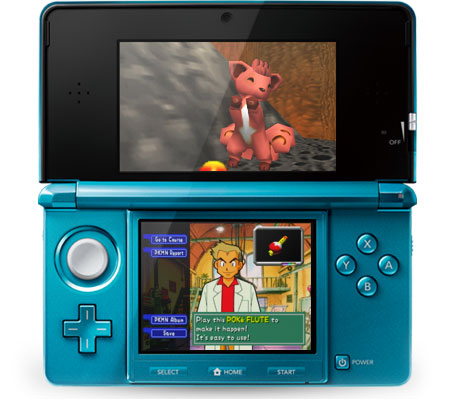 Pokemon Snap was full of little tricks that you needed to discover if you wanted to find all the Pokemon and get the best score. Remember throwing the apple at the Charmeleon and knocking him into the volcano? And when he later emerged as a Charizard and blew flames into your camera?

Imagine how cool that would be if the flaming dragon Pokemon actually burst out of your screen in stereoscopic 3D. If you weren't expecting it, you might need to change your undies.

Yes, we're easily impressed, but the glasses-free screen of the 3DS has retained its luster after almost a year of having the device. It gives depth to environments and can make props leap out of the screen. And we'd give anything to see a Diglett in three dimensions.

Pokemon Snap has always let you share your photos. The N64 version let you take the cartridge to Blockbuster (in America) or Lawson (in Japan) to get your prize-winning shot of Diglett printed out. The Wii Virtual Console edition even let you export the photos and send them to friends.

On the 3DS version, we could share photos on Letter Box, the note-swapping app from Nintendo. Or the game could feature a Hall of Fame screen, with your friends' favourite and top-scoring Pokesnaps displayed in a wee gallery.

Being able to save the photos to an SD card would be nice, too, so that we can tweet that favourite Clefairy photo to a clearly uninterested group of Twitter followers. That would be just swell.

Spot Pass lets Nintendo silently deliver data to your 3DS, even while the console is sleeping on your shelf. This means the next time you crack open the lid (providing the battery hasn't run out), you'll have new stuff to play with.

In Pokemon Snap 3D, the publisher could send out weekly challenges. Take a photo of a Hitmonchan, say, or earn more than 40,000 points on the beach level. If you manage to complete the challenge within the week, you'll earn some in-game goodies. 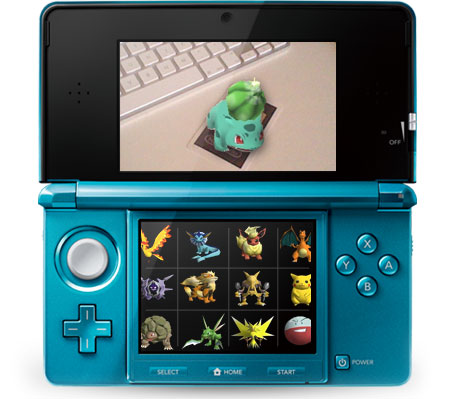 Nintendo's other connectivity thingy is Street Pass, which silently swaps packets of data with other 3DS owners as you orbit them in public. The consoles will trade Miis, play faux Dead or Alive: Dimensions matches, and unlock special levels in Super Mario 3D Land.

It would be cool if your 3DS could spit out a favourite photo from your collection of snaps - but, we fear that briskly passing someone in the street doesn't grant the device a large enough window of opportunity to wirelessly send an entire photo.

Sending a score would work, though. "That person you just shuffled past in Mayfair got a humongous score on the tunnels level. Think you can beat them?" This would foster mini-rivalries, even if you'll probably never encounter that person again in your entire life.

We already saw augmented reality Pokemon in the free downloadable Pokedex from last year. This let us snap 3D shots of our favourite Black and White critters in real-world locations, putting Ferrothorns in our garden and Palpitoads in our bath. Those were the days!

In Pokemon Snap, we reckon we should be able to use Red and Blue monsters as augmented reality subjects if we manage to find them in the main game. Then, in the AR mode, we can choose Charmander or Mr Mime from the bottom screen to have him appear in front of the camera on the top.

It would also be great for mini-games. You could imagine a Smack-A-Rat-style game where Digletts poke their funny little noggins up around your room, or an outside game where you have to fend off a barrage of incoming Pidgeys.

For an example or two of AR being implemented in this fashion, see Star Wars: Falcon Gunner and UFO on Tape for iPhone. They superimpose X-wings and UFOs, respectively, onto your real-world skyline.

Those are Pocket Gamer's ideas for a dream Pokemon Snap remake. Would you buy it? How would you like to see the game remade? Let us know in the comments below.
SEE COMMENTS