There's a bit of BlackBerry news in this week's round-up, which is always exciting to see. Even better, it's not one about the current financial or boardroom difficulties at RIM.

That's not to say Google's or Apple's mobile operating systems are ignored, however, for there's news that The Big G is taking the threat of viruses on its open platform a lot more seriously, and that The Big A's share of the mobile phone market is growing at an alarming rate.

Well, for its competitors, at least.

Naturally, there are loads of other stories on mobile content and tech I just couldn't squeeze into this week's round-up, so if you're interested in learning a bit more, do pop over to Pocket Picks.

Five years ago, Apple was the company shaking up the music industry with iTunes and the iPod. Now, the firm has properly shaken up the mobile industry, too, with the news that it has overtaken LG to become the world's third-largest mobile manufacturer.

The figure comes from the International Data Corporation Worldwide Mobile Phone Tracker survey (not the catchiest of names), which examines the total market size and vendor share of mobiles across the globe.

Unsurprisingly, Nokia is still the largest manufacturer, thanks to its immense share of what people like to call the 'feature phone' market (not smartphones, basically), with Samsung and its legion of Android handsets following close behind in second place. 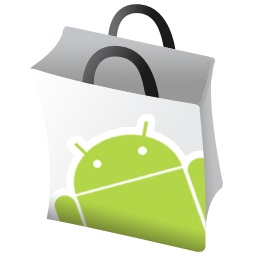 Everyone keeps banging on about Android viruses and malware, but up until now, the threat hasn't really been seen as much more than an occasional annoyance.

Nevertheless, that hasn't stopped Google proactively stepping in to ensure the situation doesn't blow out of control. To that end, the company has just released a new anti-malware system on the Android Market, codenamed "Bouncer".

Bouncer automatically scans the Market for any malicious software, with its aim to root out offending apps before you even download them to your phone. Some staunch advocates of the open nature of Android may balk at the idea of an automated watcher, but hopefully such a system will provide protection for normal users.

RIM may be in trouble from a mindshare (and fiscal) perspective, but that isn't stopping the Canadian firm from releasing new models in the BlackBerry family.

The latest, revealed in a leaked slide apparently from a RIM (via Crackberry) presentation, is the BlackBerry London: a touchscreen BlackBerry 10 device that appears destined for the European (and - would you believe - the UK) markets.

The phone will likely be the first to run this new touchscreen-optimised version of the operating system, which RIM will be hoping is sufficiently impressive to woo Android and iPhone owners over to the BB fold. A release date and detailed specs for the device are still, alas, under wraps. 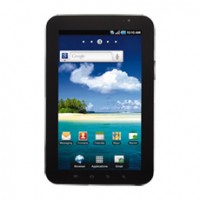 7-inch screen? Pah! 10.1? Are you joking? No, what you really, really want - or, at least, what Samsung thinks you want - is a tablet that drifts ever closer into full-sized monitor territory.

Yes, Sammy's currently unnamed (and potentially fictional) 11.6-inch machine is said to be lined up for an official unveiling at this month's Mobile World Congress in Barcelona. It's expected to pack a dual-core processor and a whopping 2560x1600 resolution screen.

I'm no techie, but given that dual-core processors tend to power screens of 720p and below right now, unless the GPU side of the unit is significantly faster than today's machines, I just can't see how this rumoured touchscreen monster will run at a decent speed on anything bar the simplest graphical operations.

I'm hoping to be proven wrong, of course. We'll find out if there really is a giant tablet waiting for us with a Samsung logo on the front on February 22nd. 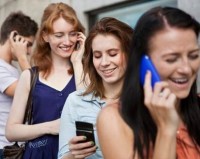 Slowly but surely, the UK telephone networks are returning to the unlimited data plans of the past. Probably, because it's now an extremely attractive feature of a contract for modern mobile users.

T-Mobile is the latest to offer up an all-you-can-eat deal for its data network, called "The Full Monty". Rather than present you with a free copy of the '90s British comedy film about male strippers, though, The Full Monty offers unlimited data, calls, and texts on a 24-month contract.

As you can probably imagine, all that comes at quite a hefty monthly cost: £36 / month with the cheapest phones, while the iPhone 4S is free on the beefier £46 / month tariff. That's a total outlay of £1,104 over two years, for those keeping score.