Welcome to this week's Pocket Picks round-up! Hope you're all well and not suffering from the same nose-blocking, tissue-loving cold as I.

This week's round-up contains quite a few Apple rumour stories to chew over, including the inevitable mention of the iPhone 5 and iPad 3. They're not the rumours you think they are, though. Hopefully.

Elsewhere, UK phone network O2 has found itself in a bit of a pickle over internet security, while Sony tablet owners will be pleased to learn that the company seems intent on actually supporting its hardware post-release (which is more than can be said for certain other Android manufacturers). 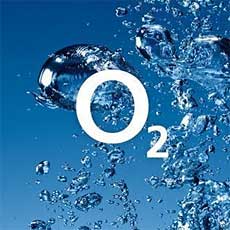 Oh dear, O2. The UK telco got itself into a spot of bother earlier this week when it was discovered that users browsing the internet via their mobiles were giving out their numbers to website owners without the users' knowledge.

A website set up by Lewis Peckover designed solely to show what information is passed on when you access it revealed that if someone is browsing on O2's data network (not via wi-fi or the like), then his / her number is displayed.

O2 has said that solving this issue is "top priority", and that it's hoping to have it fixed "as soon as [it] can". Why it was sending out the number in the first place, though, is a mystery.

Nokia Lumia 900 likely arriving in the UK in June

Looks like Nokia's going to be continuing in its efforts to confuse everyone about which Lumia is out where.

European phone retailer Carphone Warehouse has accidentally revealed that the formerly US-only Lumia 900 (not to be confused with the European / rest of the world Lumia 800) will be heading to the UK in June.

The Lumia 900 is a slightly larger variant on the attractive Lumia 800, with a 4.3-inch display and a 1.4GHz CPU. The American model also comes with LTE connectivity, which is something that may not appear in the European version given that most European countries appear to be stubbornly refusing to upgrade their mobile networks to the next-generation wireless standard.

Personally, I'm more eager to manhandle the incredibly well-priced Lumia 710 (£300 SIM-free, or free on a not eye-gougingly expensive contract).

Good news, Xperia and S tablet owners! Sony has confirmed that it will be updating its popular Android smartphone and tablet ranges to the latest version of Google's mobile OS come spring.

Of course, if you've been paying attention to the Pocket Picks round-up, you'll know that Sony Italy basically spilled the beans on this a few weeks ago. This, however, is the first time that the company has confirmed that its tablet range will be included in the update.

Hopefully, that means features that'll make all Xperia smartphones as quick to take a picture as the recently unveiled Xperia S, although we're not holding our breath on that one.

Lytro cameras may be in future iterations of iPhone 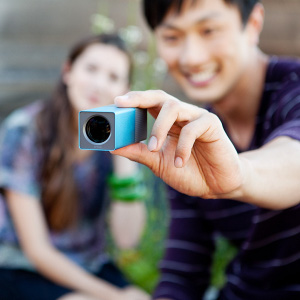 The first of our Apple rumours this week centres on the type of camera new iPhones may use, rather than if they'll be shaped like Zeus's Tear or pack a quad-duper-super-core processor. Thank god.

Still, the camera in question isn't your usual 8- or 12-megapixel model, but rather a "light field" device from Lytro.

Light field cameras are rather fancy in that they can re-focus an image after it's been taken. Not in a Photoshop 'sharpen and blur' way, either, as you can see from this test image.

In Adam Lashinsky's upcoming book Inside Apple, it's claimed that the late Steve Jobs held meetings with one of the founders of Lytro to discuss the technology's inclusion in future Apple products.

Unfortunately, the Lytro camera right now is an oddly shaped device that wouldn't fit particularly well into an iPhone's frame, so I wouldn't start praying for a Lytro-equipped iPhone 5 just yet. 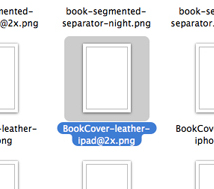 Apple usually does a fine job in keeping any information about upcoming devices firmly under lock and key, but everyone slips up now and again.

Eagle-eyed users of the firm's iBooks app, for instance, spotted a set of graphics designed for a display that has twice the resolution of the current iPad 2, which - if true - would put the iPad 3's DPI at around the level of what Apple likes to call a "Retina display".

Of course, as with everything Apple, this hasn't been announced by the company itself, so it's all just rumour and speculation at this point.