Judging by the way the film ends, with psychopathic Jack chasing poor Timmy through a wintry maze of doom, 'dull' doesn't quite begin to describe the dangers of workplace boredom.

Chances are that every single person in the world will at some point have to pander to the system and become a brainless wage monkey, clocking in, sitting down, and slowly turning insane.

In this modern technological age, though, we are no longer compelled to spend our office lunch breaks by the water cooler, expressing mild interest in last night's edition of The X Factor.

That's right: we're gamers. So, have a quick glance around to check the boss is out of earshot, ensure your computer screen has something which looks vaguely like work on it, and pull out your bada-powered Samsung smartphone, for these are the top five bada games for the workplace. 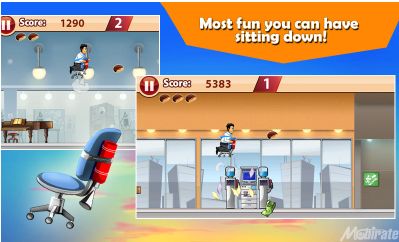 How many times a day do you fantasise about nicking your office swivel chair and riding it backwards, using an upside-down fire extinguisher as a bespoke jet booster? At least three times, right?

Well, ruminate on those possibilities no more, for Office Games lets you live out this potentially disastrous fantasy in the harmless world of your smartphone. It's fun, and you won't have to worry about crippling your co-workers.

You can also spend 30 or so minutes just procrastinating by lobbing virtual balls of waste paper into a bin, or, oddly enough, by pitching penguins from atop your office block's roof. 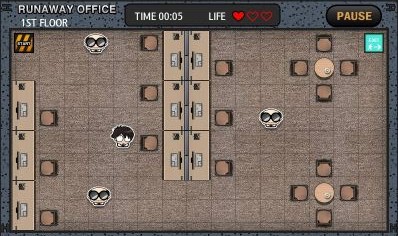 In RunawayOffice, you'll be able to get some real practice in for that ultimate goal: escaping overtime at work to go out on a date with the missus / fella.

Your overworked, geeky, and bespectacled avatar is trapped in the dull grey recesses of his office block and it's up to you to tilt your phone about and get him the hell outta there.

Trouble is, there's a whole batch of troublesome office furniture in the way, and the ever-watchful brown-nosers who will dob on you to their superiors should they spot you sneaking off. 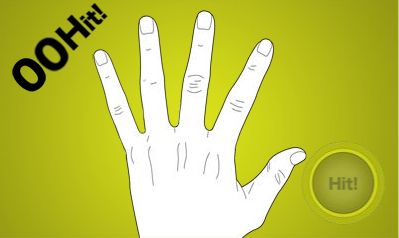 Is all that typing playing havoc with your appendages? Do you often find that you wake up in the night cold and drenched in sweat, with your fingers madly typing in the air?

Perhaps, you need to give them something else to spice up their humdrum keyboard-based existence? We recommend Finger-ache on bada, which despite sounding like something the average person would want to avoid, is actually a funky little distraction.

Remember that scene from Aliens when Bishop uses a knife to play 5-finger fillet? Because that's what Finger-ache, essentially an extended mini-game version, is all about. Only with a pencil. 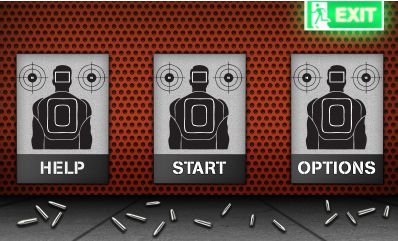 Put your Prozac down, you most downtrodden of white-collar sloggers. Put it down, in fact, and pick up a machine gun. Not literally, mind, since that would be very wrong.

In StressShooting, you won't need to don big expensive ear muffs, a Kevlar vest, or sunglasses indoors to blow your very real stress away.

As you progress through the game, a range of incredibly manly weaponry will become available. The aim is to shoot down all the targets in a stage before you run out of precious bullets. 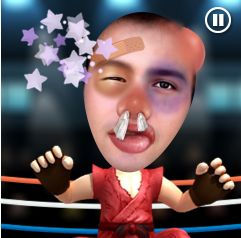 Pretty much the only good thing about having a useless David Brent-esque boss is the chance it affords those working under him to while away the hours wondering about the stealthy ways in which you can belittle him.

With Hit My Boss, all the hard work is done for you. Just casually take a photo of your boss and watch as his / her smug face is transmogrified into an on-screen rag doll, gagging for a thrashing.

The best part is that the game will register your taps and swipes and translate them into bruises and scars, helping you to make your boss look like Rocky Balboa's less attractive brother.

Hands-on with EA tapper Fly With Me