For a while, it seemed as if the networks were giving up on releasing their own branded smartphones, but T-Mobile is continuing the tradition.

Its latest offering is the Vivacity, a sub-£100 smartphone that runs on Android 2.3 and bears a strong resemblance to the iPhone 4S.

You may wonder why T-Mobile has chosen this approach over that of its sister network Orange, which used a totally different design for the San Francisco II. Each one is a variant of the same ZTE-built smartphone. 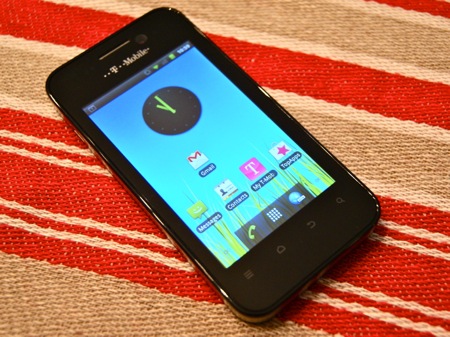 In my opinion, the Vivacity is nicer to look at than the San Francisco II, although it might also attract some unwanted attention from Apple. There's minimal branding, with only the T-Mobile logo above the display. There's no handset name written on the front (like the San Francisco II) or anything at all on the rear.

From the back, there's nothing but the camera lens, a tiny flash, and a virtually invisible speaker. Beyond that, there's just one big black shiny panel to gather fingermarks - something it does extraordinarily well.

On the edges, you'll find the headphone socket, volume keys, power button, and a micro-USB port. 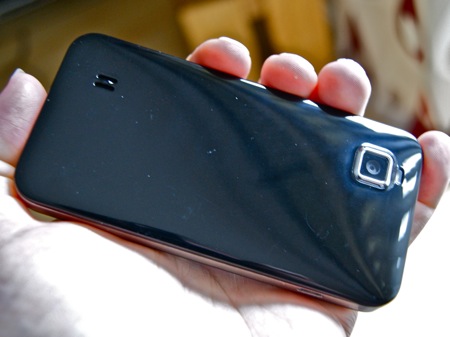 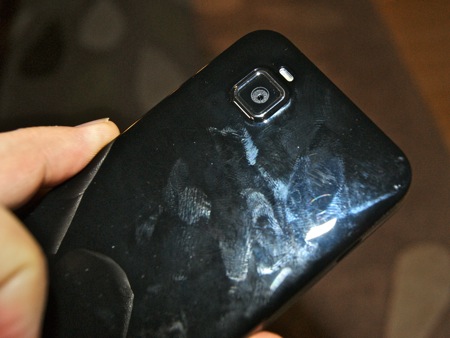 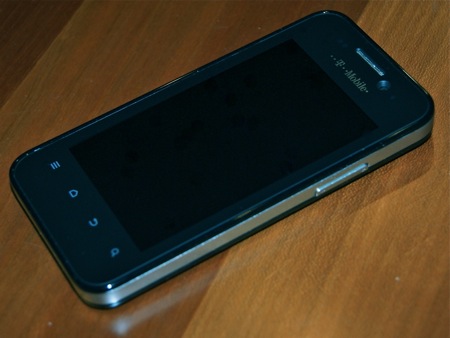 You might not expect much for £100 - especially as you read about all the new devices with dual- and quad-core processors, each so powerful that one day you'll ditch your home PC and run everything from your phone.

The reality is somewhat different. While technology is advancing at an almost alarming pace, the needs of most consumers haven't changed very much.

The Vivacity is more than capable of holding its own against the competition, with a 5-megapixel autofocus camera and a display that shows the same 480x800 pixel resolution as most of the far more expensive competition, including current models like the Samsung Galaxy S II and Nokia's Lumia 800.

The single-core processor only runs at 800MHz, but when we ran the phone through a range of benchmarking apps the results were impressive, relatively speaking. It happily alongside handsets like the first Samsung Galaxy S, which was state-of-the-art little over a year ago.

We've got a long way to go before many apps and games will require the extra power offered by the more expensive models. The T-Mobile Vivacity might not be as quick as a £500 smartphone, but it will run games and applications, and play movies. 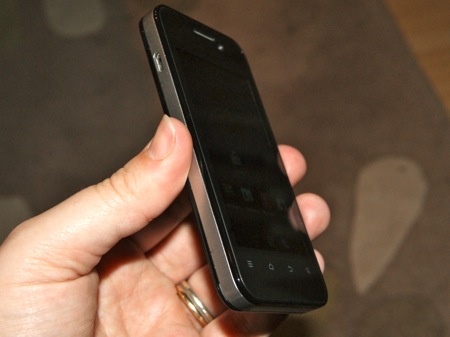 Even the 1,500mAh battery shows that no compromise has been made, and thanks to the phone's smaller screen size and a lower clock speed the battery on the Vivacity is a breath of fresh air compared to the high-end devices we usually get to use these days. Here's a phone that can actually last for two or even three days on standby with moderate usage.

The 5-megapixel camera is good, but not fantastic. The interface is the standard Google affair, which is pretty basic. Even in moderately good light I found quite a bit of noise in the resulting images.

The flash has no automatic mode, either, so assuming you will set it to 'on' by default, you'll probably get a lot people asking why you thought you needed the flash in broad daylight.

For video, there's no HD mode, but the video captured at VGA-resolution is smooth and perfectly adequate for sharing or publishing on YouTube. 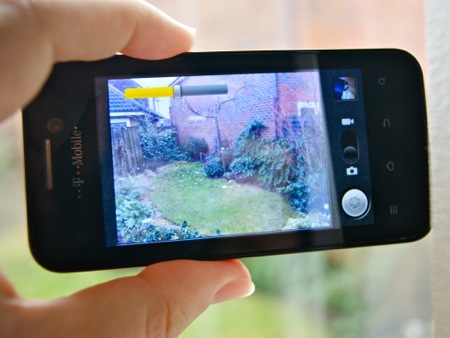 Everything was going along fine until I tried to download Adobe Flash and a few recent games, such as the recently ported Whale Trail.

Adobe Flash isn't supported for the Vivacity (even though it should be more than able), while the game didn't show up at all. It's not clear why some apps don't show, but this could prove a much bigger issue than how fast or slow the handset is.

Another disappointment was the lack of storage space for installing apps. 160MB is bordering on the ridiculous, and it will restrict the free and easy downloading of new apps to try out. With many apps requiring installation on the phone memory, as opposed to a memory card, you will eventually find that for every new app you download you'll probably have to remove something else.

This will affect users in different ways. Apps that come with widgets or update in the background are more likely to need installation on the phone memory, while games can usually go on the memory card. T-Mobile includes a 2GB card in the box, but you can install cards up to 32GB in capacity.

With the supplied USB cable, you can easily drag and drop files from a PC or Mac. 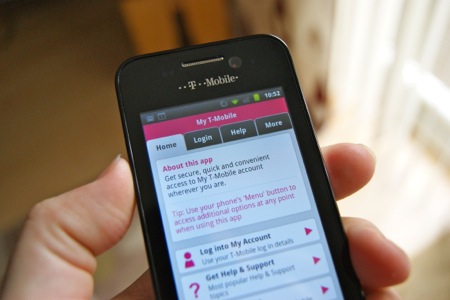 Network branded handsets run the risk of coming with stacks of pre-installed apps that you neither want nor need.

Fortunately, T-Mobile has kept this to a minimum with a few simple apps for doing things like using its Mobile Jukebox service, checking your balance, and adding top-ups.

There are also shortcuts for its legacy premium text services. Few people will see any need for text information services, given the range of apps and websites offering the same information for free.

Beyond that, the phone is left looking like any other non-branded Android handset. There's no fancy user interface enhancement, so what you get is the core Android 2.3.5 operating system waiting for you to make your own. Don't expect to see Android 4 on this handset, or you'll be disappointed.

Despite a few niggles and the odd disappointment, the Vivacity doesn't have any issue big enough make us advise against buying it. If you were also considering the San Francisco II, the Vivacity is the nicer of the two.

You just need to be aware of the possible limitation on installing apps, and not to expect the performance of an iPhone 4 even if it does look rather a lot like one.

The key benefit is the huge cost saving, with the added benefit of not looking and operating like something cheap.

With the performance of a high-end smartphone from little over a year ago, £100 is a great deal. It's nicer than the similarly specified Orange San Francisco II too
By Jonathan Morris
| Jan 24, 2012 |
Mobile