Feedback required prior to Android, iOS and WP launch

German developer MobileBits has been working away on its free-to-play action RPG game SoulCraft for almost two years.

Created using its own Delta Engine, when finished, it will be available for Android, iOS and Windows Phone - the technology being the only game engine that supports all three platforms.

But it's not quite finished yet.

And that's where you come in, at least if you have an Android device using Nvidia's Tegra 2 or Tegra 3 chips.

A beta version of SoulCraft is now available from Android Market so you can get a taste of how the game will play - the point being you then go to the feedback section of the website and complete the detailed survey.

As for the full game that will be released, it lets you choose between playing as a human rogue, an angel brawler or a demon mage in a three-way battle for supremacy. You can only play as the angel in the beta.

The controls are twin stick-based, with plenty of weapon and magic action as you attempt to destroy the spawning enemies before you.

Interestingly, the settings are based on real locations including Venice, Hamburg, New York, Tokyo and Washington, while the game modes are Time Run, Arena, Hellgate, Crystal Defense and Boss Fight.

Through each of these, you'll build up experience and in-game currency so you can level up your character.

What MobileBits is really stressing, however, is the console-quality of the game's graphics, which include buzzwords such as high-end shaders, particle effects and complex lighting.

Given Nvidia's support for the game, there will also be an optimised version for Tegra 3 devices with higher resolution models and textures making use of its quad-core architecture.

"Working with Nvidia, we were able to bring real console-quality gaming to mobile with no compromises," said Karsten Wysk, MobileBits' CEO.

"We can't wait for consumers to experience SoulCraft's action, gameplay and out-of-this-world graphics, and give us feedback during the open beta so we can make the game even better."

You can get the beta version of the game from Android Market [link].

It expected the final version will be released for Android, iOS and Windows Phone sometime in February, depending on the feedback provided.

You can get some idea how SoulCraft looks and plays in the following video. 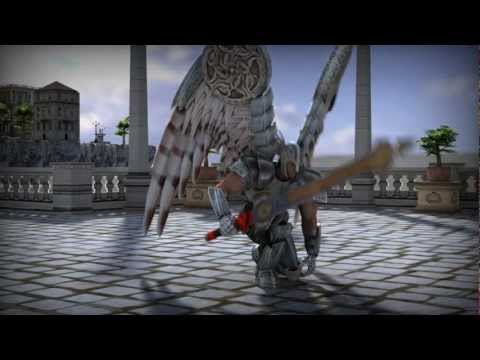 Fight as an angel, a demon, or a human

Fight as an angel, a demon, or a human