As we know it

The Mayans predicted it, R.E.M. sang about it, and Bruce Willis may yet have a chance of preventing it. Yes, Armageddon could be on the cards in 2012. I know.

We say 'Armageddon', but what we really mean is the dawn of the 'post-Apocalypse' era: an period in which sand pirates ride over dunes on quad bikes, while Tina Turner lords it over a desperate battle pit in which brazenly oiled warriors duel to the death for her amusement.

But, what if the end of the world is nothing like the movie Mad Max: Beyond Thunderdome? What if it's just a barren wasteland, with you as the lone survivor limping over cracked paving and broken glass with nothing but a bent shopping trolley full of pilfered supplies and your trusty bada-powered Samsung smartphone?

Just keep these games in mind should the worst happen and at least you'll get some good gaming under your ever-tightening belt... before your battery goes. 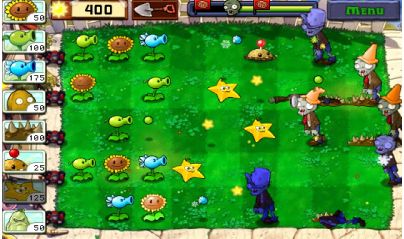 Depending on the form in which the death of all life on earth comes, you may or may not be too interested in Plants vs. Zombies. If, for example, our world ends via Day of the Triffids-esque plant dominance or an oft-reconstructed zombie outbreak, then you may be sick of the sight of the undead and sentient shrubbery.

However, Plants vs Zombies remains one of the best games on any smartphone, so it's worth having a pop at this top-class tower defence game on bada. You'll have to utilise the aforementioned plant life in order to defend your front porch from the oncoming horde of flesh-eating corpses.

There are 50 levels to play though in Adventure mode, with 49 species of plant to unlock / unearth (sorry!). You'll have to think fast, though, as the 26 zombie varieties won't let up in their bid for your territory. 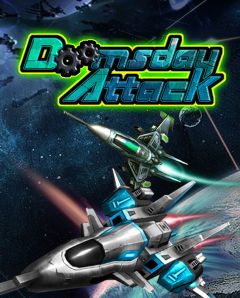 Perhaps aliens will be to blame for all this mass destruction heading our way? If so, get some practice in combating the phantom menaces by giving DoomsDay Attack a whirl.

It's set in 2025 during a solar system-wide war between earthlings and just about everybody, and everything, else. Forget about the lush environs of James Cameron's Pandora, mind, for these DoomsDay Attack battles take place in the cold hard recesses of space.

This vertically scrolling game packs three varieties of spacecraft for you to pilot, with enough sci-fi weaponry available to make Admiral Ackbar blush. 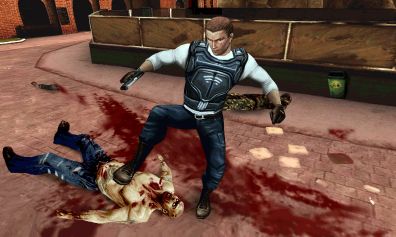 Of course, you don't have to sit there and take it. You could always strap on a 12-gauge and learn how to dish out major damage in Gameloft's riff on the Resident Evil series.

There are ten levels for you to blast your way through in Zombie Infection HD, set in such exotic locations as favelas, mines, a zoo, docks, a boat, and a secret lab.

In addition to your trusty shotgun, you can call upon a series of Mortal Kombat-style finishing moves to help you suppress and quash the variety of mutated cadavers on the prowl. 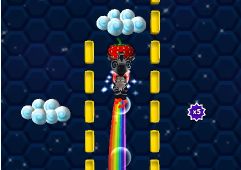 This Doodle Jump clone gets into this particular feature on name alone, since it conjures up thoughts of an intergalactic journey through space and time in an epic bid for survival in a high-tech version of Noah's boat. Doesn't it?

In Space Ark, you'll primarily be concerned with launching your chosen animal through space, collecting coloured blocks and fruit to give you more power as you carefully aim for the next space cloud to bounce off.

It's compulsive stuff, and the four unlockable game worlds give you that extra incentive to carry on playing. 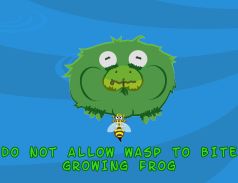 Welcome to the weird and topsy-turvy world of Ice Age Frogging, where up is down, east is west, and frogs look like hairy blobs of green carpet.

Your task is to prevent your growing frogs from being stung by nasty wasps. To do so, you have to tilt your bada device around like a madman. Called 'Max', perhaps?

Once a frog is fully grown, however, you'll be able to use its ample mass to block off those wasps and protect the froggy youth from their pointy bits.