It can be hard to get excited about another new Android smartphone. Worldwide, there's probably a new Android device released every day. However, the Samsung Galaxy Nexus is one exception to the rule, and for two reasons.

Firstly, it is the very first smartphone to use the fourth version of the Android operating system, known as Ice Cream Sandwich.

Secondly, it has a high-definition display. This and 720p video means it can display it without scaling. Naturally, this screen technology has many other benefits, from gaming to web-browsing. 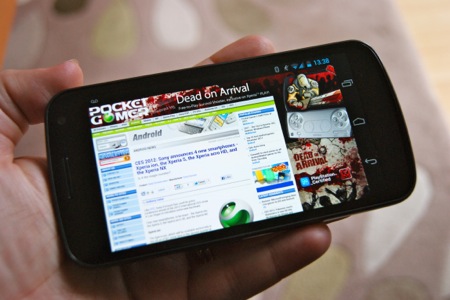 The concave screen on the Galaxy Nexus is a follow-on from the Google Nexus S, which was made by Samsung in 2010 and recently updated with Android 4, demonstrating why buying a Google device can be a good bet for future-proofing.

Despite many smartphones in 2012 getting the new OS, how many will get the next version after that?

At the front, there are no buttons to get in the way. Instead of separate buttons for 'home', 'back', and 'menu', Google has opted to use on-screen icons as first introduced on Honeycomb (Android 3) tablets. 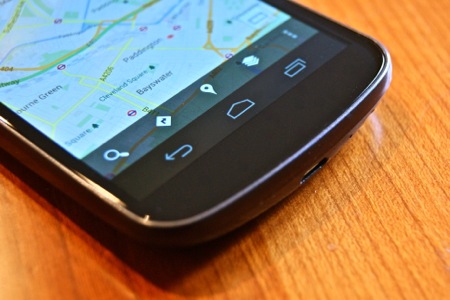 It does mean losing some of the display that could otherwise be used for text or graphics, but many apps can go full-screen. In any case, it's not as if you'll feel like you're short on pixels. Below the screen is a hidden notification light that pulses to alert you to missed calls, emails, and messages.

On the sides, Samsung has put two volume keys on the left and a power/lock button on the right. At the base is the headphone jack and an MHL connector (micro-USB and HDMI output combined).

Flip the phone over and you've got the 5-megapixel camera and flash, surrounded by a textured plastic battery cover. The 1750mAh battery is removable and the phone takes regular SIM cards, as opposed to the micro SIM card that will become more commonplace this year.

In design terms, the Galaxy Nexus is pretty anonymous, and many people may have no idea what the phone is by looking at it. You might like something a bit more 'in your face', but I quite liked the anonymity of the phone.

OLED screens are becoming increasingly popular now, but they often come at the expense of colour accuracy, with harsh colour tints at low brightness levels. 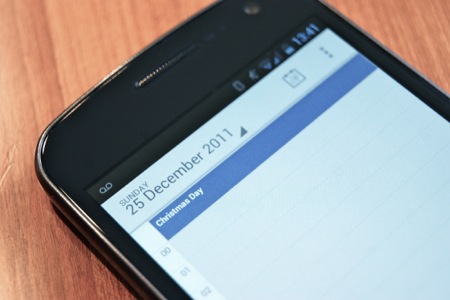 This is often considered a worthwhile compromise to enjoy perfect black levels and save on power consumption by up to 20 per cent, but Samsung seems to have removed the need for compromise with the Galaxy Nexus.

Colours aren't overly saturated and whites look like white - at least until you turn down the brightness, when things go a little bit green. Even with the PenTile matrix that means a reduction in blue pixels, you'll be hard pushed to notice any effect on high contrast images and text, given how small the pixels are.

Android 4 now allows you to choose your text size, from the smallest size that really shows off the resolution (and tests your eyesight to the limit) to large text that shows off the smooth edges of Google's all-new Roboto font, designed specifically for next-generation smartphones with high-definition screens.

But, given the green colour cast that is apparent when the brightness is turned down, it's unfortunate that the auto brightness setting is too keen to keep the screen as dark as possible. It takes a while to increase when you step outdoors, too, although it can be set to switch to full brightness when you activate the camera.

Tucking into an Ice Cream Sandwich

With the introduction of Android 4, the Galaxy Nexus is a highly significant release. Even to an existing Android user it looks like something almost completely new, even if most of the changes are merely to the user interface.

Anyone who has already bought a Honeycomb tablet will see more similarities, so there's definitely going to be a learning curve for Android 1.x and 2.x owners.

Notifications are shown slightly differently (and can now be dragged off the screen to clear them, webOS-style) and the task manager, accessed from a dedicated on-screen button, makes it easier than ever to swap between applications. Once you've got used to Ice Cream Sandwich, there's almost certainly no going back. 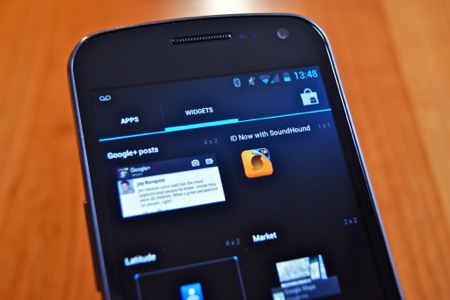 Other changes include the ability to install widgets via a new tab in the launcher menu, and phone settings accessed via the pull-down notification bar.

More importantly, the native Google Apps now have a pretty consistent look and feel, while you gain control of what syncing happens in the background on an app-by-app basis. There are also controls on mobile data usage, for those on capped data plans. 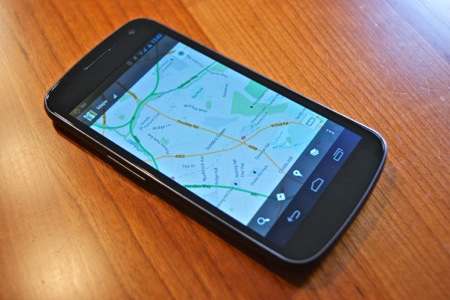 Another new feature is the face unlock feature, which uses the front-facing camera to unlock the phone by using facial recognition. It's a gimmick, as it fails more often than it works and needs good lighting.

In other words, forget about Samsung's TouchWiz user interface or HTC's Sense UI, as Android 4 is finally looking like it could become the preferred look for users.

We know that it's not all about megapixels, but the Galaxy Nexus has one feature that lets the whole side down. The camera here isn't anywhere near as it could - no, should - be. 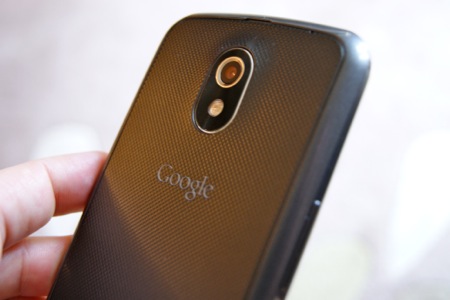 Of more concern is that there's no reason for it to be poor, simply because when you start to play around with the (somewhat limited) manual settings, you can get some good results.

The problem is that in most cases you'll stick to auto. Changing the white balance is just too much bother, and most camera phones can cope fine. The Galaxy Nexus doesn't, so a lot of the photos you take will end up extremely yellow - especially when using the flash.

You can tidy the pictures up on the built-in picture editor, or with software on your computer, but it adds a lot of time and effort for simple point, shoot, and share situations. It's ironic that the phone has a near zero shutter-lag.

Video recording fares a lot better, but the still image performance is below par - especially with models coming out with 12- and 16-megapixel cameras, complete with dedicated camera buttons to make it easier to take a shot than pressing an on-screen shutter release.

Running out of energy

The other concern is the battery, although after a few weeks of using the phone and making adjustments here and there to what apps were left running, both in the foreground and background, as well as to how often some apps would update, I found that it went from dying in under ten hours to just about managing a full day and evening.

Let's not pretend that this is fantastic, especially with a 1750mAh battery inside, but nor is it unusable.

As someone who doesn't advocate buying a flagship smartphone only to then turn off GPS, wi-fi, 3G, and reduce the screen brightness to 5 per cent so you can barely see anything, if you need the security of knowing the phone will last until you hit the pillow you may wish to purchase a second battery or invest in a portable battery charger for when you're away from a power source.

Alternatively, you can buy an optional docking station to keep it charged at home or work.

Finally, let's look at the connectivity options on this phone. Besides dual-band wi-fi (2.4 and 5GHz), the phone also has a MHL connector that uses one port for connecting to the mains, a PC, and HD television.

With 16GB of non-expandable storage (a 32GB model is also coming), the phone uses a different file system from most models. You no longer mount the storage as a drive on your desktop.

Now you can read and write to the storage area at the same time as the phone, although this means Mac users must now download a separate Android File Transfer app.

Although it supports drag and drop, there are far more limitations than using the ordinary Finder app. The lack of a card slot will also cause frustration, as it now means making a decision at the start on how much space you need.

The other addition that little fuss has been made of is NFC. Like the Nexus S before it, Google has included NFC support in preparation for its forthcoming Google Wallet service (that encompasses what was Google Checkout).

You can also use it to transfer files by placing the phone next to another NFC-enabled device, as well as to read smart tags that are already appearing on advertisements and selected products.

A specific app to read and manage tags isn't pre-installed, which shows that NFC has still got a way to go before it gains mass acceptance.

However, its inclusion is just one of the many reasons why – even with the disappointing camera – the Galaxy Nexus is a step above all of the other Android smartphones currently on sale.

Our Galaxy Nexus was kindly provided by Vodafone, although the handset was not network-branded. 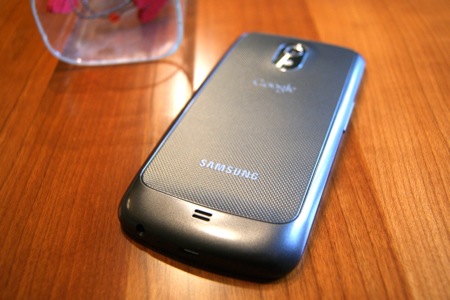 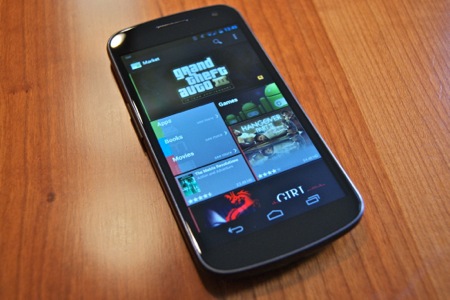 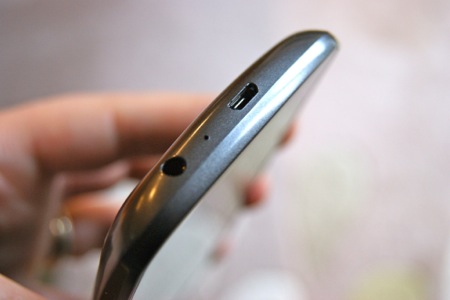 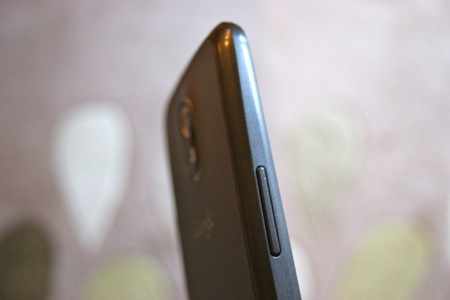 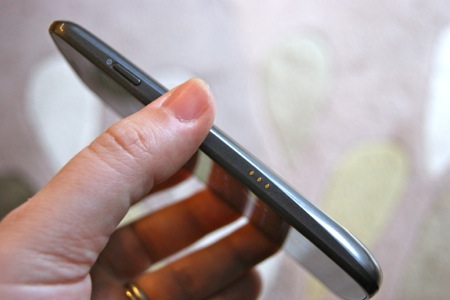 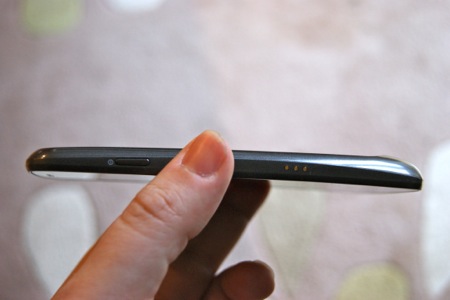 Even with many other similarly specified Ice Cream Sandwich phones, the Galaxy Nexus is still an incredible offering, especially with the proven promise of regular updates. If the camera had been better, it could have been unbeatable.
By Jonathan Morris
| Jan 12, 2012 |
Mobile
SEE COMMENTS

Galaxy Nexus back on sale on US Google Play Store