There are plenty of sports games out there that never get to feature on these best-of-genre lists purely because the number of titles available that cover that particular sport is minimal, at best.

So, for those of you sick to death of football-related titles, we've bobbed and weaved through bada's defensive line and plucked some of the platform's more obscure sporting gems from its gym bag. 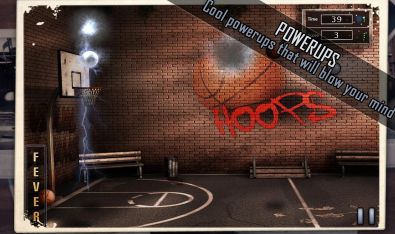 Whether you're more Michael McIntyre than Michael Jordan, you are sure to enjoy the simple arcade challenge of Slam Dunk Basketball.

VisualDreams's arcade challenge invites you to shoot some hoops in everything from an abandoned warehouse to the blasted remains of a post-apocalyptic earth.

With 30 ball skins to unlock (oo-er, missus) and 60 achievements to aim for, Slam Dunk Basketball delivers plenty of compulsive fun. 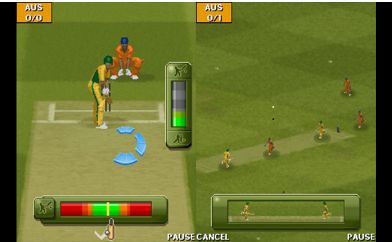 Cricket isn't just a legitimate excuse to spend all night in your local boozer jeering at the Aussies/ Brits during The Ashes. It's also a legitimate way to spend those five-minute spells waiting for the taxi to transport you TO the boozer.

EA Cricket 2010 on bada might not pack the graphical oomph of its console brethren, but the intuitive touchscreen controls and multiple game modes make for an addictive little cricket sim.

You can choose to play in One-Day Internationals, Test matches, or the World Tournament mode. There are three extra challenge modes available, too: Cricket 101, The Art Of Cricket, and Heroes. 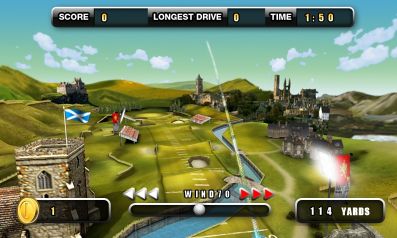 Golf Battle 3D's swish-looking courses and avatar customisation options are just a couple of the reasons it's pitched up on this particular top five green.

The word 'Battle' in the title isn't figurative, by the way. You can test your driving mettle against an opponent in various online gaming modes in this delightfully stylised golf sim.

Before you step up to the first tee, though, remember two important things: smash the tiny white globe as far and as furiously as possible, and make certain you kick your friend's butt. Whoever said golf was a gentleman's sport, eh? 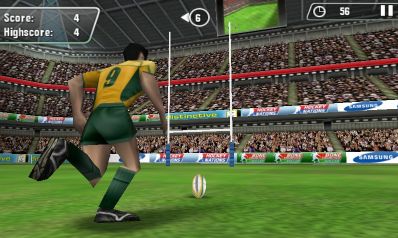 If you, like me, spent most of your PE days in school in genuine fear of an eye gouging or a testicle trauma whilst playing rugger, then Rugby Kicks is for you.

Rugby Kicks offers up three Conversion modes, each with specific aims. Practice mode is pretty self-explanatory. In Elimination, however, you have to score as many conversions as possible without missing. Skew one a barn door wide of the mark and you're out - simple as that.

In Countdown mode, it's all about timing. You are forced to take your conversions quickly. Nice shots equal more time, but miss, and you'll feel the rough end of the scrum. 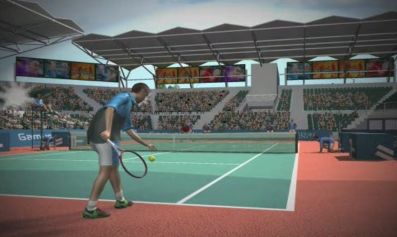 Ace Tennis 2010 Online can't claim to be the most up-to-date tennis game on bada, for pretty obvious reasons. But, it's hardly ancient, and it has all the elements necessary to make for some tidy tennis play.

The controls have been neatly tweaked for your bada device, so no virtual stick is needed, since you can simply tap to the left or right of the screen to move your player.

And you won't ever have to call it all off due to rain. We think.

Hands-on with Simogo's Beat Sneak Bandit for iPhone and iPad