Punching a random person in the face is never a good idea, no matter how tempting it might be sometimes.

Instead of incurring the wrath of the local constabulary with actual violence, then, why not dive into the stress-relieving punching bag can exist virtually on your phone?

Crack your knuckles, 'cos its all aboard the pain train with the top five beat-'em-ups on bada. 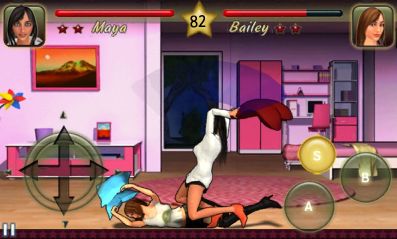 It might sound like a dodgy DVD you mind find perched between Shaving Private Ryan and Teachers Pet 5, but Pillowfight Girls, filth as it is, is also a legitimate fighting game.

You'll have to take your pick from an international cast of cushion bearing vixens before laying down a feathery beat down of pain rain upon your rivals.

Apart from the Quick Play mode there's also a Career mode, wherein you'll have to work your way from the humble dormitory to the starry heights of the Pillowfight Arena. 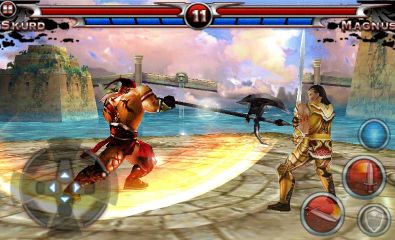 As could be expect from Gameloft, Blades of Fury HD is a mobile-based re-imagining (or rip-off) of beloved console beat-'em-up Soul Caliber. And while Gameloft has come under scrutiny for being occasionally a tad derivative, in the absence of the genuine article, beat-'em-up fans may still enjoy partaking in this particular knife fight.

The game boasts 10 characters to choose from for one-on-one battle modes, including Story, Arcade, Survival, and Practice.

Each character can perform around 20 different moves and combos, meaning there's plenty of leeway when it comes to picking your preferred play style.

Even if you don't know your Zeus from your Jupiter, you may still want to check out Battle Olympus, which takes the beat-'em-up into the realm of the gods.

You'll be partaking in immortal combat as one of the deities, climbing a Game of Death-esque mountain of one-on-one encounters.

The visuals are particularly stunning with lovely fantasy art backdrops framing your fights. Though you may not have too much time to stop and stare between your ethereal sparring. 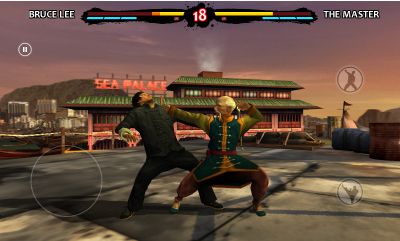 "It is like a finger, pointing away to the moon. Don't concentrate on the finger or you will miss all that heavenly glory."

So said the genius that was Bruce Lee in Enter the Dragon. Little did he know back in 1973 that thanks to touchscreen gaming we'd all be controlling him via our distracting appendages.

Here you'll get to kung-fu battle your way through Story, Arcade, Time Attack, Versus and Survival modes, as one of 10 different customisable fighters, including the legend himself. 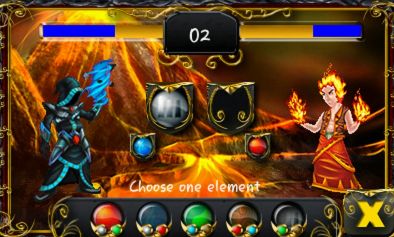 It might not boast biceps, kung fu, blades, or (ahem) pillows, but Magic Duel, somewhat predictably, makes up for that with its brightly coloured magic-based combat.

You get to choose from one of five characters, from five different schools of magic, and attempt to out do you opponent's moves with your superior spellcrafting.

There's even a character called 'Bada' so you can pretend its your own phone you're caining with magic.