Last year, Orange enjoyed huge success with its budget San Francisco handset, built by Huawei's arch rival ZTE. As ZTE releases its successor, with the incredibly original name of San Francisco 2, Huawei has been working to introduce a portfolio under its own name.

Like HTC, a company that has already had great success since going it alone, Huawei has previously been known (or, perhaps, unknown) for building mobile phones and dongles for network operators.

The entry-level segment of the market is becoming increasingly demanding. Whether you're buying a smartphone or tablet, nobody will stand for shoddy specifications now, however cheap. That means we've hopefully seen the end of dull, resistive touchscreens and processors that can't even cope with relatively basic games like Angry Birds.

Even if you're planning to spend under £100 for a phone - and in the case of the Blaze you can pick it up for just £80 on prepay - you still want things like a good build quality, decent screen, and a good performance. You may also hope for a nice camera. The Blaze ticks some of these boxes, but not all. 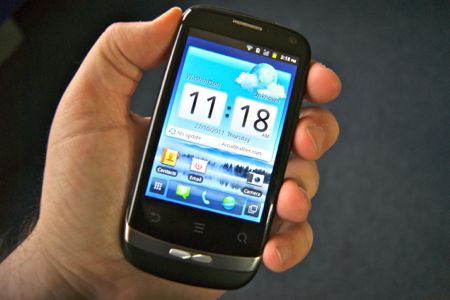 It does get the build quality right, and the Blaze is of an unarguably better build quality than the ZTE-made San Francisco, a phone that had a good specification and a great display but looked rather too much like a toy phone.

It almost feels like clutching a shiny pebble when you grip the Blaze, although the hardware home key could have quite easily been replaced with an extra touch-sensitive icon next to the 'back', 'menu', and 'search' keys. 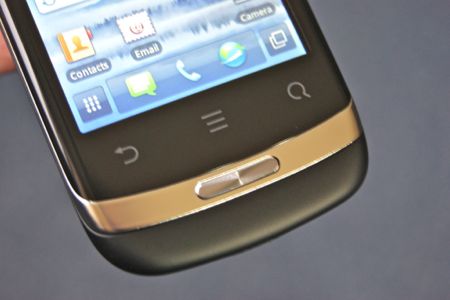 The Blaze has a 3.2-inch display with a 320x480-pixel resolution, which isn't the best by any means, but it's clear and bright.

Fewer pixels means text isn't as sharp, but on a smaller screen it isn't absolutely necessary to cram in a 480x800-pixel screen as things still look fairly crisp. It also uses a traditional LCD panel, which may not be as power efficient as an OLED display now favoured at the high-end, but does lead to more accurate colours. 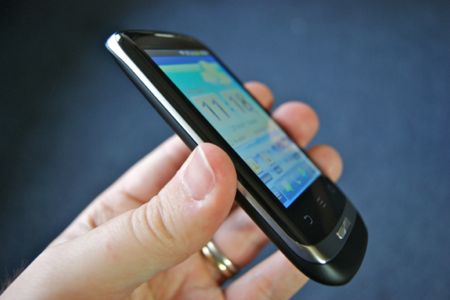 Inside the phone is a 600MHz processor and 256MB of RAM, which is where the problems begin. Using an older generation processor also means you won't be able to get much performance from the Blaze, and the lack of RAM could cause problems if you're using lots of memory-hungry applications.

A 1,200mAh battery could also be a problem for heavy users, although the battery is only really hit when you're pushing the processor hard. For simply making calls, the battery will last for more than a day with ease.

The camera isn't going to win any awards, either. At just 3-megapixels, with no flash or autofocus, and only the native Google camera application that is as basic as can be, the phone is best suited for people who can't really see any value in having a camera, but might take the occasional shot for fun.

It may therefore come as a surprise to discover that the phone also has a front-facing camera, allowing you to make video calls using services like Google Talk or Skype. 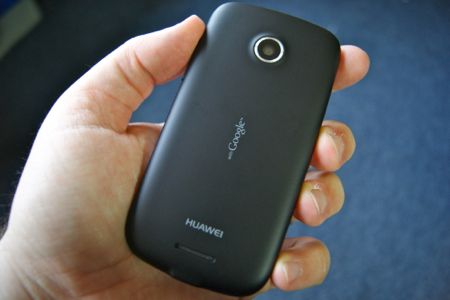 Despite these negatives, for normal day-to-day use the phone isn't sluggish and with such a nice feel in the hand it becomes fairly easy to live with the compromises you have to make.

The Blaze comes with Android Gingerbread V2.3.4 installed (it's fair to say that you won't be getting an update to Android 4 here), and there's a decent homescreen/launcher with 3D panels that scroll continuously, so you can keep scrolling in one direction to get to the right panel, instead of back and forth as on more traditional launchers.

In the app launcher screen, you can also re-order apps as you can on an iPhone, but not uninstall them directly.

A Smart Traffic app helps prevent you exceeding your monthly data allowance by disabling mobile data when you reach the limit. Given that most new tariffs now have limits of between 0.5 and 1GB, this is a very useful feature for anyone with a contract that has hefty run-on charges for data. For unlimited data usage, you can use the built-in wi-fi.

Android is hardly short on social networking apps, with all of the main services having dedicated apps of their own, but it's nice to aggregate content from multiple services if you use them.

Huawei has included a 'Social Club' app that places a widget on the homescreen to show updates on Facebook, Twitter, and Flickr. For anything else (e.g. LinkedIn) you'll still need to download the respective app from Android Market.

Huawei has resisted making any other major changes to the phone, or loading the phone with bloatware, so that's another positive for many. You get all of the Google apps, like Maps, Navigation, Gmail pre-installed, and can also download others like Google+ and Google Docs. Hopefully next year, Google Music will launch in the UK and join the existing services for books and films.

Once you begin to download your own apps, games, or live wallpapers, you'll care less about how the phone looks and more about how it works. This is where you may find the power to be a little underwhelming, and the camera far too basic for taking photos or shooting video. 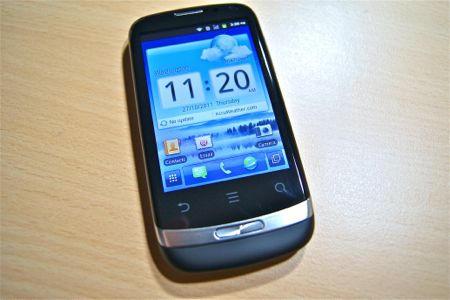 When reviewing a budget phone, however, it's vital to keep a sense of perspective. This isn't a Motorola RAZR or iPhone 4S, and nor is Huawei trying to pretend otherwise. Even so, a buyer who doesn't desire a top-end device may still end up regretting not having gone for something with a bit more power.

But, while you may be better off with another small device like the Sony Ericsson Xperia mini, with a 1GHz processor and 5-megapixel camera with HD video, you'll be made to shell out a lot more than the £80 you can pick one of these up for.

So there's not much to lose in taking a punt here if you don't have high demands from a smartphone. If you're coming from a non-smartphone and want to test the water with Android, the Blaze will give a respectable performance and help set you off in the right direction, allowing you to upgrade to something better later on.

In other words, a good prepay choice, but not something you'd want to commit to for 12 months or more.

It doesn't matter how cheap a smartphone is these days, there's a certain level of expectation that means underpowered devices just won't cut it. The Blaze just manages to scrape by, helped further by its solid build quality and prepay affordability. One for prepay customers only, though
By Jonathan Morris
| Nov 30, 2011 |
Mobile