Mango. Walk out the door. Just turn around now‚ 'cause you're not welcome any more

They change from theme to theme, with Golden Pineapples in the warehouse, Golden Bananas in the jungle, and Golden Mangos on the smugglers' plane. Here’s our guide to finding and saving every single last one of them. 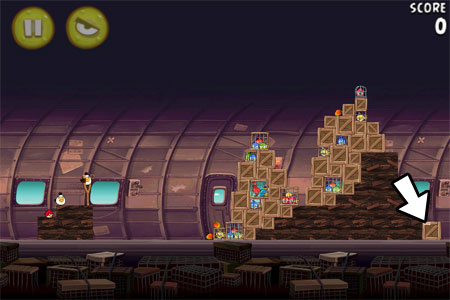 World 11, Level 2: This cheeky shiny mango is hidden in a box to the far right of the level. You'll need to use a white bird to get the necessary lift and distance.

To drop the bird in the right spot, fire it a teeny-weeny bit backwards, then immediately launch an egg. This will shoot it high up into the air, where it should land on the box. 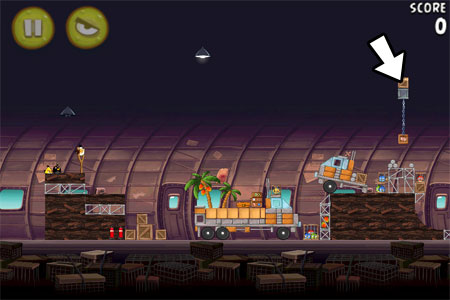 World 11, Level 5: The mango is in the box at the very top of the level, to the right. Use the pinch gesture to zoom out and see it. Use your yellow bird's speedy kamikaze attack to get the necessary distance to smash the box. 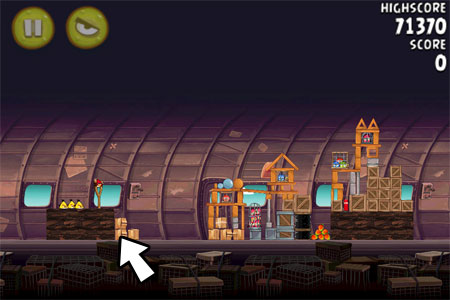 World 11, Level 7: It's hidden in a stack of cardboard boxes, right under the catapult. You'll have to make a really weak pull, pointing upward, so the bird just flops out of the catapult and squishes into the boxes below. 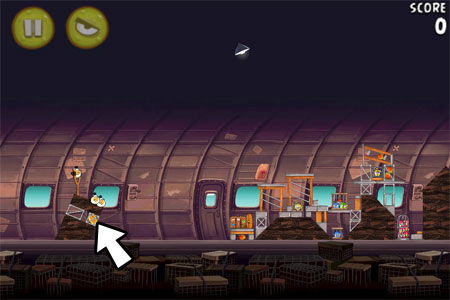 World 11, Level 10: This one is on show inside a steel trap, beneath the catapult. You'll have to dislodge it with the explosive force of a white bird's egg. You've got three white birds to use, so there's a good chance you'll nail it on the first go. 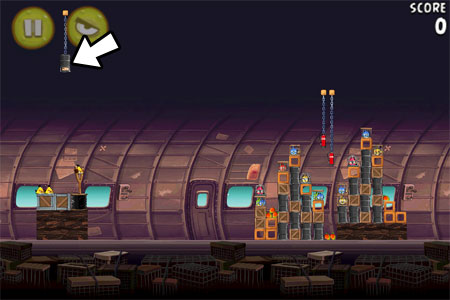 World 11, Level 12: Zoom out to see a barrel hanging high above the catapult area. Simply fire a yellow bird directly up to nail the barrel and save the golden mango for your collection. 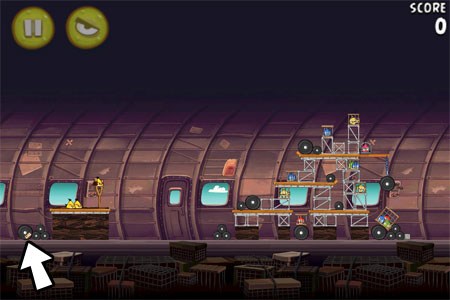 World 11, Level 13: This one is in a pile of tyres behind the catapult. Fire a bird a little backwards so it pops up into the air, then hit the screen to make the yellow fowl zoom into the tyres. 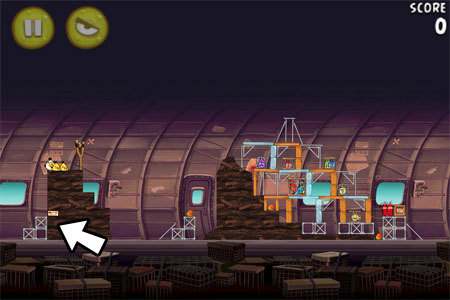 World 11, Level 15: This golden mango is deep inside the very structure that holds up the catapult. Fire a white bird backwards and drop an egg - the explosive force should reach the mango and make it yours. Yum. 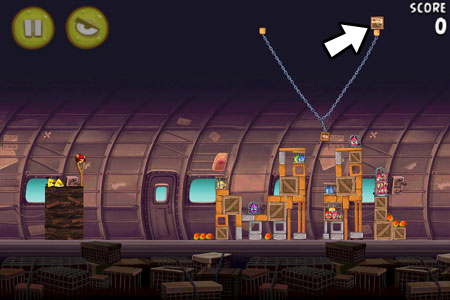 World 12, Level 1: Zoom out (using the reverse pinch gesture) to see this curious-looking box in the top right. Remove the nuisance chains with the red bird, then fire a yellow up high to smash the box and nab the mango. 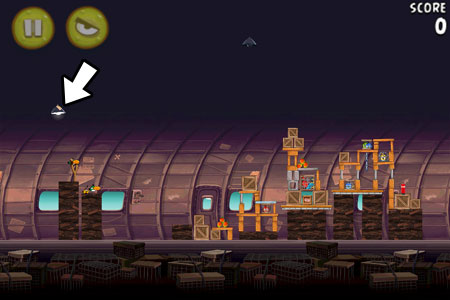 World 12, Level 3: An easy one. It's hidden in this lamp, so smack the light fixture with a bird to dislodge the fruit. 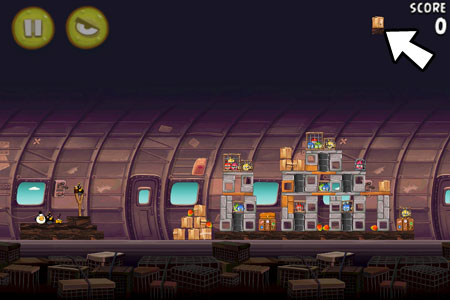 World 12, Level 6: Zoom out and you'll see this cheeky box high above the battlefield. Use a white bird and fire an egg to propel the mother bird into the air. It will take some tweaking to get it, so don't worry if you miss it first time. 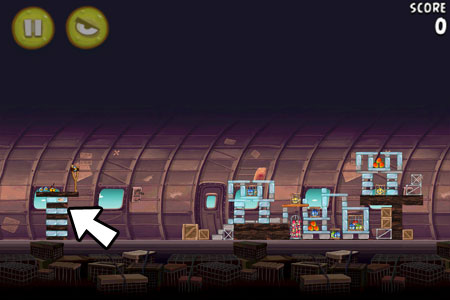 World 12, Level 7: This fruit is hidden in the glass blocks beneath the catapult. Simply fire an orange bird down and expand his little orange body to smash the glass and grab the fruit. 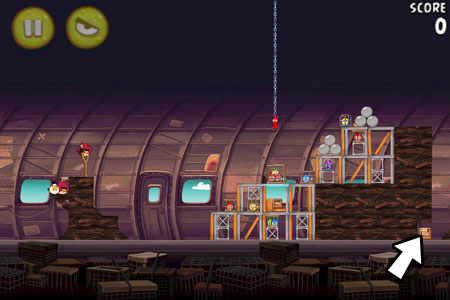 World 12, Level 11: This one is trapped in the far-right corner. To get it, you'll need to hit the stack of cement balls at the very top of the structure. If it rolls slowly off the edge, it will bounce off the tiny triangular shape in the bottom right and smash open the crate. 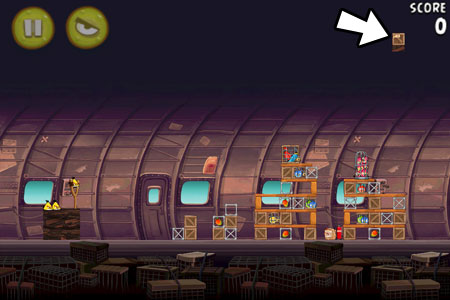 World 12, Level 12: Another high-flying crate. This time, however, you have three yellow birds to throw at it. Use their kamikaze attack to fly up high and crush the crate. 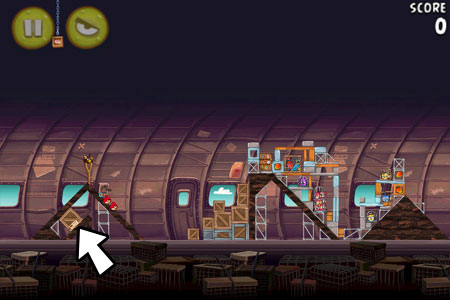 World 12, Level 14: We know what you're thinking. You need to dislodge the explosive box hanging above, let it drop, and blow up the mango crate below. Well, we admire your ambition, but it's misplaced. Simply fire the orange bird backwards and inflate when near the crate to grab the fruit. The TNT box was just a red herring. Curse you, Rovio! 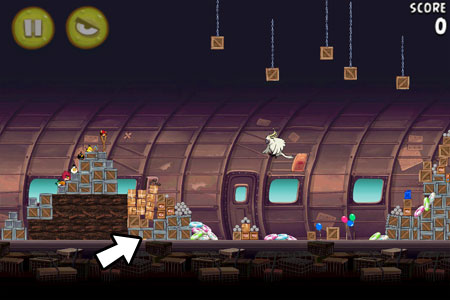 World 12, Level 15: During this boss fight, a sneaky mango is hidden in a stack of crates to the left of the arena. Use the red, blue, and yellow birds to clear out the cardboard and wooden boxes, then use the black bomb bird to blow up on the fortified crates. The blast should capture the mango.


Want more? Check out our 12 other Angry Birds Rio tips, guides and walkthroughs!