It's hard to get excited about anything running the Symbian operating system these days, especially when Nokia has now officially entered the Windows Phone arena with the Lumia 800.

But when you get the Nokia 700 in your hand, you can't help but feel a little nostalgic. Running the very latest version of Symbian, called 'Belle', it has finally evolved into something that could give it a new lease of life.

Tweaks include an Android-style notification window that you can pull down, as well as improvements to the homescreen and widgets. But is it too late? 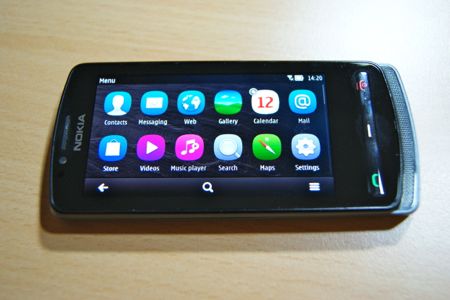 Although a lot of people have moved from Symbian to another operating system, most likely iOS or Android, there's still a large number of users who prefer Symbian, as well as a lot of apps and games available for the platform. To many users, the phrase 'better the devil you know' rings true.

Many other smartphones are also growing rather rapidly in size, to allow for huge touchscreens. With HTC and Samsung now approaching, and exceeding, the 5-inch barrier, it seems like ages ago that people wanted phones to be as small as possible.

The Nokia 700 is one of the exceptions, with Sony Ericsson one of the only other manufacturers to produce a slim and light smartphone, in the form of the Xperia ray. The Nokia 700 has a lower resolution display than the ray, or the new Windows Phone powered models, but with a smaller physical area (3.2 inches), it still looks very crisp. The phone weighs almost nothing too, at just 96g.

The screen is made all the nicer by the AMOLED display technology that combines with Nokia's Clear Black Technology, which is slightly polarised to reduce glare.

Without the need for a backlight, black backgrounds are as dark as the surrounding bezel. It all looks rather incredible, especially with the addition of a nice loud speaker at the bottom. 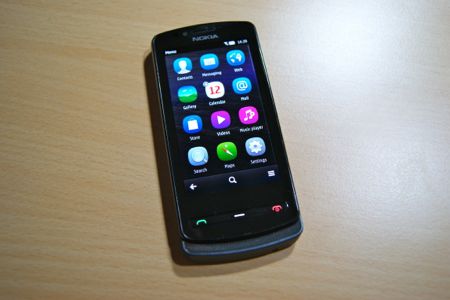 But there's a reason why screens are generally getting bigger, and it isn't just to squeeze in more pixels or to make movie watching and web browsing more pleasurable. With most devices relying solely on the screen to enter text, this means the need for a virtual keyboard.

For this, size matters. One of the relatively new features for Nokia is the portrait QWERTY keyboard. While other platforms have had one for ages, Nokia proudly announced its introduction as an alternative to using a keypad (and predictive text), or turning the phone to the side to enter text in landscape.

It would be fine if the screen wasn't so small, making each key rather tiny and requiring real concentration. It won't just be those with stubby fingers that will struggle, as anyone entering text when moving will end up making mistakes.

To some it will be a small price to pay for having such a small phone, but it's likely to make everyone question whether a bigger screen might have been a more sensible move. Pop-up dialogues also require a careful touch, even if you select the larger sized font from the three sizes available. 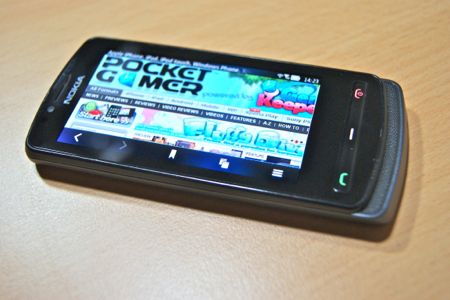 The web browser is still quite a way behind the competition, and the lower screen resolution begins to show when you view websites, such as our own. If you zoom-out to show the full width, the text becomes unreadable. That said, it's a lot faster and you've got both 3G (with HSPA support) and wi-fi as connectivity options.

Getting online is now much easier than with earlier Symbian models, where you almost needed to give Nokia written permission before the phone would take you online. Now it will do everything quietly and transparently.

There are a few quirks with the browser that proved a little frustrating, like the need to go through a series of screens to simply add a bookmark.

Instead of just clicking to add a page, then pressing 'okay', you have to bring up a menu that includes the 'save' option. It's one of a series of issues that serve as a legacy from when the Symbian operating system was based on using a D-pad and softkeys, rather than touch.

Fortunately, not everything is stuck in the past. The Nokia 700 includes an NFC (Near Field Communication) chip, which allows you to do clever things like scan special tags embedded in posters and books, or tap another device to transfer a file.

NFC-enabled accessories can also be paired, using the more traditional Bluetooth technology, without having to activate Bluetooth, enable discovery mode or enter PIN codes. A quick tap will, for example, connect the Nokia wireless speaker to your Nokia in a matter of seconds. 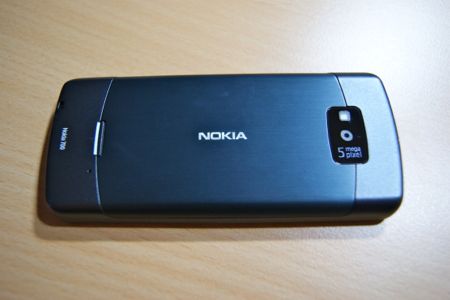 On the back of the phone is a rather run-of-the-mill 5-megapixel, fixed-focus, camera with LED flash. It can also record HD video at 720p and 30 frames per second. You get a selection of apps pre-installed, like BBC iPlayer, although nothing that can't be downloaded from the Nokia app store anyway.

Finally, the 1,080mAh battery is somewhat on the small side, although it still offers up to 450 hours of standby, or 4.5 hours of talktime.

If you're after a phone that operates as a phone first and foremost, over apps and games, then the Nokia 700 is a great looking handset that can be used quite comfortably with the standard on-screen numeric keypad, instead of the fiddly QWERTY option.

If you're not bothered about anything more, it would be unfair to write this phone off on the basis of it using an operating system with an uncertain future. 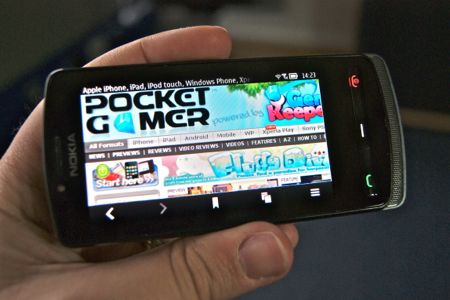 But, for everyone else, if you've looked at most of the Nokia smartphones running Symbian over the last year or two, the Nokia 700 is just more of the same. Not even Symbian Belle can really do much to win back those who defected, although Windows Phone may stand more of a chance (as Nokia clearly hopes).

It's arguably a very sleek phone, that's quick too (thanks to the 1GHz processor), but it's still going to have its work cut out to become a big seller
By Jonathan Morris
| Nov 1, 2011 |
Mobile
SEE COMMENTS

Drinking red wine, wearing a funny hat... are you cool enough to play?