It’s called the beautiful game. It can drive grown men to tears or fits of rage. It can make life worth living or it can discourage you from even stepping out your front door. It’s fast, it’s frenetic, it’s theatrical, and it's powerful.

And it's also playable on mobile phones, including those rocking Samsung's bada OS. Though bada isn't up there with iOS and Android in terms of popularity, if you happen to own the highly respectable Wave or similar there are plenty of football options for you to choose from.

There are world-conquering franchises and quirky casual games, by multi-million pound studios and independent developers. The range is as wide as professional footballers' paygrades. Here are five of the best. 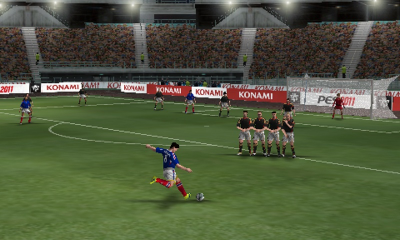 Pro Evolution Soccer 2011 represents the first bada outing for the long-running footy series. It’s been playing on various formats and under various names for as long as anyone remembers, but for the modern game PES 2011 delivers in spades.

It offers officially licensed UEFA Champions League and UEFA Europa League modes for those operatic occasions. The gameplay itself is tactics-based and will provoke even the most unaccustomed player to reach for his bespoke chalk board to aid in outlining team strategy. 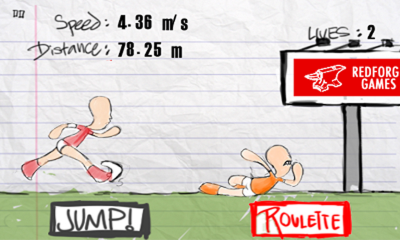 If you’ve ever taken the game seriously enough to actually set foot on a pitch and attempt to kick a real-life football, then chances are you’ll have heard the phrase ‘play it simple!’ screamed at you as you flail.

Doodle Soccer takes it very simply indeed, tasking you with running as far as possible while keeping control of the ball. You can Jump or Roulette, and that’s all you’ve got in your locker. Yet the urge to try for that extra distance is compelling enough to ensure that playing it simple is playing to Doodle Soccer‘s strengths. 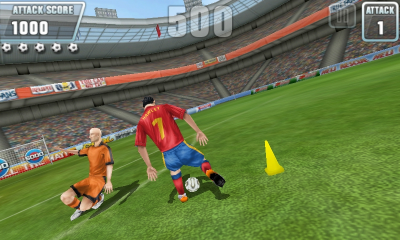 If anyone has ever seen the movie When Saturday Comes then you’ll know two things: one, that Sean Bean is a legend; and two, that playing for Sheffield United is a serious business.

The fact that the bods behind Bonecruncher Soccer actually teamed up with those at Sheffield United to obtain the sleek, motion-captured player animations speaks volumes in itself.

But throw in fully customisable player options and tilt and gesture controls and you’ll find Bonecruncher Soccer to be an ideal outlet for your smartphone footy needs. 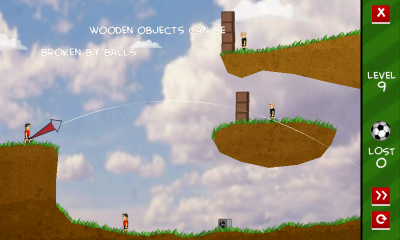 There are plenty of grief-inducing personalities in football, from arrogant managers to idiotic chairmen and of course the toys-out-of-the-pram players themselves. But perhaps the most aggravating person on or near the pitch is the referee.

Being a physics-based puzzler, Red Card Rampage may not be a football game in the traditional sense, but the simple gratification of taking careful aim before punting a ball into the ref’s face never fails to draw a wry smile. 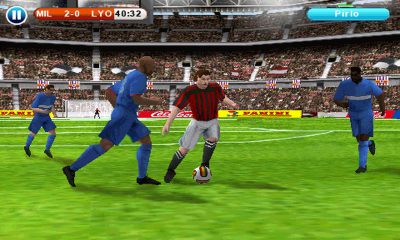 Thanks to the FIFPro licence, Real Football 2010 can provide exactly what its name suggests. Offering gamers 245 teams full of recognisable players from over eight leagues, RF2010 is a bastion of the beautiful game on-the-go.

There are also multiple game modes, including Enter the Legend, wherein you take control of a single player, and Club Master for those more managerial-minded.