Rovio updated the Angry Birds Seasons app with this Mooncake Festival theme on September 1st, 2011, to celebrate the Chinese mid-autumn festival of harvest, the moon, and yummy bakery products.

The Mooncake Festival theme replaces the classic Golden Eggs with, you've guessed it, Golden Mooncake Slices. They idea is the same, though - these are hard-to-find bonus objects hidden in some of the game's stages.

If you get all eight pieces you can unlock a secret 34th level to try your hand at. To save you the hassle of hunting high and low, follow our guide to find all eight in no time flat. 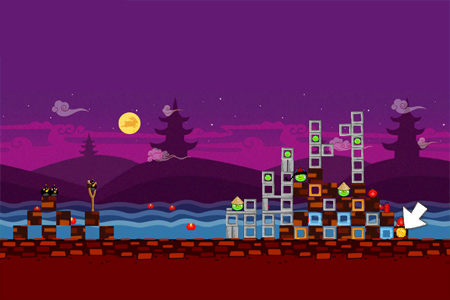 A tough cookie to crack for our first golden mooncake slice. It's in plain view - wedged in a block at the far right of this structure.

You'll need to clear the stone towers with a well-placed bomb bird first. Then get another black bomber to graze past the stuck cake and detonate it when you're as close as possible to nab the cake.

It might take a few tries to nail it, but you should have two black bombers left over to try on each go. 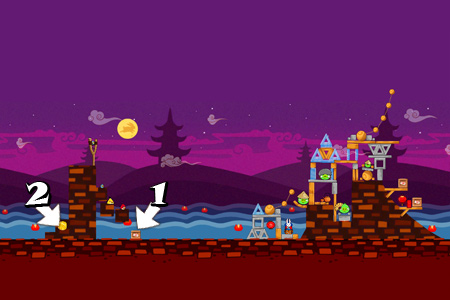 Another mooncake that's visible for all to see, but encased in brick. With no bomb birds on hand you'll have to try a different strategy.

Luckily, blowing up that handy box of TNT (with a low-powered, high-arcing blue bird shot) will trigger the bricks to disappear, letting you at the mooncake.

Now fire the rest of your birds backwards (with very low power, and aiming upwards) to drop their fluffy bodies on the bakery product we so desire. 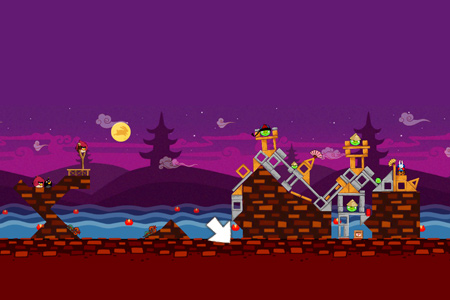 This cheeky cake is completely hidden. It's lodged in the bricks below the left-most stones and woodwork - see our arrow in above.

You'll have to fire your only black bomb bird at this general direction and detonate him when his auto-explosive body is touching the ground. The resulting shockwave should touch the cake, and add it to your growing collection. 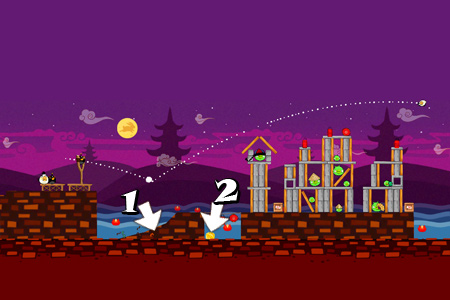 This one is hidden from view until you hit the right trigger. Luckily, it's not tough to find: blowing up any of the green and red shrubs on the left ramp will make the cake appear in the square pit.

Now lob a bomb bird or drop a white egg on the cake to save it. 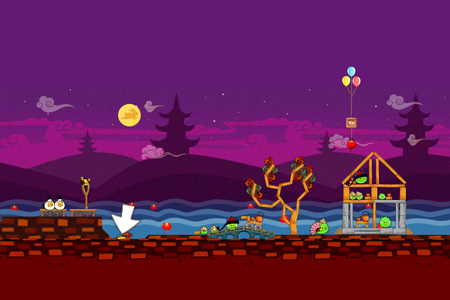 You can just about see this cake poking his pastry head out of the shrubs to the far left. Drop a white bird's egg on the area to unlock it. 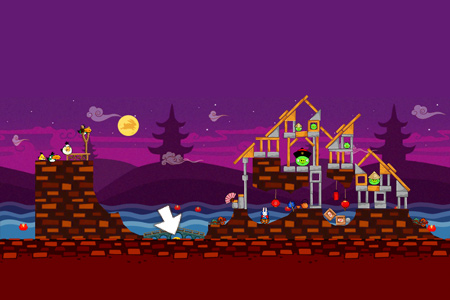 This one is a poor hider too, as you can clearly see its golden crust below the tiny bridge on the left. Another white bird egg will save it. 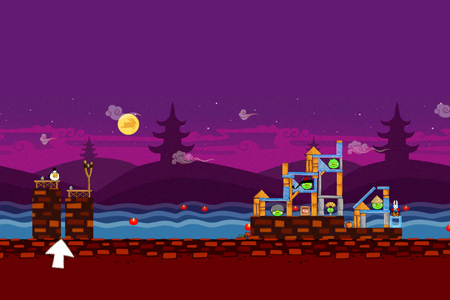 This one is in the thin gap between catapult and birds. Fire a blue bird in that direction (and split him into three) and a straggler should hopefully tumble down the gap, netting you the cake slice. 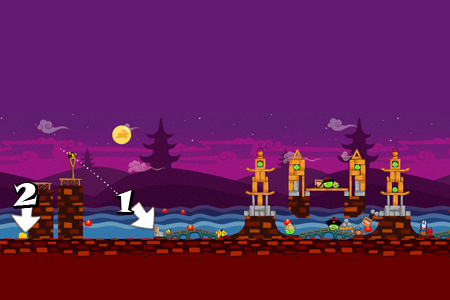 See that tiny piece of stone work with the exposed wooden struts? Smash it with two or three yellow birds and the cake will appear to the far left of the stage. Now it's just a case of sending a bird backwards - with low power and a high arc - to grab it. 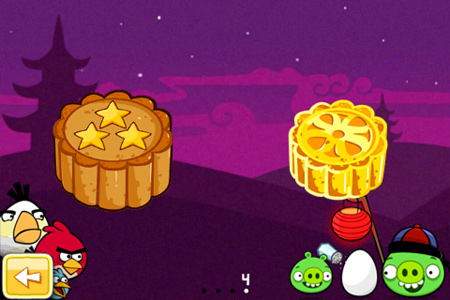 To get this mooncake you'll need to earn three stars on all stages in the Mooncake Festival theme for Angry Birds Seasons. Good luck!

iPhone gaming podcast - Episode 140: Something we call the pod-chester