An apple a day keeps the pigs away

They change from theme to theme, with Golden Pineapples in the warehouse, Golden Bananas in the jungle, and Golden Apples at the airfield. Here’s our guide to finding and saving every single last one of them. 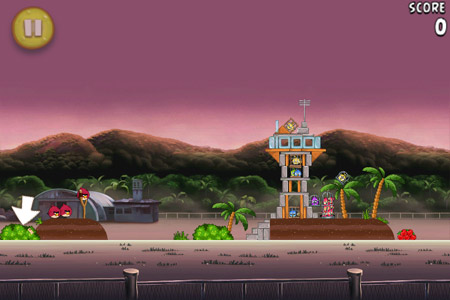 World 9, Level 1: This apple is hiding right behind the catapult, in the bushes. You'll need to fire a Big Brother Bird backwards in a really short, arcing shot to land squarely in the shrubs. 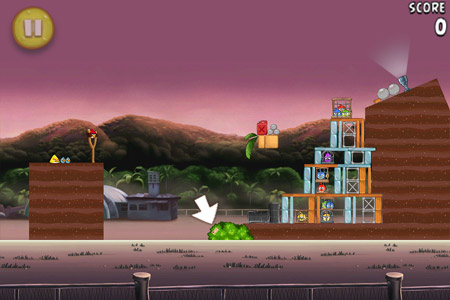 World 9, Level 2: See that bush, sitting proud between the catapult and the diabolical glass structure? With the sticker on it? The apple is hiding there, so fire a Blue Bird into its leaves to nab it. 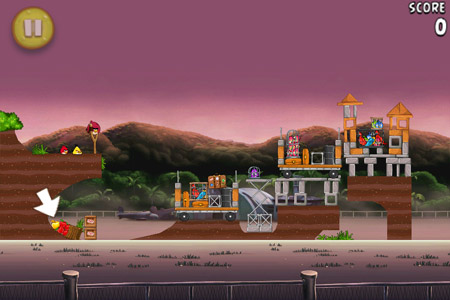 World 9, Level 5: This apple is amongst the mess underneath the catapult. You'll probably get it in the course of normal play, as the left-most baggage cart rolls down the hill. If not, simply bounce a bird off the little hill to hit the TNT crates. 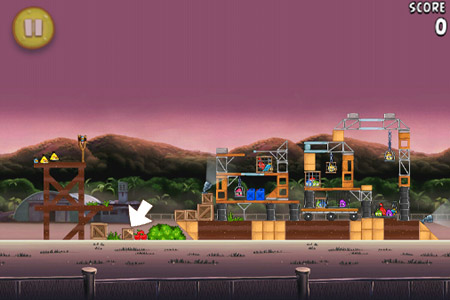 World 9, Level 6: The apple is in the crate at the bottom of the stage, next to the strawberries. Releasing its seedy goodness is as easy as blasting a bird downwards, directly at the box. 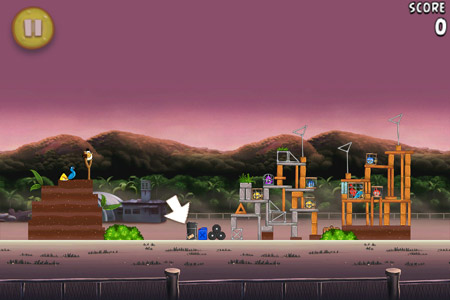 World 9, Level 9: Another easy find. It's hidden in this oil barrel. Either hit the barrel directly or blow up the combustible blue oil tank to its right. 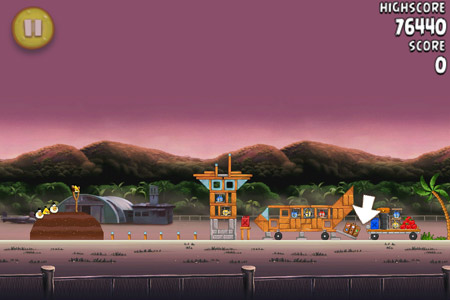 World 9, Level 11: This apple is hiding amongst the luggage at the back of this jumbo jet. You'll probably get it amongst the bird-based destruction. If not, aim your fire towards the rear of the plane. 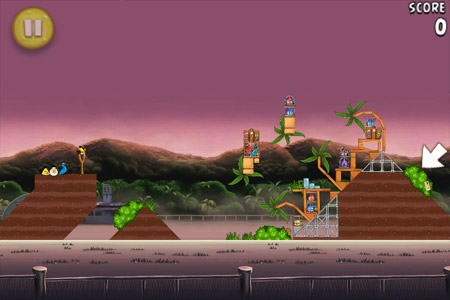 World 9, Level 14: A slightly tricky one to finish World 9. It's in the bushes on the far right of this pyramid, so launch a Yellow Bird in a high, arcing shot to land in the shrubbery, and save the apple. 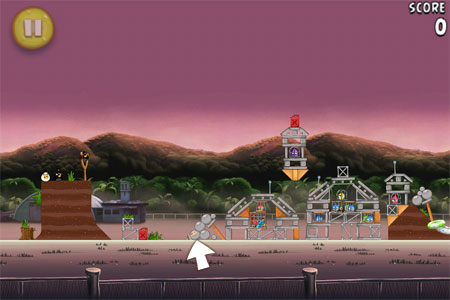 World 10, Level 3: This golden apple is trapped in a stone ball, slap bang in the middle of the level. The best bird for the job is the explosive black bird, who can shatter a stone sphere with one bang. 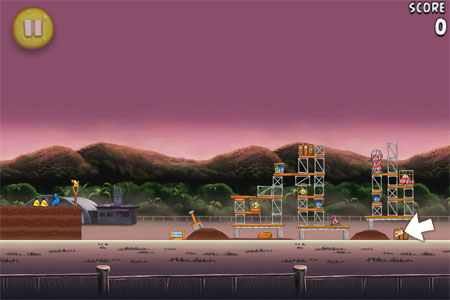 World 10, Level 4: In a suitcase at the far right of the stage. It's trapped underneath a sturdy stone structure and a bunch of birds, and the best way we found is to attack from the top. Throw everything you have at this tower and hope it collapses in on itself, taking out the case (and the apple) in the process. 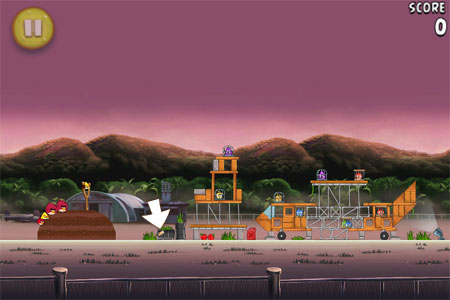 World 10, Level 7: In a cheeky oil drum, to the left of this wooden plane. Simply fire a yellow bird into this canister to smash it open and salvage the succulent fruit from within. 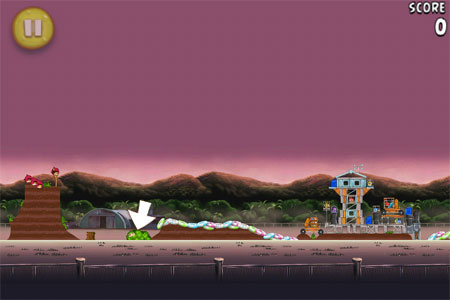 World 10, Level 8: This one is in a bush to the left of the massive bouncy rubber ring mountain. Just fire a bird with reckless abandon at this shrub to steal away the apple. 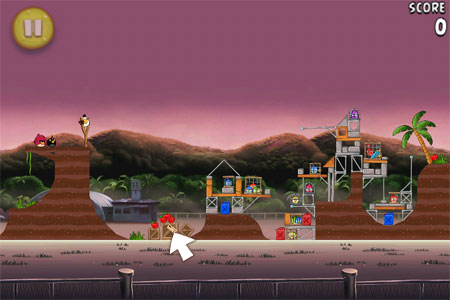 World 10, Level 10: In a crate to the right of the catapult, conveniently marked with a sticker and covered in (non-golden) apples. A white bird's explosive egg should be enough to save this cruely captured fruit. 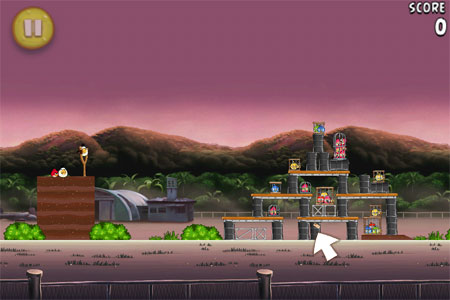 World 10, Level 12: Another apple hidden in an oil drum. Oh well, easy pickings for us. Use your white birds to remove the nearby debris and then launch your red warrior to smash the tub wide open. 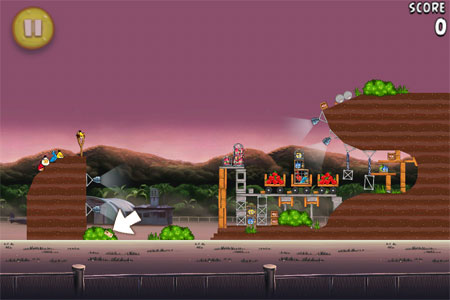 World 10, Level 14: This one is in the bush right next to the catapult, but it's too close to get a clear shot in. Plus, those nasty floodlights are right in the way. Luckily, you've got a white bird who can lay an explosive egg near the shrub and blow the apple right out. Easy, when you know how. 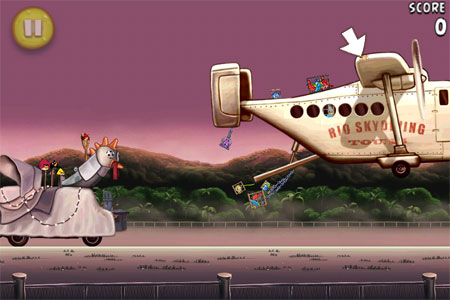 World 10, Level 15: For the final level of World 10, this golden egg is trying to get away on the Rio Skydiving Tour airplane. It's hidden in the tip of the wing, inside a sticker. Use your speedy yellow friend to take it out and grab the last apple of this theme.