The most amazing thing about Android’s meteoric rise in the smartphone arena is how swiftly the goalposts have moved.

Not a month seems to pass without a manufacturer announcing yet another world-beating Google-packing phone. I mean, here at Pocket Gamer, we’ve lost count of the number of times we’ve hailed an Android handset as the “best since the last one”.

And this oft-used accolade is about to be wheeled out again, because we’ve just spent a few days in the lush company of the Samsung Galaxy S II – and it blows away everything that had gone before.

The successor to the massively popular Galaxy S – which has sold over ten millions units worldwide – always had a tough act to follow, but Samsung has managed to create a truly astonishing device that could very well change the way you perceive the Android platform. 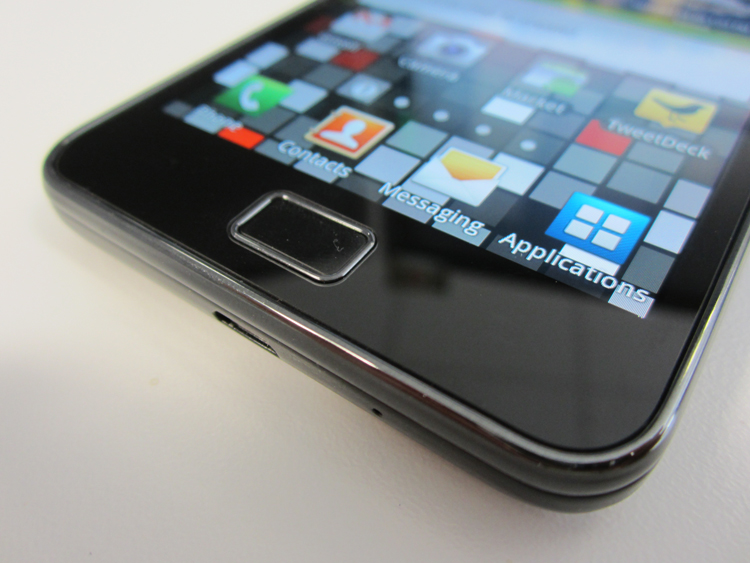 In purely physical terms, the Galaxy S II is gorgeous. Granted, its outer casing doesn’t boast any premium-feel metal, and it lacks the weight and heft of the delicious iPhone 4, but in every other regard it’s a stunner.

At just 8.5mm, it’s the thinnest smartphone ever. You might assume such a slim chassis would result in a product that feels like it’s going to snap at the merest provocation, but that isn’t the case.

Because the battery cover clips directly onto the back of the phone – rather than curving around to the sides – the Galaxy S II’s casing is as solid as a rock. A tight grip doesn’t reveal any creakiness. 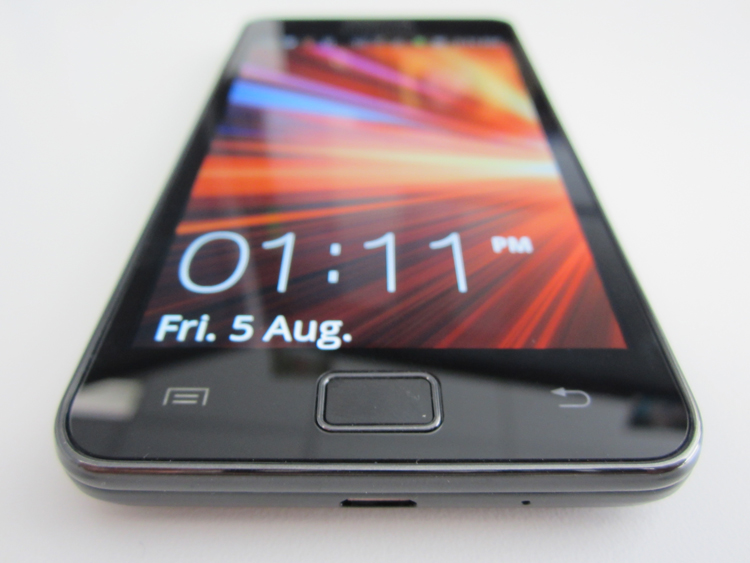 The front of the Galaxy S II is predictably dominated by the 4.3-inch Super AMOLED Plus screen. Although it lacks the pin-sharp resolution of the iPhone 4’s Retina display (Samsung's blower is running at 480x800), the brightness and vivid colours more than make up for it.

Dark areas are especially impressive, as AMOLED tech effectively switches those pixels off to ensure you get the truest black ever. This also means that if you use a black wallpaper, you're saving battery life.

We’re also happy to report that the Galaxy S II’s screen doesn’t suffer from the grid-like pattern effect that was seen on previous-generation AMOLED-packing phones, such as the Nexus S and Dell Venue Pro. 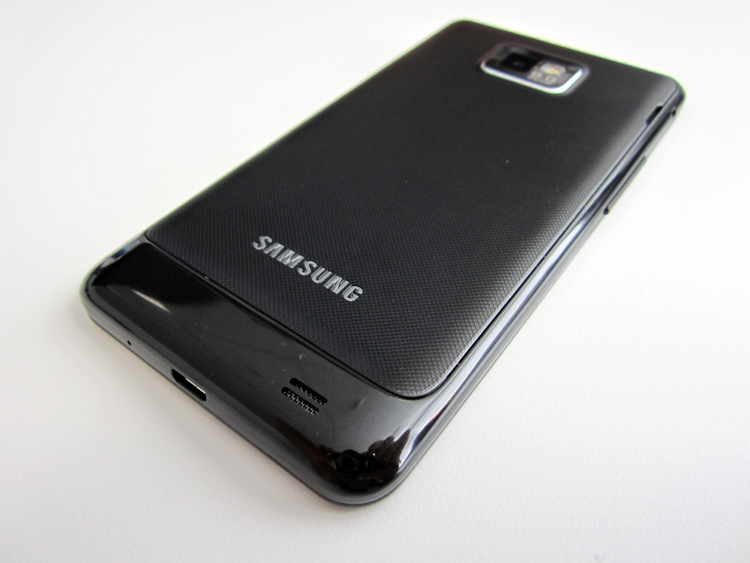 Once you get past the beautiful screen, you’re greeted with one of the fastest and most powerful Android devices yet seen. The dual-core 1.2GHz processor is backed by 1GB of RAM, and it’s as blisteringly quick as you might expect.

Every single task is handled with an almost jaw-dropping degree of speed. Web pages load near-instantaneously, games run smoother than we’ve ever seen, and navigation of the Android 2.3 menu system is so quick it almost feels like you’re struggling to keep up with the phone, rather than the other way around.

Although the Galaxy S II is running Android 2.3 – otherwise known as Gingerbread – Samsung has slapped its own TouchWiz skin over the top of Google’s operating system. While it fails to generate the same level of appeal as HTC’s excellent Sense UI, TouchWiz has got better over the past few years.

Some will unquestionably take issue with the cartoon-like coloured icons and the non-removable bloatware apps, but on the whole there’s little to grumble about – although we still argue that the pure Android software seen on the Nexus S offers the most enjoyable experience. 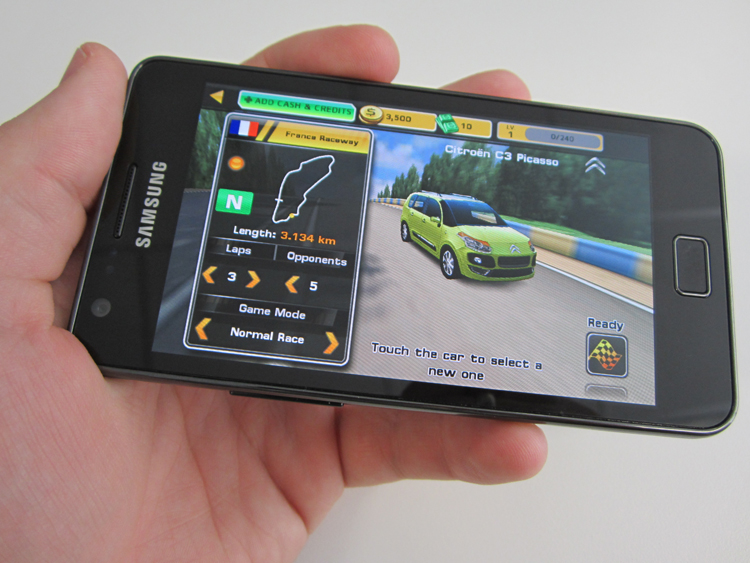 With the Galaxy S II being a top-level Android phone, it should come as no great shock to learn that Adobe Flash is fully supported.

Flash content can be configured to load automatically in the phone’s browser, or you can activate it with a tap of your finger. Videos play without any skipping, and interactive content is executed with barely a pause.

It also means that the Galaxy S II is capable of hosting the fantastic Kongregate Arcade application, which is basically a collection of free-to-play Flash games on your phone.

Thanks to the technical muscle at the heart of the phone, 3D games present no issues. Everything runs quickly and without a hint of lag, and the Super AMOLED Plus screen really allows titles like Angry Birds and GT Racing: Motor Academy to shine.

What’s more, the increased grunt of the dual-core setup means the Galaxy S II is a perfect platform for retro gaming emulation. Apps like the PlayStation emulator FPse and N64Droid run better than ever, and with such raw power under the bonnet, one has to wonder if full-speed Sega Dreamcast emulation could be on the cards.

Coming in 16GB and 32GB variants, the Galaxy S II has plenty of space for all your movies, apps, photos, and music. Unlike the Google Nexus S – another product of the Samsung stable, lest we forget – this particular phone also has a microSD card slot. This allows you to potentially boost the handset’s storage capacity to a whopping 64GB.

Despite the incredible power contained within the Galaxy S II’s svelte frame, we were surprised at how well the battery held up during our review. It’s still highly likely that heavy users will need to hook the phone up to the wall charger once a day, but meagre use will allow you to stretch beyond that.

It would be remiss of us to conclude this review without mentioning the Galaxy S II’s excellent eight-megapixel camera. The quality of the shots it takes is incredible, and it also shoots HD video up to 1080p standard, making it one of the best phones for still and moving image capture. 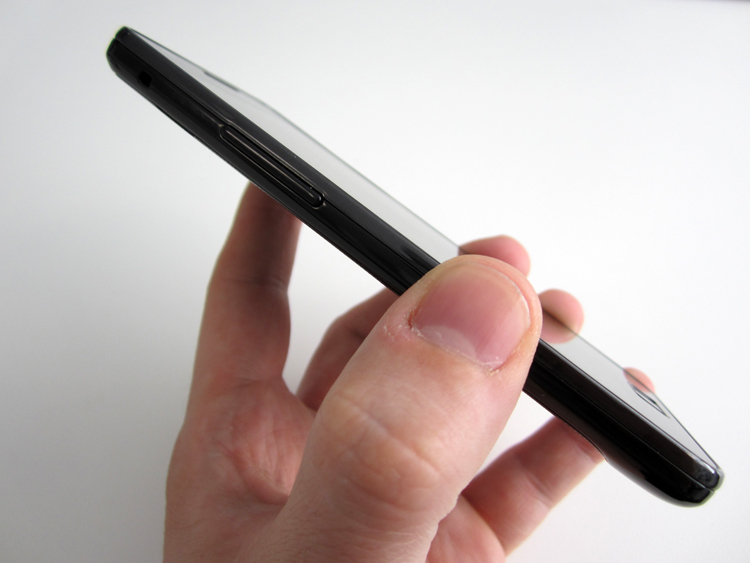 In spite of the overwhelming positives, there are a few negatives to point out.

Samsung has tinkered with the Android button layout at the bottom of the phone, removing the ‘search’ command and turning the central physical key into the ‘home’ button. After using Android for the best part of three years, it’s an awkward change, which isn’t easy to adjust to.

Another problem is that the ‘menu’ and ‘back’ capacitive touch buttons fade out too quickly: one of the first things you’ll want to do when you purchase the phone is to extend the amount of time the button lights remain active for before they power down. 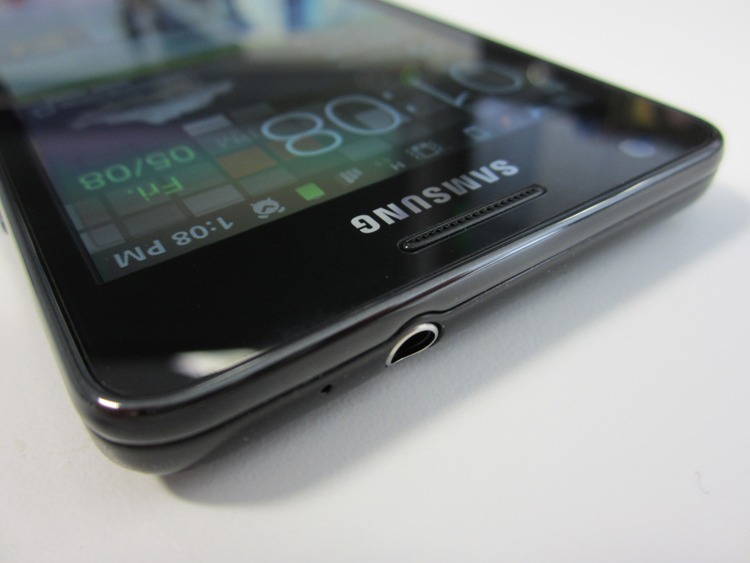 It’s a tiresome experience having to label a phone the ‘best of the year’, and with the iPhone 5 launch on the horizon, it feels foolish to slap the badge on the Galaxy S II when there’s a danger that it could be unceremoniously usurped in a matter of weeks. However, Apple has a hard task ahead if it's to trump this device.

Regardless of what Apple announces in the near future, the Galaxy S II is undoubtedly the best Android phone that money can buy right now.

While that could potentially change when the next Nexus device hits around Christmas time, if you’re in the market for a new Android handset today and don’t wish to wait, then the Galaxy S II comes with the highest possible recommendation.

A worthy successor to the hugely popular Galaxy S, this dual-core champion sets a new high standard for Android phones, and represents the best device in its field at the present moment
By Damien McFerran
| Aug 9, 2011 |
Mobile