The 18 egg-celent stages choose to focus on the season's chocolate Easter eggs, rather than the whole resurrection of Jesus Christ thing. Probably for the best, really.

The stages are all covered in eggs which give you bonus points when smashed. 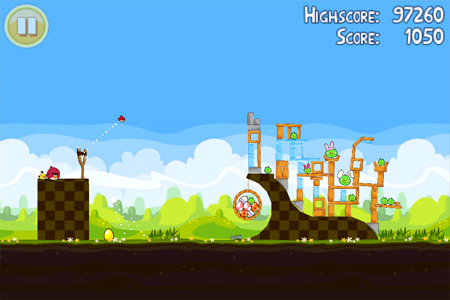 Golden Egg 1 (Level 1-2)
This cheeky egg is hidden in the patch of grass closest to the birds' catapult. Remove the grass with one bird and save the egg with another. 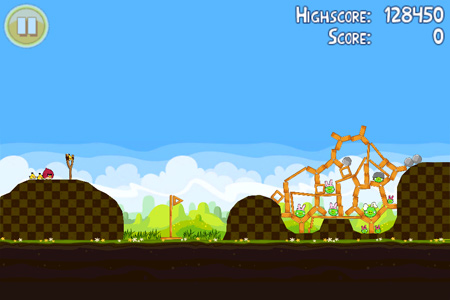 Golden Egg 2 (Level 1-4)
This one is also in the left-most grass, closest to the catapult. The rocky terrain makes it harder to hit: you need to hit it with an slight, arcing shot from a yellow bird. 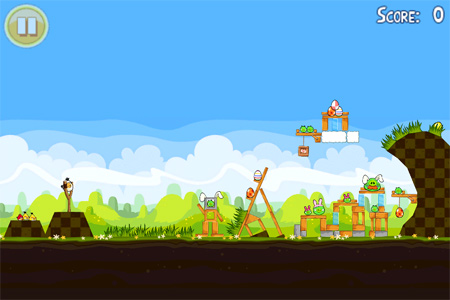 Golden Egg 3 (Level 1-6)
Peeking out of the grassy knoll on the right-most cliff. Use the extra distance on a yellow or white bird to reach it. 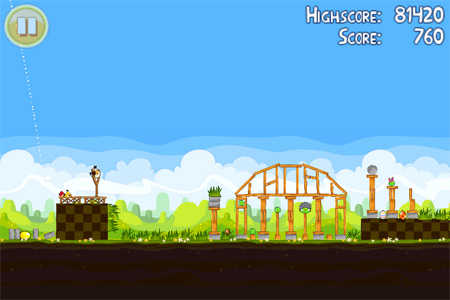 Golden Egg 4 (Level 1-7)
Hidden in the collection of stone blocks to the left of the action. Break them apart with an explosive white bird egg, and then collect the egg with any-old bird. 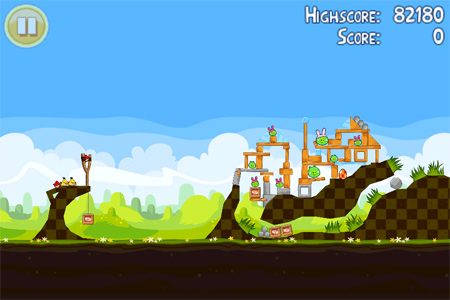 Golden Egg 5 (Level 1-8)
This one will appear after you've blown up the TNT crate under the catapult. Bounce a red or yellow bird off the checkered wall to the right. The egg will appear in the clearing for you to collect. 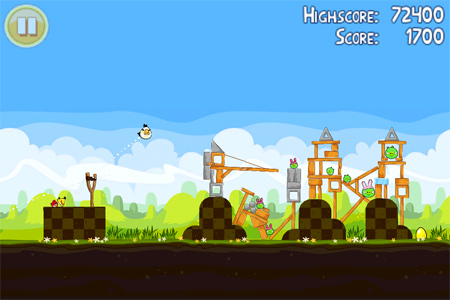 Golden Egg 6 (Level 1-9)
Throw a random bird off the screen to the left and you should hear a TNT crate being blown up. It will make a golden egg crop up on the far right of the screen. Smash some of the nearby tenements to drop some wood and masonry on the egg. 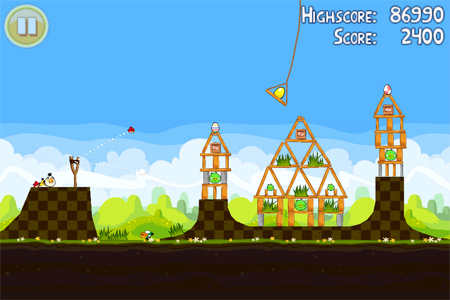 Golden Egg 7 (Level 1-10)
There's a patch of grass on the left-most wall, just below the catapult. Hitting it with a green bird will trigger a platform to drop from the top of the screen. A golden egg is hanging out on the platform, so cut the rope with a bird to smash the egg open. 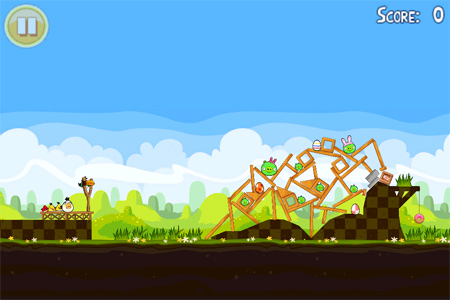 Golden Egg 8 (Level 1-12)
Use your green egg to squish the pink doughnut on the far right. If you can manage that, the golden egg will appear, swinging from right to left and back at the top of the screen. Hit it with any bird to nab it. 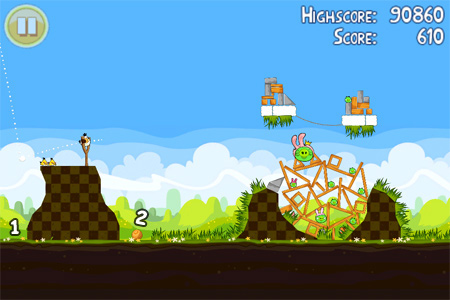 Golden Egg 9 (Level 1-15)
This one's a toughie. Use a white bird egg to disintegrate the grass on the left of the screen. A wooden ball will appear: kill that with a bird or egg and the golden egg will finally show its shiny face: swinging at the top of the screen. Hit it with a remaining bird to, finally, rescue it. 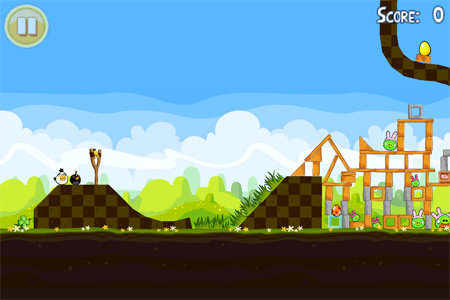 Golden Egg 10 (Level 1-16)
It might look like the egg is inaccessible, safely hidden behind an impregnable checkered wall. Not so: smash the four leafed clover on the left of the screen and the egg is yours. Not so hard, eh? 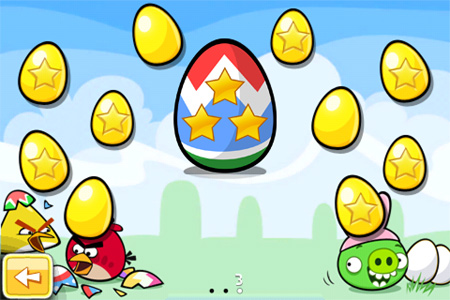 Golden Egg 11
To get this golden egg, you’ll need to earn three stars on every stage in Easter Eggs. Good luck!