The 18 overly-emerald stages are covered in patches of clover (lucky four-leafed versions net you 500 points, while their three-leafed cousins give off just 100) and pots and piles of gold.

The pigs themselves are often decked out in leprechaun-style hats and ginger wigs and beards.

As before, if you’re stuck on a particularly tough stage, just watch the pros in action. 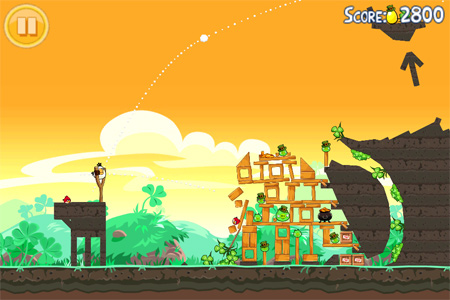 Golden Egg 1 (1-8)
This sneaky egg is hidden high above the action in level 8, but a big arrow made of rocks will point out where you need to look.

To get this one you’ll need to use the Yellow Bird, and aim him so high that his little yellow body is hugging up against the catapult. Launch his zoom attack as soon as you fire, and he’ll hopefully do a big looping arc back down onto the egg. 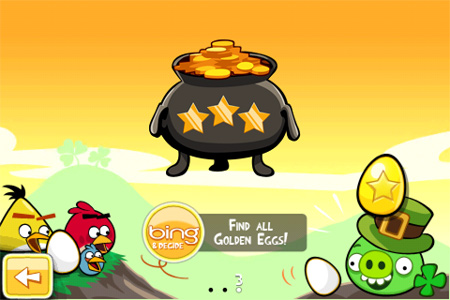 Golden Egg 2
To get this golden egg, you’ll need to earn three stars on every stage in Go Green, Get Lucky. Good luck!