Strange news from another star (or five)

With the final NASA shuttle mission having touched down in Florida earlier this week, it seems that the glory days of space exploration are truly behind us.

But let’s not get too down about it - I mean, the most exciting space stories tend to be housed in the fiction section of the library rather than among the biographies, anyway.

So dry your eyes with this top five selection of space games on your Java mobile, instead.

Naturally, most feature extraterrestrials and laser guns, so aren’t exactly realistic, but never mind that: check your protein bag and put your helmet on. 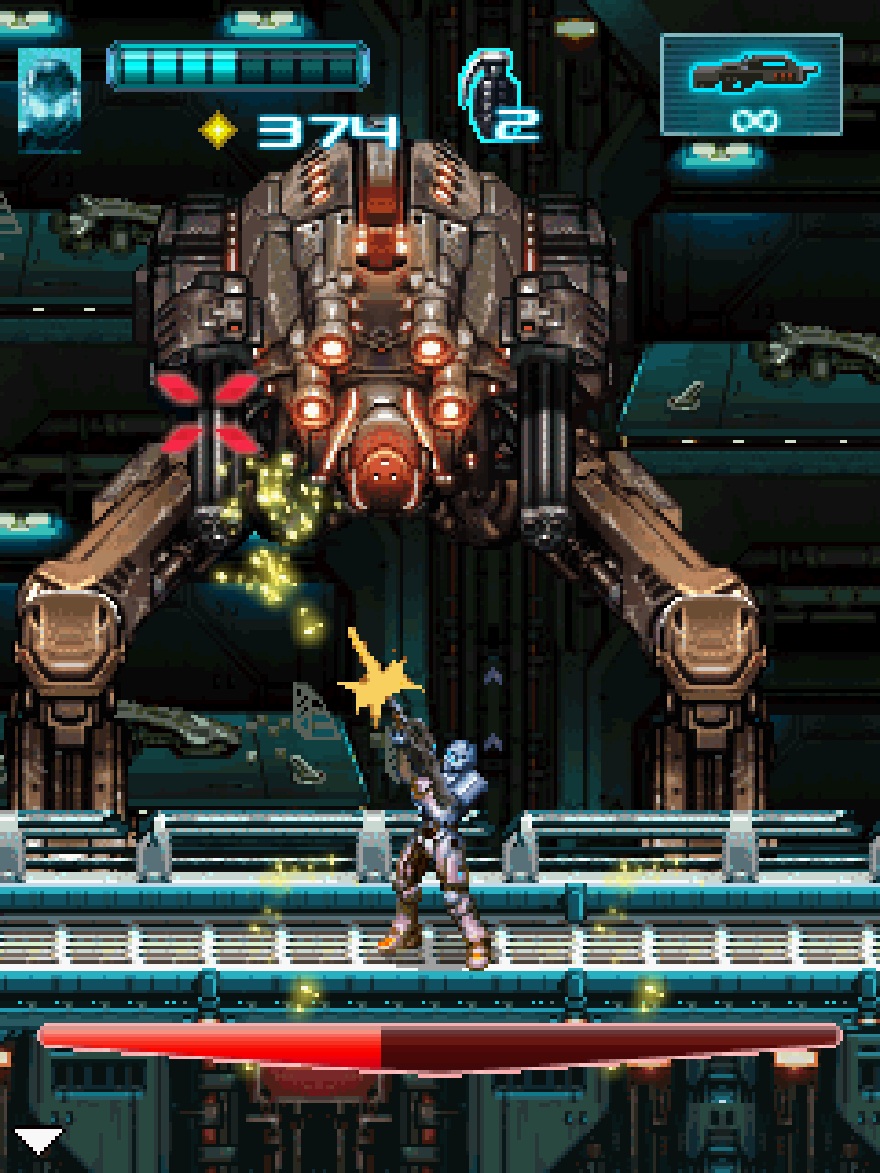 N.O.V.A. doesn’t concern itself with reality. At all.

You are Karl Wardin (Gameloft up to its old ‘corny name’ tricks again, I see), a heavily armoured individual taking the fight to a bunch of nasty robotic and organic alien creatures via the means of 2D platform adventuring.

Like all of Gameloft’s side-scrolling adventures, N.O.V.A. is slick, smooth, and packed with explosive set pieces and adrenaline-fuelled shooting. 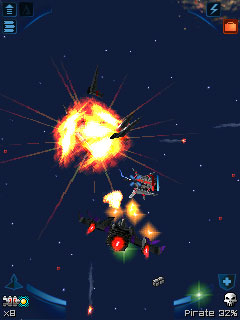 The original Java version of the best-selling iPhone space combat game is as technically impressive today as it was upon release back in 2009, combining cutting-edge 3D visuals with exhilarating dogfighting.

But Galaxy on Fire 2 isn’t just about blasting ships into smithereens - there’s also a complex universe to explore, jobs and missions to be fought over, and even a grand plot to tie everything together.

If you’re looking to get lost in space (in a good way), then Galaxy on Fire 2 should be in your crew at takeoff. 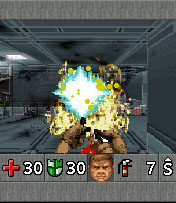 Set on board a decaying and hostile moon base orbiting one of Mars’s satellites, Doom RPG (and its sequel) takes id Software's influential PC first-person shooter and perfectly distills the core elements of the game to take advantage of the Java format.

By making the game a turn-based RPG, Fountainhead and EA Mobile overcome any potential control issues without sacrificing what made the original fun and scary in the first place.

It’s a bit on the short side, but it’s very sweet. By ‘sweet’ we mean ‘packed to the gills with Cacodemons and other hideous monstrosities from hell.' 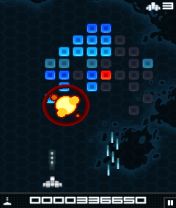 No list of the definitive space-related Java games can be complete without some mention of Taito’s seminal arcade game Space Invaders.

Evolution is possibly the best version of the franchise on mobiles, taking the classic gameplay of the 1978 arcade smash and moulding it into a fierce and very modern shooter. 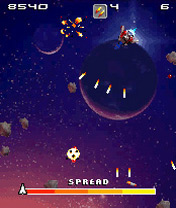 Another hands-down classic that deserves its place in many a top 5 is Glu Mobile’s mobile port of the Atari wireframe shooter Asteroids.

This Java version doesn’t do too much to rock the boat when it comes to the basic gameplay - you still blast space rocks into smaller chunks, after all - but the excellent controls and extra modes gives the game a fresh and modern feel.