Security is becoming a big issue for mobile users. While the mainstream press is busy baring its teeth over some disgusting instances of phone hacking, Android and iPhone users in general are slowly waking up to the fact that as their phones become more powerful and capable, the potential for malicious software becomes greater.

Indeed, having just managed to get my hands on the LG Optimus 2x (a very nice phone so far), I wasn’t all that surprised to see F-Secure, an anti-virus program, pre-installed and ready to be activated.

It’s doesn’t take too long to see why this sudden growth in viruses and trojans started. While the app stores across the platforms have seen arguably the biggest explosion in fresh and exciting applications and games in the history of computing, it also opens up the doors for others to sneak in without your knowing and rifle through your stuff.

True, no really nasty hacks have wormed their way into the official stores yet - with the most vicious confined to places as well-known for their pirated software as their low-level apps - but I get the feeling it’s a matter of 'when', not ‘if’, we’ll see these identity-stealing, phone-bricking programs rear their ugly heads. 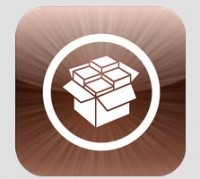 Jailbreaking an iPhone isn’t that difficult as it is, but it’d still be nice if all you have to do is navigate to a webpage to perform the operation.

Having been closed for a few months thanks to Apple locking out the previous method, Jailbreakme.com is back up and operational following the discovery of a new exploit.

The newly re-opened website can now jailbreak the latest version of iOS, meaning that iPhone 4 and iPad 2 users who don’t want to download and run files from their PC can do so from the comfort of their phone / tablet.

In completely unrelated news this week...

It’s been panic stations in the iOS division at Apple, as the corporation found out about a new exploit in iOS (possibly one of the 200 located by Symantec last week) that could allow attackers to plant malicious software on the phone without the user’s knowledge.

The flaw comes from .pdf files in Safari, and - would you believe it - is exploited by the jailbreakme team (see above) to allow a web-based jailbreaking method (rather than viruses).

What’s slightly more amusing about this new exploit is that the web-jailbreak actually plugs the security hole in the OS once it’s finished, meaning that your phone becomes slightly more secure than an official, closed-down iPhone.

Apple is looking to release an update to the OS that plugs this hole for its non-jailbroken users soon.

Nokia pledges support for the N9 and MeeGo 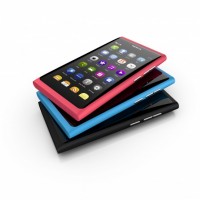 You can always tell a format’s in trouble when the company behind it has to announce that it won’t abandon the new platform before the first handset is released.

So, when Nokia came out and said that it was going to support the N9 after release, you could be forgiven for wanting to skip it and wait for the Windows Phone handsets instead.

Still, Klas Ström, head of portfolio management for Nokia e-affirmed that the N9 and MeeGo will be supported for “years” via his Twitter feed, as well as state that there will be software updates to boot.

We’re not exactly sure that will allay fears that the N9 is already dead in the water, however.

Pic3D puts 3D on the iPhone 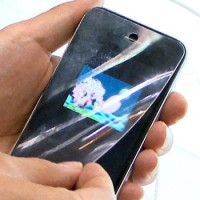 Android is getting its first 3D phones this month, with both the LG Optimus 3D and HTC Evo 3D launching in the UK.

If you have an iPhone and want to get in on the three-dimensional action, then Pic3D may be your answer.

A combination of transparent film that fits on the screen and an app, Pic3D attempts to simulate the autoscopic technique used by the aforementioned droids without requiring a new handset.

We’d be lying if we said it looked particularly slick sticking what looks like a dust cover onto your shiny iPhone 4 screen, but - hey - more choice is always good.

It’s been a long time coming, but ITV, the UK’s second broadcaster, has finally brought a streaming app to both iPhone and Android this week.

ITV Player does exactly what you’d expect: allows you to view programs from the commercial channel (with the added bonus of annoying advert breaks) via either 3G or wi-fi, so you’ll never have to miss an episode of Emmerdale again.

First though, you have to agree to sign up to a newsletter - not a great start - and, if you’re on Android, install Adobe Air, possibly for DRM issues.

In any case, if you’re happy with being bombarded with adverts both in the app and in your freshly created dummy email address, then you can download it now for free from both the App Store and Android Market.

Hands-on with FIFA 12 on iPad and iPhone