Gamelion and Mass Creation - not content with slicing and burning pirates and ninjas in other titles - have released Draw Slasher onto the Android Market today, which doesn't features boring ol' vanilla pirates, but "pirate monkey zombies".

Taking the role of a Ninja tasked with slaughtering these foul beasts, Draw Slasher: Dark Ninja vs Pirate Monkey Zombies (to give it its full name) sees you slashing and hacking limbs off in a stylistic black-and-white island paradise.

There are four basic modes - Survival, Waves, Hardcore, and Classic - and a potential for hundred-value combos, as well as the ability to slice off separate limbs should your screen swipe be placed in the right location on the target's body.

You may also purchase an expansion pack that adds a further 90 stages to the game and a new environment to gallivant around in (slicing monkey zombies up at the same time).

Draw Slasher certainly looks like an eye-catching title, and we'll be reviewing it on the site soon. 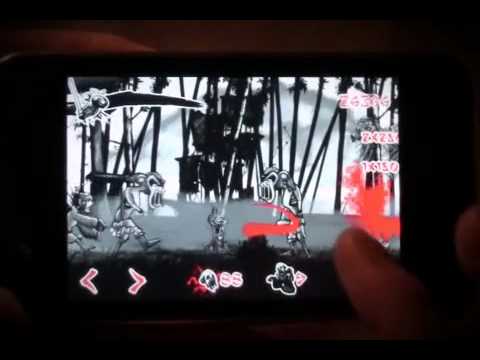