The battle of the expos is over. Monster gaming tradeshow E3 is dwindling to a close, and Steve Jobs has hung up his WWDC turtleneck for the year.

We found out that iCloud has more to do with server-side backup than the weather, Luigi's managed to get himself stuck in yet another ghost-filled mansion, you won't need to take out a second mortgage to buy a PlayStation Vita, and iOS 5 finally fixes notifications.

With all that excitement out of the way, let's chill out, relax, and download some hot new iPhone games. This is Five Stars. 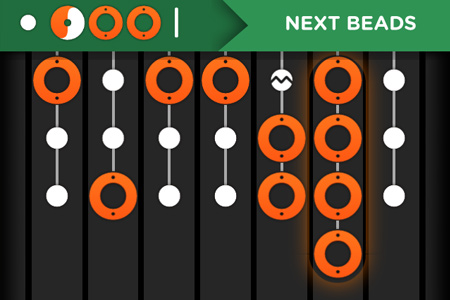 Perhaps the biggest compliment I can pay LinkEm is that it very nearly made me miss my tube stop. We're talking shoving commuters out of the way, leaping through train doors as they're clamping shut, and nearly forgetting to "Mind the Gap".

Not my fault, of course: I had my nose stuck in this dangerously addictive puzzler from PreLoaded and Channel 4 Education - a smart spin on Drop 7, Tetris, and Connect 4.

You've essentially got to make rows and columns of four or more orange loops. There are also small white beads which can be used to lengthen columns, but they're weak and will snap if too great a load is applied. Finally, you've got flipper power-ups, which can turn nearby loops into beads, and vice versa.

Mindlessly placing loops and beads won't get you anywhere: you'll receive a flimsy amount of points and risk snapping off entire columns. It's all about thinking ahead, like placing a perfect flipper to turn a messy sea of orange and white into a point-heavy combo of rows, columns, and diagonals.

It's fast, painfully smart, and effortlessly addictive. It's one of my new favourite puzzle games on iPhone - and it's free. 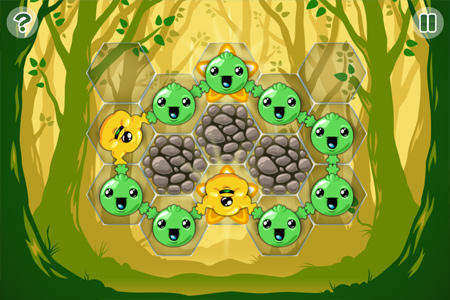 It's always refreshing to see a brand new concept in a puzzle game, and not some reworked version of Bejewelled or a port of Tetris with a 'killer' new feature. Joining Hands is, as far as I can tell, a fresh idea in a sea of clones.

You've got to position these wimpy Peablins on a hexagon grid so they can all hold hands with a nearby pal, leaving no limb left untouched and the Bogeyman at bay.

Sounds easy enough, but you're soon given green guys with handfuls of hands, heavy Grimmlin that refuse to move, chunky Brufflin with inflexible arms, and emo Poeglin that don't like holding hands...or standing next to other Peablins.

It's tough, compulsive, and often very clever. Joining Hands offers a new idea, and one that works really well on the iPhone or iPad's touchscreen. It comes packed with loads of levels to play - with even more promised in future updates - and uses Game Center for leaderboards. 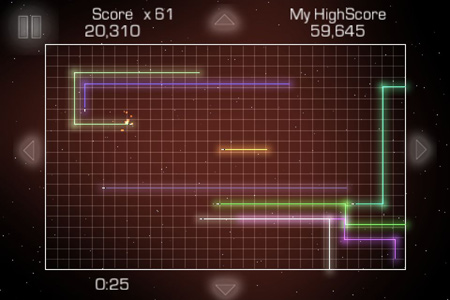 Hard Lines is a mix of all that's good in life: the murderous light cycles of Tron, the dizzying neon of Geometry Wars, and that addictive Snake game everyone was playing on their Nokia phones about ten years ago.

You play a line named Lionel, and you've got to gobble up pellets while avoiding the other neon-lit lines. You turn at sharp right angles, making it easy to cut up other drivers or accidentally plow Lionel into the deadly trail of an opponent.

No worries, though, he'll come back with a vengeance, and a witty quip.

You see, to inject some zest and personality into a game about multi-coloured vectors, Lionel and his enemies all spew random taunts to liven up proceedings. In the isolated world of Snake Mode (based heavily on the mobile inspiration), Lionel breaks up the silence with misremembered facts, random personal thoughts, and truly dreadful jokes.

It's fun stuff - an addictive little time waster with true personality and plenty of different modes to keep you occupied. But could we get a multiplayer mode, please? Lionel's practically crying out for other humans to yabber to. 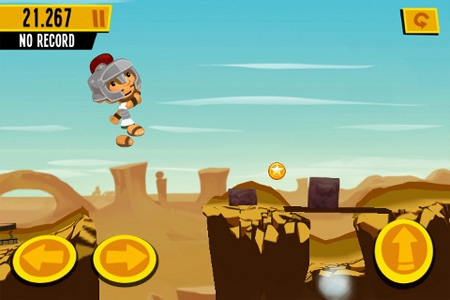 The levels, so far, aren't exactly hard. The odd floating platform here, some coins over there, and a springboard over here. What you're really contesting with is the game's crazy controls: your character acts more like a marionette than a person, as he floats and dangles about the level.

But it's a fun little idea and you'll get something new to play, some new friends to challenge, and a new item to unlock for your hall of records for the next three years.

The only question is, will you still be playing it on March 4th, 2014? Let us know by neural transmission or holographic FaceTime. If we're still alive. 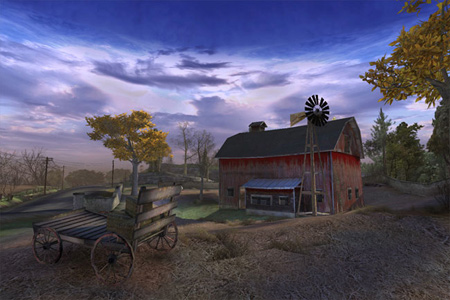 "Dream:scape is not a game," apparently. According to its iTunes description, it's "an immersive interactive experience" and "an explorable novel that makes you the main character."

You play as - sorry, 'immersively interactive' with - a bloke called Wilson, who's recently kicked the bucket. He ends up in a limbo-like state, trapped between the worlds of the living and the dead. Before he can pass onto the afterlife, he needs to sort out some unfinished business and solve a decades-old mystery from his past.

You'll wander about an old town, gorgeously rendered with the same Unreal Engine 3 that powered Infinity Blade, as you pick up clues and chat to folk from your old diary. There are a few puzzles and the odd action sequence, but it's mostly an exploratory, narrative-based experience.

If that sounds like something you'd dig, then dream:scape delivers it in spades. Through sharp storytelling, lots of voice acting, atmospheric sound effects, and a gorgeous world to explore, this is an intriguing experience that's unlike anything else on the App Store.