With L.A. Noire storming up the home console charts and people throwing words like ‘one of a kind’ and ‘innovative’ around like a careless dame with a bottomless purse, I couldn’t help but have a browse through the Pocket Gamer files one stormy evening in search of a similar case on mobiles.

What I came across in these battered old containers almost made me drop my cliché backstory about alcohol addiction in surprise - five unsolved Java crime game kingpins, still out there on the loose.

I adjusted my fedora and rambled out a few bordering-on-surreal similes to myself like a down-on-his-luck chancer talking his final chip onto the table.

How could these games have gotten away with not being noticed for so long?

I strolled up to my cork noteboard, making sure to show my gun to the camera, lest you forget I have one, and began to pin the titles up...one by one. 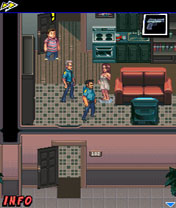 This first case pulled a real number on the boys in blue when it was released from development prison back in 2009.

He usually goes by the name of ‘Cops’, and although some say he’s the brother of the notorious ‘thrill-seeker’ Zombie Infection, this chump’s more interested in taking names than brains.

One thing the pyscho mumbo jumbos down at the city clinic tell me is that Cops is obsessed with fate - like he believes every action must follow the path ‘laid down by the creators.'

All I know is that he’s a dangerously involving title and should be approached without caution. 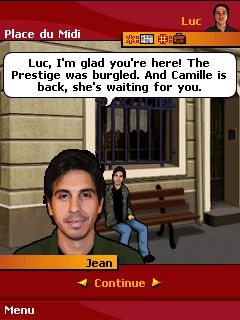 Damn, these two twins are lookers, but don’t let their visual charms distract you.

Given the chance, these two femmes fatales will have you tied to the screen with the contents of your spare time emptied on the floor beside you.

We first got wind of the Crime Files twins back in 2010, when the first game pulled a number eight on our reviewer at the time thanks to her elaborate and vivid tale.

Since then, her sister (going by the street name The Templar Knight) has also got in on the action, leading us on a wild-goose chase all over the state of France, rather than sticking to the familiar ground of the first game.

If you see either of these two on your mobile patrol, you are strongly advised to inform the authorities by purchasing them immediately. 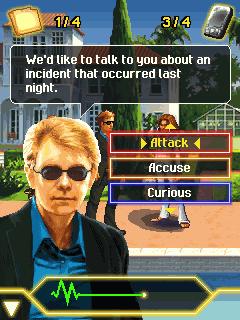 What started off as a welcome break from the gamercide department here in clichéville turned to a series of gruesome murders, thanks to the boys from CSI Miami poking their noses around.

Oh, sure, they had the looks, the charming mini-games, and a tight interrogation system, but there was something odd about the way they removed their sunglasses that just didn’t add up.

Still, plenty of folk around there seemed mightily pleased about how intelligently they handled the cases on offer, with the Pocket Gamer lab team even going as far as to call it, "a great mystery game with two gripping storylines." 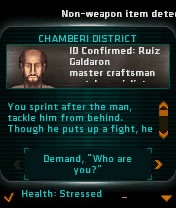 This modern crook, going by the name of Gemini Division, doesn’t live by the same code as the perps from the past: instead, he relies on computers to do all the dirty work for him.

Our profiler, whom I like to refer to as ‘filer’ to get the boys laughing back at the station, says the stories this one reminds him of are by ‘Philip K. Dick’ and ‘William Gibson’ - two writers for the local paper that specialise in the fantastical.

That may be the case, but his reliance on codebreaking, hacking mini-games, and suspenseful storyline has gotten him into trouble with the law far too often for my liking, and he should be considered 'highly recommended'. 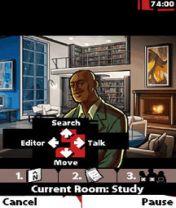 I was as shocked as anyone when I heard Cluedo’s name come up on the radio in connection to a mobile crime game.

The old dog’s been working homicide at the late Dr Black’s place for a good 62 years, trying to solve the murder that has haunted his career from the very start by walking one step, then three, and three again towards a room.

Now he’s gone and thrown his whole damn career away by appearing in a top mobile game that works brilliantly on the go.

Last I heard was that this adaptation of the famous boardgame was hiding out with Ms Scarlett in the dining room with the dagger, although I’m not confident enough to accuse him outright of keeping such company.