Hello and welcome to the latest edition of the Pocket Picks roundup!

It’s been an odd bunch of stories we’ve gathered this week, ranging from new screen tech (that doesn’t involve retinas or resolutions for once) to yet another case for the legal eagles at two multi-national corporations.

There’s also a bit of news for Android users in the form of both an update to a well-loved app and an update on why a well-loved OS isn’t entirely open-source.

So without further ado, let us begin! 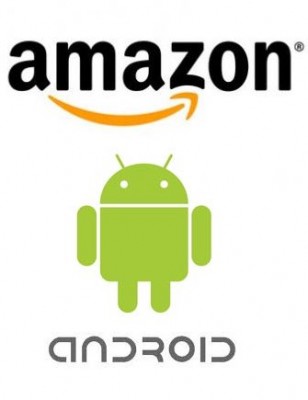 It was bound to happen. A day before Amazon launched its new Android distribution portal in the US, Apple stepped up and employed its many legal eagles to sue the company over the use of ‘Appstore’.

Making things slightly more complicated than they first appear is that Microsoft is currently arguing that Apple shouldn’t be granted the trademark for the term in the US on the grounds that the word has become synonymous with generic mobile distribution channels.

Even more confusing, Apple does currently hold a European trademark for the term (all one word as with Amazon’s name), which may be one of the reasons why Amazon has yet to launch its service internationally.

In any case, we’re sure this story will run for many, many months as the courts sift through the countless pages of paperwork and evidence.

Thanks to highly powerful processors and all manners of smart internet services, running out of juice in a modern mobile is almost always guaranteed to happen when you most need the device

Wysips is hoping that those times of being unable to call for help while trapped in a serial killer’s cellar are over, thanks to its new solar panel displays that charge as you’re using them.

Using the power of the sun, these displays still look like standard mobile phone screens, but in fact consist of photovoltaic transparent film.

The tech isn't in production - it's still just a prototype at the moment - but it could well be a solution for those living in sunnier climes than the UK.

We'll have rain-powered ones, please.

Opera has updated its popular mobile browser for Android, BlackBerry, Symbian, and even Java, to version 6 this week, bringing about a number of alterations and new features that should please its devoted following.

The foremost among the new features is much improved multi-touch support (as in, you can now pinch-to-zoom). No more tapping around wondering why you can only pick between two fairly useless zoom levels.

Opera Mini 6 still retains its predecessor's ability to load up pages at an exceedingly quick pace, so it’s well worth checking out if the default browser has a fondness for hanging over 3G.

With the UK government set to sell off bandwidths currently being hogged by analogue TV broadcasts to mobile companies later in the year, we should start to see the first proper 4G connections make their way over to these shores. A decade after certain countries, but better late than never.

In the meantime, however, O2 has just switched on its 900Mhz band of 3G - compatible with most of the phones it currently sells - which should improve 3G speeds in all the major UK cities by around 30 per cent, and capacity on the network by a good 50 per cent.

While that may be great news for those living in London, Manchester, and the like, those of us in the ‘minor’ settlements will have to wait until we get a decent signal.

Those that have been eagerly waiting to get their hands on the inner workings of Honeycomb were in for a disappointment this week, as Google has flat-out refused to release the source code to public eyes.

In an effort to quell cries of foul play from the Open Source acolytes, Google’s VP of engineering Andy Rubin went on record to say that the company had to, “cut corners” when developing the tablet OS, and that it wasn’t keen on seeing it being retrofitted into mobiles as it would create a, “bad user experience”.