Gameloft has just teased a new game on Twitter with a link to the image below. It shows a burly shoulder attached to a man wearing a leather waistcoat over what looks like a potato sack. There's a tattoo on his upper arm of a skull and – is it Pirates?

Anyway, there's a tattoo of a skull and crossbones with the words 'Per Mare Per Terram' underneath – the motto for the Royal Marines.

He's wearing what looks like a quiver, with throwing knives slotted into it. In the background is an expanse of water and a burning city.

Prince of Persia? No, too old.

Next to that are the words, “When revenge is coming, watch your back.”

We know it's historical, involving throwing knives and the Royal Marines. And we suspect it's one of the Unreal Engine 3 games Gameloft is developing in 2011. What we don't know, yet, is what game it's a clone of. 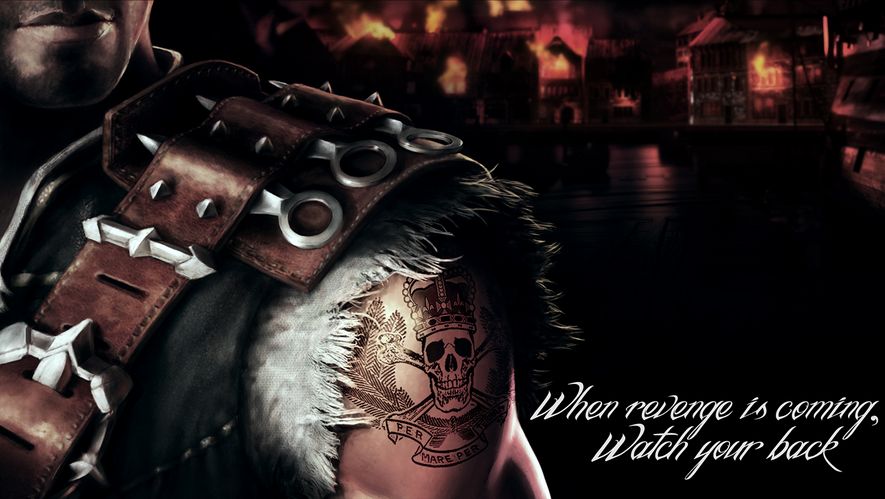