Come fly with me

When Tiny Wings hit the App Store last month it became an overnight sensation, storming to the top of the Paid app chart on iTunes.

The beauty of the game is its simplicity: its one-touch control system means that it’s easy to play, difficult to master, and impossible to put down. Here's a little Tiny Wings walkthrough to help you touch the clouds and, more importantly, achieve an unassailable high score. 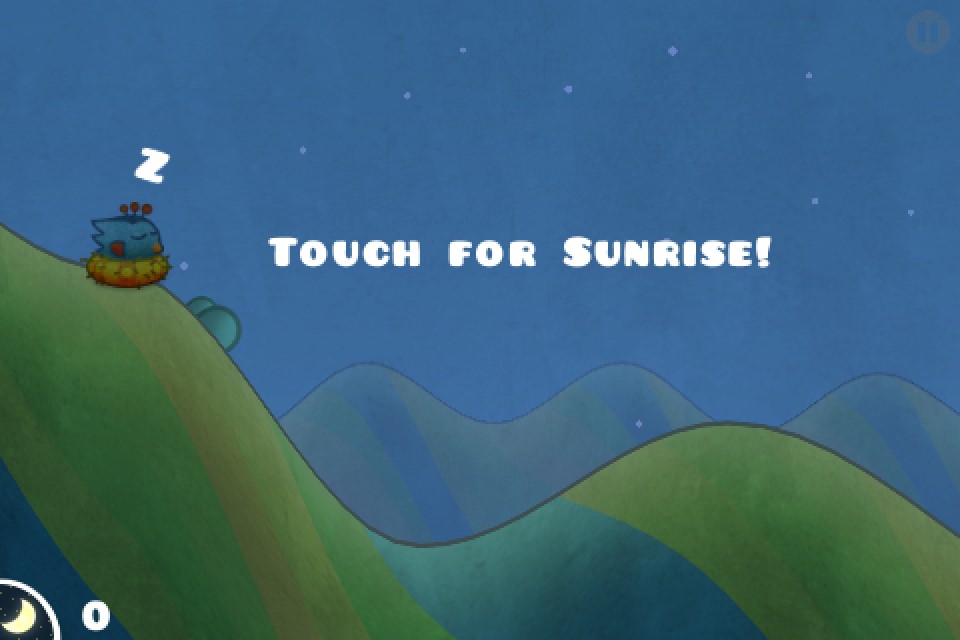 The intro to Tiny Wings reveals a plot suspiciously similar to Chicken Run. It's all about a bird who wishes to fly but is unable to do so because his wings are too small. Fortunately for him, the world in he inhabits consists almost entirely of momentum-generating hills and valleys.

The aim of the game is to guide the bird as far as possible through a series of islands and to accumulate as many points as possible before the day ends. The day begins when you touch the screen for the first time and the progression of night is displayed on the bottom-left of the screen. 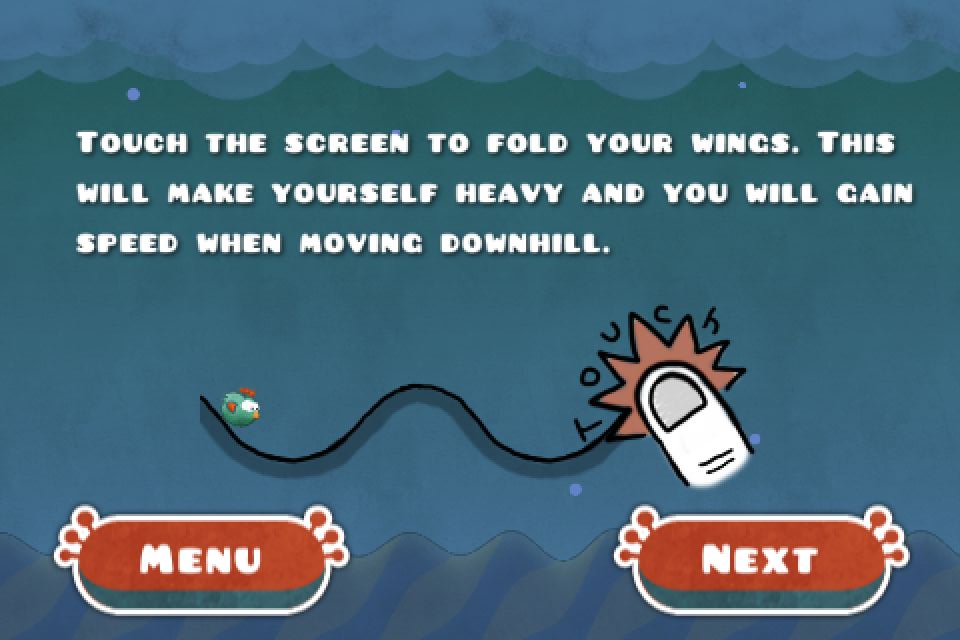 The control system is as simple as the premise. Touching the screen folds your wings, making you un-aerodynamic so as to gather speed while going down a hill. Removing your finger from the screen opens your wings, allowing you to glide through the air.

As a general rule, you should touch the screen while descending and let go when ascending.

However, you won't get very far without mastering the art of sliding, as perfect slides are rewarded with generous multipliers and speed boosts that can allow you to get farther away from the sun and increase your score.

Chaining three perfect slides together will cause you to enter Fever mode, which increases your multiplier even further. Upon completion of a perfect slide, a notification should appear at the bottom of the screen. 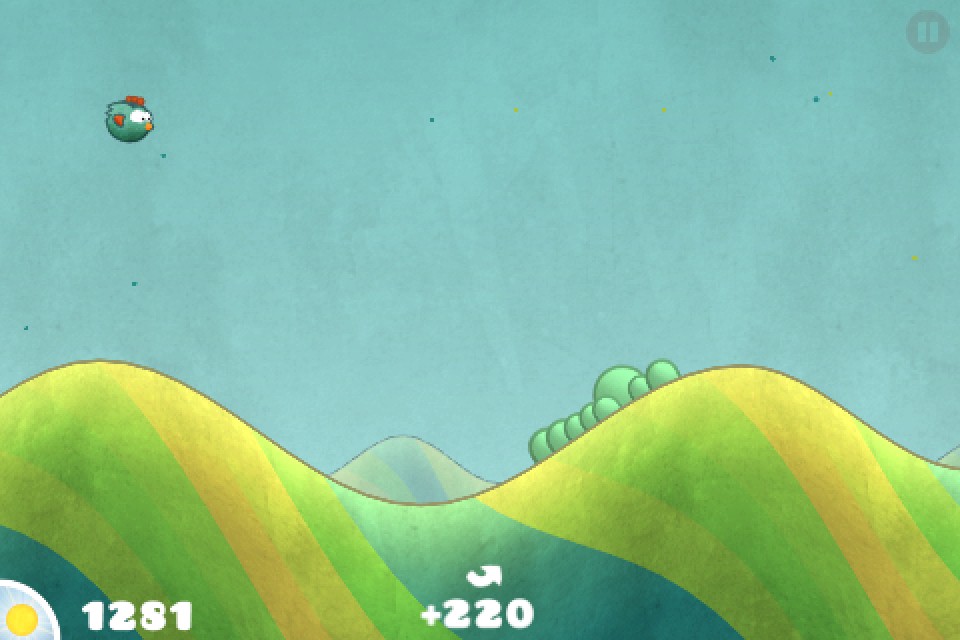 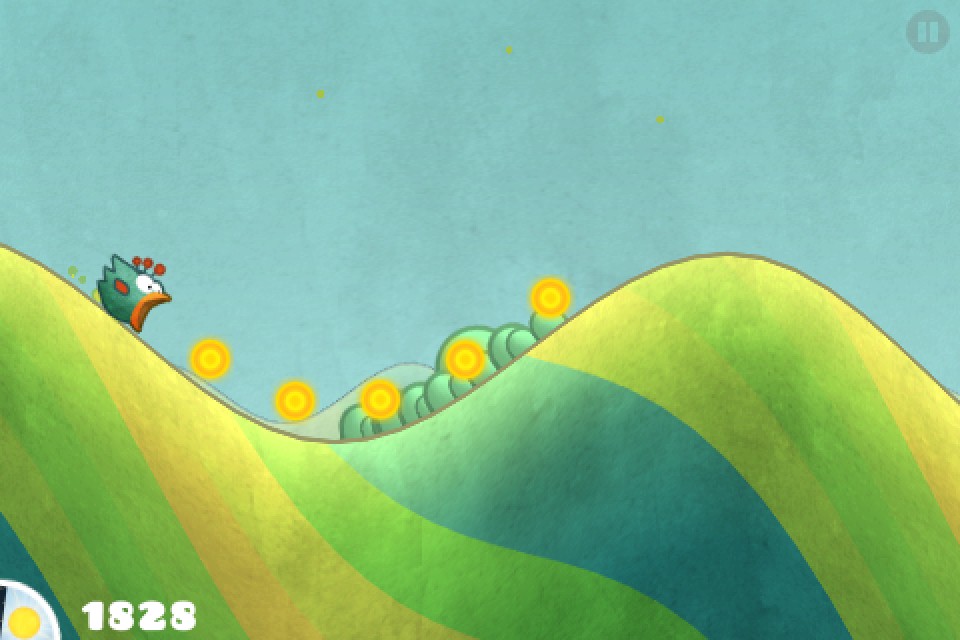 Points are also awarded for collecting gold coins that are scattered around the islands. While some are easy to collect, others may require you to change your course and disrupt your run. 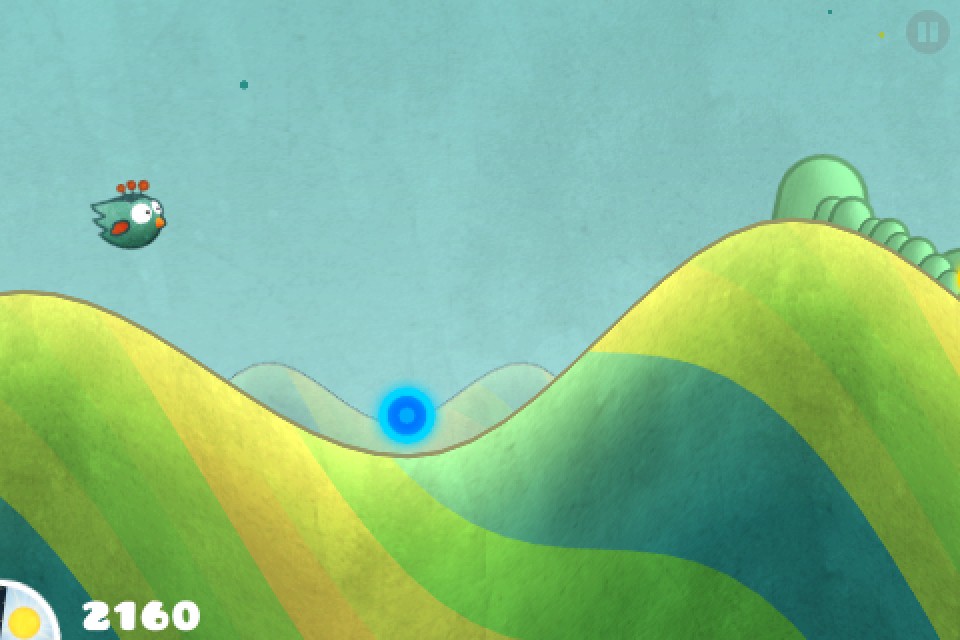 Speed coins appear sporadically throughout the island and are easily visible due to their distinctive blue colour. While in most cases they're useful, as they allow you to increase speed and therefore distance, they can also cause you to lose your rhythm, resulting in a broken chain of slides. 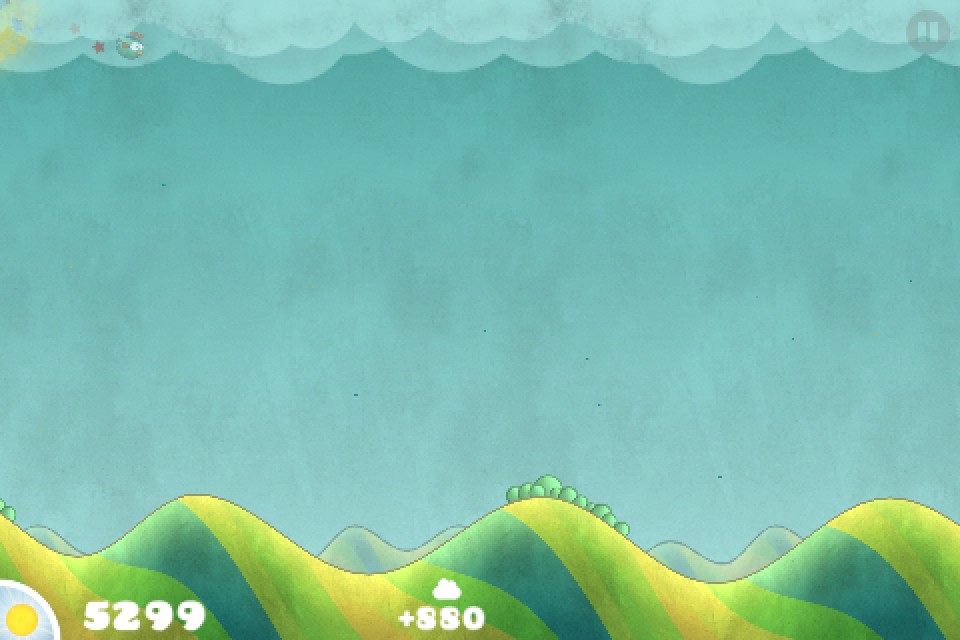 Another way of increasing your score is through cloud touches. Should you reach such a height that you touch the sky, you will receive points dependent on your multiplier.

Cloud touches are more easily achieved if you slide on steeper hills, which will project you higher into the air. Again, a notification should appear when you perform a successful Cloud touch. 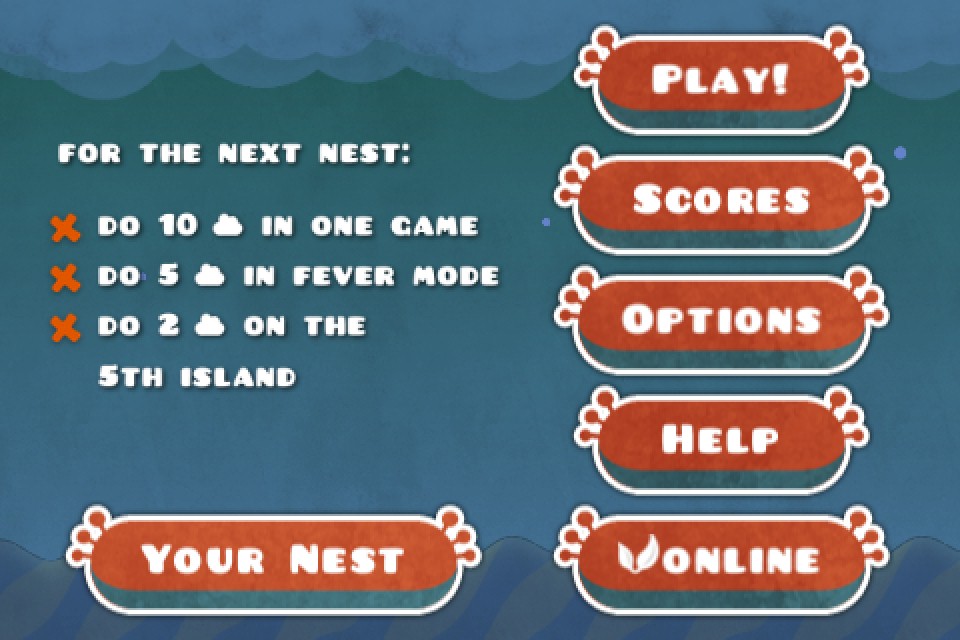 Improving your nest increases your multiplier, which can dramatically improve your score. This is achieved by completing a number of objectives.

You may have to employ different strategies for certain tasks. One task requires you to achieve a certain number of perfect slides on one island, which means that you must shorten the duration of your jumps.

Another requires you to reach a certain island without collecting a speed coin. The challenge is not in having the speed coins removed from your armoury, but avoiding them altogether - not as easy a task as it sounds. Once again it's all about control - to avoid coins you need to spend as little time on the ground as possible, so you'll need to control your descents and take-offs pixel-perfectly.