Taking time out from his busy schedule at the SXSW festival in Texas, Rovio's ‘Bird Whisperer’ Ville Heijari showed off the latest build of Angry Birds Rio to RCRWirelessNews.

Heijari makes the startling revelation that the game will involve birds that are angry, as well as demonstrating a number of new gameplay elements.

The latest instalment in the Angry Birds franchise is based on the upcoming 20th Century Fox movie Rio, and the plot draws inspiration from the film.

Instead of recovering eggs from pigs, this time the focus is on rescuing birds from animal smugglers. “No eggs, no pigs, just pure anger,” Heijari says. Boss battles are a new feature to the franchise, with the birds taking on villains from the Rio movie.

Heijari also reveals that two episodes and 60 levels will be available at the start, and promises that more episodes will be released throughout 2011. Angry Birds Rio is due to be released on iOS and Android devices this month. 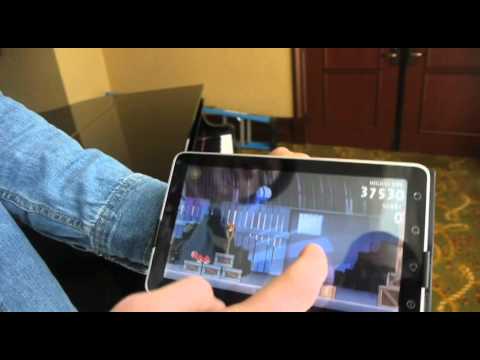