How to kill pigs all year round: The Angry Birds Seasons Guide

Well you’re in luck, because Rovio Mobile has bundled the iconic images of these numerous yearly hols into a bonus batch of Angry Birds levels.

But, like the main Angry Birds event, these seasonal spin-offs are tricky physics puzzlers with tough scoring systems, plenty of hidden goodies, and a handful of tough new stages.

Thankfully, Pocket Gamer is here to help. In these guides to Angry Birds Seasons we’ll walk you through each holiday with top tips, video strategies for clearing every level, and the locations of those devious golden eggs.

As Angry Birds Seasons is basically a set of bonus level packs with spooky, snowy, lovey-dovey and stereotypically Irish themes, these basic Angry Birds pointers - borrowed from our main ‘Birds guide - are as relevant as ever.

High score
Simply killing all the birds will unlock the next level, but if you want to get the maximum three stars on each stage, you'll need to aim for some high scores.

The key to getting a high score in Angry Birds Seasons is a mixture of deadly efficiency (unused birds net you an automatic 10,000 points each) and unrelenting damage (smashed objects give off small but quickly accumulated points).

You'll often need to use both strategies at once, though: simply using a very small number of birds might not get all three stars if you didn't cause much damage.

Get physical
Angry Birds Seasons contains a deceptively sophisticated physics engine, which allows its structures to topple and fold realistically. That means that offsetting balance and attacking weak points is always a more effective strategy than blindly firing at the main reinforced walls.

And some materials are sturdier than others. It's no use fruitlessly bashing away at a stone wall (especially because it takes about three direct hits to finally smash one) when you could focus on the easily destructible wooden platform that's holding it up.

Assorted tips
Pinch and zoom to see the entire battlefield on one screen, so you can quickly see how far away your catapult is from the pig's base.

You don't always have to attack from left to right: if you aim the bird high enough you can attack from above. Perfect for levels with fortified walls, but exposed roofs.

Plain old projectile birds. Won't do anything when tapped, and isn't very tough either.

Scattershot birds dissipate into three small projectiles when the screen is tapped.

Kamikaze birds rocket at super speeds when the screen is tapped.

Despite their greatly increased velocity, they still won't do much damage on materials like stone and glass. They rip through wood like it's wet paper, though, allowing you to quickly attack enemies buried deep within a structure.

Egg dropping, maternal birds. Tap the screen to launch an explosive egg from your backside before firing your now deflated friend into the stratosphere. Get as low to the target as possible for maximum splash damage.

Don't forget: these enemies can still be used as classic red-styled birds if you don't tap. Useful if you just need a boring old projectile.

At the time of writing, the Big Brother bird is the game’s final poultry-type, offering up enormous power. This pot bellied evolution of the classic red starter rips through wood and glass like butter, and can take out concrete without too much bother as well.

He has the destructive power of the black bomb bird, just without the explosive finale. His giant size makes it tough to squeeze into tight corners, but he can wipe out entire structures just by wiping out the bottom foundations. 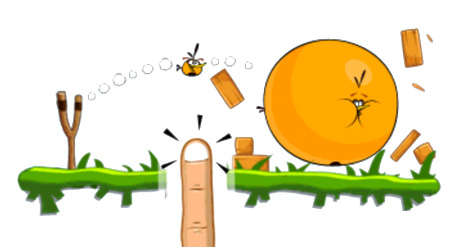 This new bird was actually introduced in Angry Birds Seasons, and made his debut in the Ham'o'ween theme. He looks like a scrawny little chap when he's sat in the catapult, but one tap of the screen unleashes his true power.

This girly birdy was introduced in Angry Birds Seasons, alongside the Back to School theme. She's a bubble-blowing chick who can seriously disrupt the pigs's fortresses.

When fired, you can tap the screen to make her blow a number of bubbles. Anything caught in these bubbles - including pigs and any level-building material - will momentarily float into the air, before crashing back down to earth.

You can use this technique to drop bits of masonry on a pig's head. You can also use it to lift up the corner of a structure, but blocks that are buried under too much rubble will refuse to budge. 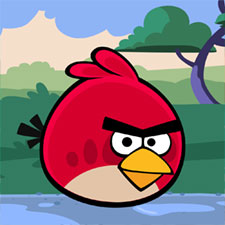 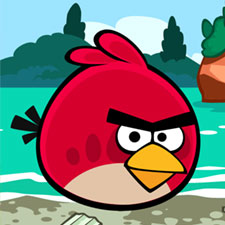 Cherry Blossom - Year of the Dragon


Want more? Check out our 30 other Angry Birds Seasons tips, guides and walkthroughs!

Big Fish builds out its iPad releases with A Witch's Curse: Princess Isabella