Hello and welcome to the latest edition of the Pocket Picks roundup!

We’ve got news for everyone this week, from Nokia fans right the way through to Windows Phone Acolytes, as a bevy of new software and hardware announcements and launches has landed in our inbox.

I’m not sure if it’s the same for commuters in other major capitals around the world, but among the most annoying things about the buses in London are the kids that sit at the back, desperately trying to look cool by playing hip-hop through tinny phone speakers.

Now, thanks to Nokia (thanks, Nokia), that’s going to become even more annoying, courtesy of the X1-00 - a handset that has a pair of fairly decent speakers attached. Or, more specifically, its entire back is a speaker. Talk about overkill.

The speakerphone (ho ho) is due out in April for an as yet undisclosed price.

Apple has, as promised, released iOS 4.3 for both iPhone and iPad this week, which comes with a few new neat features in tow.

The most-talked about is the option to use the iPhone as a mobile hotspot for up to five devices, meaning you'll no longer have to rely on dodgy wireless connections should you be using a laptop for surfing the web (or writing a liveblog at an Apple event).

Alas, this feature comes at a price, quite literally in some cases - O2 is charging £7.50 for the privilege. 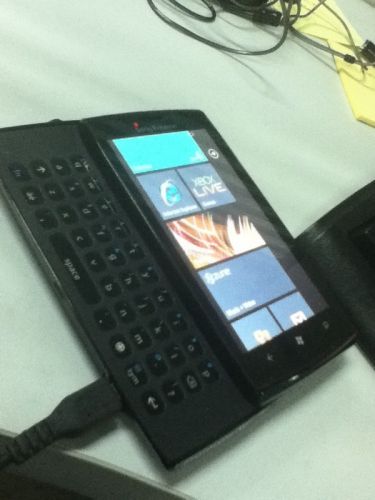 It’s no secret Sony Ericsson has been toying with the idea of a Windows Phone 7 handset for some time now. There were rumours as far back as last July.

New images have surfaced that seem to suggest the Japanese-Swedish partnership did at least reach the prototype stage with the phone.

No word on if it’ll ever see a release, but we’ll keep you posted.

Samsung to take on RIM with the Galaxy Pro 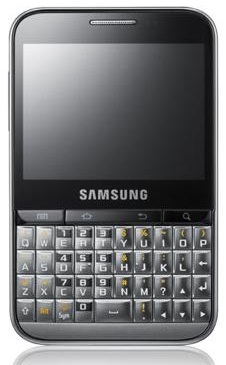 Samsung has rapidly built up its Galaxy brand of smartphones to represent the cutting edge of Android, the flag-bearer for new tech, and the only serious choice when it comes to 3D gaming on Google’s open-source platform.

Dismiss all those thoughts from your mind, though, as the Galaxy Pro is firmly rooted in the ‘emails and suits’ territory of the mobile market, with its BlackBerry style form, 800Mhz CPU, and tiny 2.8-inch screen.

If those specs have got your suit wrinkled with excitement, then you’ll be glad to know that the Galaxy Pro should be arriving on UK shores "soon", according to Three. 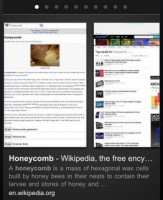 Google continues to improve its mobile services this week with another update to how its popular search engine works.

Now mobile users on both Android and iOS can access Instant Previews of webpages found in a search by tapping the magnifying glass to the side of each hit.

This should make it easier to identify decent looking hits without having to wait for the browser to potter about loading up the page, as well as ensure you don’t accidentally end up on a site that looks like it was designed in the mid-'90s.