Following the wave of Angry Birds plush toys and t-shirts, Lima Sky has decided to get in on act by putting out some merchandise featuring Doodler - better known as the protagonist of Doodle Jump.

In-keeping with the theme of 'doodling', it's released a new line of stationery.

You can currently get your hands on three bits of 'merch'. There are sticky notes, which contain 'charming' scenes and characters from the game. 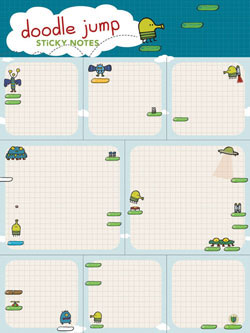 Then there's the Doodle Jump journal - which includes jumping, shooting, and flying scenes from the game. 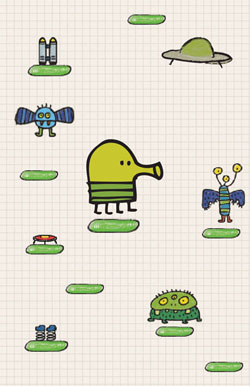 And finally there's a Doodle Jump Mix & Match Stationery set, which comes packed with envelopes and stickers emblazoned with monsters and items from Doodler's universe. 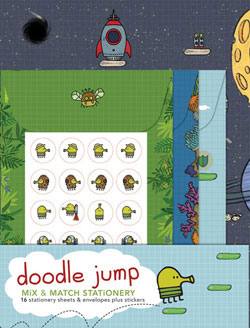 All of the above are available from a variety of vendors including Chronicle Books and Amazon, for around $10 plus P&P. 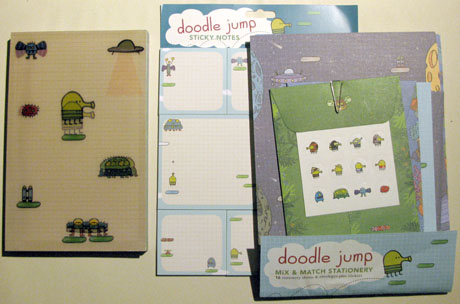 Want more? Check out our 21 other Doodle Jump news stories!

After a long wait, Doodle Jump finally hops onto iPad