Roll up, roll up. Come and see our range of lovely free iPhone games.

We’ve got sporty ones, Roly-poly ones, tank-shaped ones and wordy ones – all brilliant fun and all available for precisely nothing. Zilch. Nada.

This week’s selection really is a strong one. Combined with all the Valentine’s Day sales that are around, a good deal of fun can be had for very little money indeed.

Steer clear of the Crap App though, won’t you? It might make you lose that loving feeling come 14th February.

Underneath Chop Chop Tennis’s splendid, cartoony exterior lies a tennis game of surprising depth. While you don’t move your little player, you do have to pick the right shot, and then execute it to perfection, if you want to succeed.

All the shots are here, from cute drop shots to whipped top-spin cross-court belters, and the more ambitious ones require perfect timing to execute.

This touch-driven stab at the sport is made even better by its local multiplayer mode. Get a friend to download it for an inordinate amount of free fun. 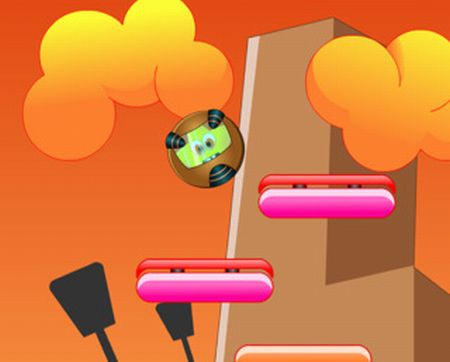 Yes, it’s another of those Doodle Jump-esque perpetual climbing games – except in reverse. Even then, we’ve seen plenty of perpetual droppers in our time.

Still, Elevator Drop is a nicely executed example. You have to roll your ball off a series of rising platforms, keeping it away from the spiky ceiling while taking care not to drop into the lava below.

It’s not original, but it’s well presented, the controls are tight, and you’ll find yourself going back for more time and time again.

This gloriously messy game has you leading several tanks into open war against your rivals. If that sounds a bit serious and heavy going, you couldn’t be farther from the truth.

This is war as painted by a 12-year-old school boy – scrawled in biro on a maths text book, with huge splats of red and blue ink signifying where battle has been joined.

Beneath the splendid art style there’s a kind of top-down Worms-lite vibe going on, as you take it in turns to move your forces. It’s splendid fun, and an absolute must-have for free.

Imangi is an intriguing word puzzler than plays like a cross between a Rubik’s Cube and a game of Scrabble. You must form as many words as possible from a grid of jumbled up letters by sliding the columns and rows around.

It’s devilishly difficult, as any changes you make will likely have a knock-on effect on earlier words. Often, you have to settle for missing out on a really good word in order to preserve the two or three lesser words you’ve already set up.

Not many word games require such puzzling skills, which makes Imangi – despite its age – feel remarkably fresh. 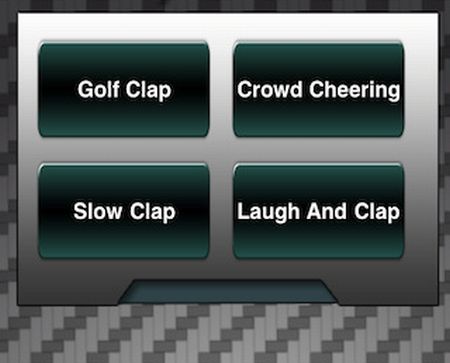 Here’s the thing. Novelty apps are all well and good, but it helps when they at least try and provide something that’s not readily available to you without the help of your phone.

You have the tools with which to clap at your disposal at all times. Y’know, those two things on the end of your arms? Slap them together in different ways, and there you have it - clapping.

iClapForYou seems to think you need an app to replicate the various types of clap you can get. Well, four of them, anyway. Comprehensive it ain’t.

The sounds themselves are poorly recorded and can’t be interrupted, only mushed together to form an awful cacophony of clicks and whistles. The developer even seems to have given up on the whole clapping concept early in the project, providing a wide range of unrelated sounds for your “amusement.”

Give this crap app a slow clap on its way out.