The game plays like classic shooters such as Luxor and Zuma.

You rotate a turret in the centre of the screen which fires coloured orbs. As a spiralling processions of other orbs inch their way around the playing field, you have to use your turret to form groups of three or more, which then disapear. If the slowly progressing trail of orbs reaches your turret, it's game over.

Buffing up the graphics for Nokia's latest devices, the game uses hardware acceleration to deliver the sort of glittery special effects one might expect from a title called Sparkle.

Check out the video trailer below to see if the hardware acceleration has paid off.

Sparkle is available now from the Ovi Store, priced €3. 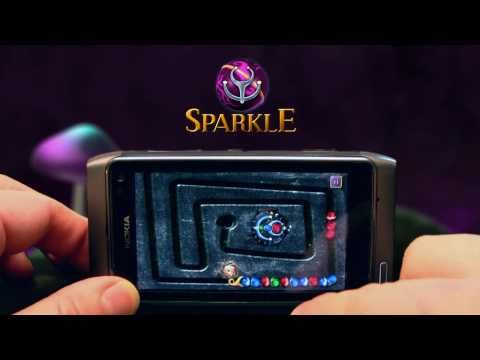 Whoosh down the slopes in Metro Ski Challenge 2011

Trailer for the Android action-puzzler