The year of the upwardly mobile

What a year it’s been for mobile handsets. In fact, I’d go as far as to say it’s been the strongest year yet – and not just for the predictable improvements in mobile technology.

This year has not only seen Apple raising its game, but it’s also seen a deluge of Android devices – starting with the Nexus One in January – that genuinely took the fight to Jobs’s lot.

Then, towards the end of the year, we saw the emergence of a new contender on the mobile platform scene. Fresh from the deep pockets of Microsoft, Windows Phone 7 looks to be the real deal in terms of its OS, its hardware, and (most importantly) its games offering.

Here's our rundown of some of the best phones of the year.

Note that we’ve tried to give a good general overview of the year’s highlights. So, for example, while we think that the Windows Phone 7-powered LG E900 (aka the Optimus 7) is a fine handset, its inherent similarity to other WP7 phones has led to its omission in favour of -ahem - inferior examples (you know which one we mean).

The same goes for the huge number of ostensibly similar Android phones on the market. 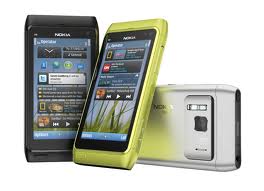 Nokia’s bloody mindedness is as admirable as it is exasperating. With the N8, the company continues to stick to its policies of bullet-proof handset design, solid reception, adequate chipsets, and the Symbian OS.

While Nokia’s tendency to go against the grain leaves the N8 deficient in several areas when stacked up against its smartphone competitors, it at least marks the device out as different while so many are desperate to copy Apple. For the first time in a while (following the nadir that was the N97) Nokia has on its hands a viable alternative to all but the best Android and Apple handsets.

The N8 is a distinctively solid device that feels like it could withstand a nuclear winter, with its sturdy aluminium unibody shell. The 3.5-inch screen is clear and responsive, and the monstrous 12-megapixel camera is one of the best mobile snappers around.

Gaming performance is reasonable rather than outstanding, but the Ovi Store features an intriguing mix of advanced 'HD' titles and humbler Java games.

In fact, the only thing to let the N8 down is the ugly Symbian^3 OS - and even that is markedly improved over previous versions.

It’s not fashionable to like the N8, but guess what? It’s a good phone. 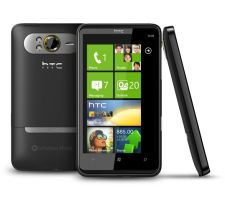 We’re big fans of each and every Windows Phone 7 device on the market. Seriously, if you’re thinking of getting one, you really can’t go wrong.

That’s because of Microsoft’s tightly regulated hardware requirements, which seem like the perfect compromise between Android’s laissez faire approach and Apple’s hardware dictatorship.

This means that each WP7 device is much of a muchness when it comes to general performance – they all feature the same first-generation 1GHz Snapdragon processor (which seems to work far more effectively here than on Android) so it’s down to each device’s little variations in form rather than function to help us make a preferential decision.

With that in mind, the HTC HD7 comes out on top. Its massive 4.3-inch screen and solid build quality, not to mention the thoughtful addition of a kickstand, make it the best Windows Phone 7 device for showing of Microsoft’s stunning OS.

As mentioned, the device handles the roster of Windows Phone 7 games with admirable aplomb. The likes of The Harvest and Rocket Riot look astonishingly good, running smoothly in spite of all the 3D graphics and lighting effects being thrown around.

It’s a promising start for Microsoft’s reincarnated mobile OS as it strives to catch up with Apple and Google, and the HTC HD7 is leading the charge. 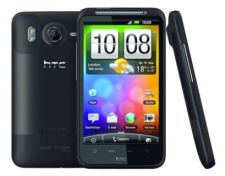 2010 saw a bit of a technological arms race when it game to mobile screen sizes. While Dell took things a little too far with its five-inch Streak, it’s arguable that HTC hit upon the sweet spot with its gorgeous 4.3-inch Desire HD.

As Damien McFerran noted in his rave-review, once you’ve laid your eyes on the Desire HD’s mammoth screen, “you begin to wonder how you ever survived with anything smaller.” If you’re someone who watches a lot of videos on their phone, but demand portability above all other considerations, this is your only choice.

It’s not just about the stunning picture, though. The humongous screen is housed in a classy metal unibody chassis that makes the whole thing feel every inch the premium product. No creaks here, we assure you.

Most important of all for us, the Desire HD sees HTC putting its technical deficiencies – which made complex games virtually unplayable on the likes of the Desire and Nexus One - behind it.

Gone is the iffy multi-touch implementation. Gone is the puny first-generation Snapdragon processor with its Adreno 200 GPU, replaced by a significantly more pokey second generation number with an Adreno 205 GPU. This brings the Desire HD up to within spitting distance of the Samsung Galaxy S.

The HTC Desire HD might be a bit too much phone for your average user, and the battery life is dreadful, but that screen and HTC’s solid design makes it our second favourite Android device of 2010. 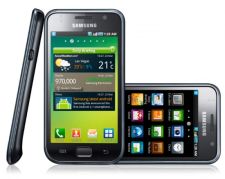 What’s in a chipset? To the untrained eye (ourselves included) the Samsung Galaxy S looked like yet another slinky 1GHz Android handset to add to the roster of Nexus One wannabes.

Of course, it turned out that Samsung’s slender handset was operating on a whole other level when it came to crunching through demanding games. Indeed, its ARM Cortex A8 based CPU core with a PowerVR SGX 540 GPU is similar to – and in certain ways superior to – the mighty iPhone 4’s.

It even went on to form the basis of the Nexus One’s successor, the Nexus S (which misses out on our list due to its late arrival).

Fortunately, its beauty is not just on the inside. The powerful processor drives one of the finest screens of the year – a four-inch Super AMOLED number with astonishing colour depth.

It’s all wrapped up in a shell that, while a little plasticky, manages to remain both slim and light.

Without a doubt, the Galaxy S was the biggest thorn in Apple’s side in 2010.

Was there any doubt what the winner would be? Even a huge (and hugely overblown) scandal surrounding the iPhone 4’s reception problems can’t detract from the simple fact that this is the best handset available for pocket gamers.

Android has undoubtedly made up considerable ground in 2010, but Apple’s unparalleled array of killer gaming apps ensures that it retains its place at the top of the gaming handset tree – and by some margin.

Of course, it’s not just the games. iPhone 4 also happens to be the most powerful and gorgeously designed iPhone yet. Its sharp, angular glass and metal styling threw plenty of imitators off as they continued to emulate the curvy black plastic looks of the previous models (*cough*GalaxyS*cough*).

Then there’s the Retina display that won so many hearts with its pin-sharp resolution. With more and more games being modified to support it, the capable 3GS is looking increasingly overpriced and irrelevant to discerning buyers.

We haven’t even discussed the impressive camera and significant iOS improvements, but we don’t have to. iPhone 4 already represents the biggest step forward for Apple’s mobile platform since it was first released.

Greyhound Manager 2 is straight outta the traps onto iPad

Angry Birds Week: Your essential guide to everything Angry Birds