We wish you a merry stylus, and a happy dual screen

It’s come to Pocket Gamer’s attention that quite a few of you are looking forward to a certain day of overeating, excessive drinking, bad television, and the giving and receiving of gifts. We’re perceptive like that.

It’s also come to our attention that quite a few of you will have left your gift-buying to the last minute. We’d like to make the case for the Nintendo DS.

What’s that? 'Everyone has a DS,' you say? It certainly seems that way, but you can be sure that the recent raft of family-friendly/vomit-inducing Nintendo ads has driven a few more would-be Ninty fans out of the woodwork.

Here’s our guide to the system, along with some choice accessories and games. 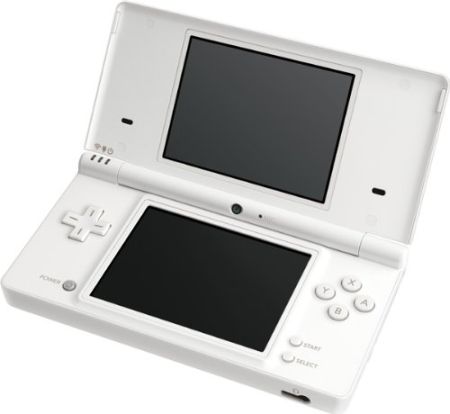 While we’ve called this the DS guide, it's not easy to find the signature device new any more. Both the DS and the DS Lite have gone the way of the dodo, leaving the much-modified DSi to fight the good fight.

While the DSi has lost the DS’s GBA slot, which allowed you to play some wonderful old games from the previous handheld generation, it gains a number of new features. For one thing, you can play DSiWare games, which are download-only titles similar in concept to iPhone games (though dearer at around £5 a pop).

In addition, the DSi features two low-res (0.3-megapixel) cameras for taking light-hearted snaps, which can then be manipulated in various amusing ways through a piece of pre-installed software.

Finally, the DSi can be used as a media player of sorts thanks to its SD card slot. 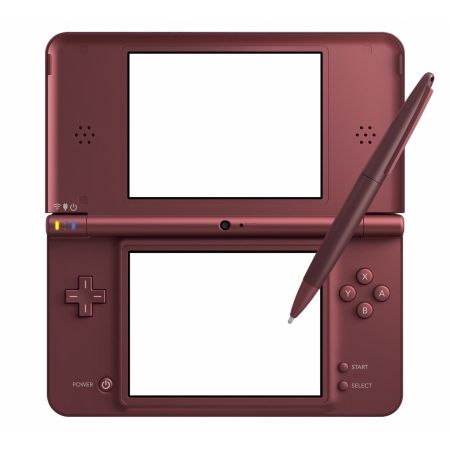 The DSi’s tubby younger brother is the newest addition to the DS family – and quite possibly the last, with the next-generation 3DS set to hit shelves over the next couple of months.

The DSi XL offers no technical advantages over the standard DSi, other than a larger, sharper screen with an improved viewing angle. Rather, it’s meant as an alternative device for those who usually find handhelds a little cramped and fiddly.

If you’re buying a DS for an active gamer who uses his handheld while out and about, we’d recommend you stick with the DSi. If it’s for an older user, one with poor eyesight or a closet gamer who wouldn’t be seen dead out and about with a console, you should consider the DSi XL.

The biggest factor in your decision could well be price, though, as the DSi XL retails for significantly more than the DSi - it’s going for £139.99 at Amazon, at the time of writing.

If the person you’re buying it for isn’t averse to having their DSi XL in Dark Brown or Wine Red, you can pick one up for £128.95 at ShopTo.net. The same website also does a nice bundle that includes a rather more attractive red unit plus the excellent New Super Mario Bros for £149.85.

Regardless of which DS you choose, there are some key accessories you’ll want to bundle into your bumper gift. No DSi should be without the following.

As already mentioned, the main thing that differentiates the DSi range from vanilla DS devices is access to the DSi Shop, where you can download DSiWare games and software.

You can’t purchase such titles with cold hard cash – not directly, at least. You need Nintendo Points, which can be bought in quantities of 1000, 2000, or 3000.

Regardless of how many points you want to purchase (games cost from 200 to 1000 points), we’d recommend heading to Amazon and opting for the 1000 point cards at £9.19 each. For some reason, purchasing three of those works out cheaper than opting for a single 3000 point card.

If the receiver of your gift intends on using his DSi for more than mere gaming, you might want to consider bundling in an SD card. Through this, he’ll be able to listen to his favourite music in between bouts of Mario.

Both DSi units can handle SD cards up to 32GB in capacity, which would be enough to contain your average digital record collection with bags of room to spare. Still, the size you opt for will doubtless be informed by your budget as much as the recipient’s needs.

You can pick up a bog standard 1GB card for less than a fiver, or you can max out your DSi’s music-holding potential by going for a 32GB SDHC card for a little under £40. Naturally, there are plenty of options in between.

Do the recipient – and everyone else living in the same house or taking the same train – a favour and treat him to a decent set of earbuds. It’ll make the gaming experience far more immersive than the DSi’s inescapably tinny speakers can hope to manage, and it’ll be nigh-on essential if the device is to be used as a portable media player.

If you do decide to go for some aural aids, avoid the sort of cheap plasticky ones that just sit loose in your ears and bleed out sound. Go for the squishy ones that actually mould to your ear – they’re far better in pretty much every way.

Sennheiser has produced excellent and reasonably priced buds for years now. You can pick up a pair of CX 500s – which include a volume controller and multiple ear adapters for all shapes of lug-hole – for around £15 on Amazon.

It’s arguable that no handheld has ever had a software lineup as strong or as deep as the DS.

Sure, there’s plenty of filler, and the spread of classics has thinned out noticeably in the platform’s twilight years. But that can’t detract from the absolutely stonking library of games amassed over the past six years. Picking just four was by far the hardest part of this piece.

Anyone who says that the DS is about pony-groomers and mini-game collections needs to be pointed in the direction of DQ IX. It’s an epic, feature-rich RPG that puts most console games to shame with its depth and production values. Rated 12+, £24.88 at Amazon.

Professor Layton and the Lost Future

The Professor Layton games combine the best elements of brain trainers and puzzle games with a stunning art style and exquisite storytelling. This latest episode is the best of the lot, with a time-warping plot and plenty of brain-warping new puzzles. Rated 7+, £25 at Amazon.

The DS is home to countless quirky Japanese gems that simply can’t be found elsewhere. Rhythm Paradise is just such a game. From the twisted geniuses behind the Wario Ware series, the game presents you with a series of maddeningly addictive rhythm-matching mini-games. Rated 3+, £11.95 at Zavvi.

This enthralling hybrid of platformer, adventure, and RPG game styles marks a high point for the Mario & Luigi series, which tends to ask a lot more of the famous duo than simply running and jumping. Throw in a chortlesome script and gorgeous presentation, and you have one of the finest games on DSi. Rated 3+, £24.85 from ShopTo.