There’s nothing like a “Free” price tag to make you re-evaluate a game’s worth.

Among this week’s bargains we have a game that received a frosty welcome when we reviewed it initially, but which we have no hesitation recommending as one of our free games of the week.

While we’re making surprising recommendations, another of our picks belongs in the freemium social game category – a genre that seldom attracts anything but cynicism and yawns from the PG team. This one could be worth a look, though.

Have fun, and see y’all next week.

Despite our less than glowing review a couple of months ago, Chop Chop Soccer has enough going for it to recommend a download now that you can get it free of charge. It looks great, for a start, with chunky and 3D graphics brimming with character.

It plays an intriguing brand of 3-on-3 arcade footy, too. Everything is controlled with a single finger which, at the very least, is a valid alternative to the divisive virtual controls of FIFA and co.

It’s a bit of a Marmite game, then, but it’s well worth a punt at this price. 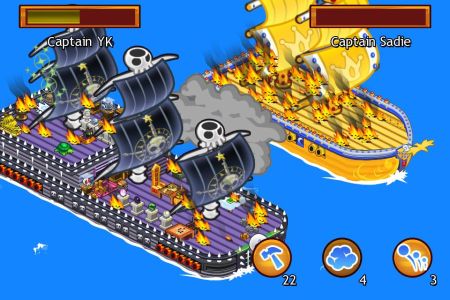 Lil’ Pirates is a bit special in that it’s a freemium social game that actually managed to hold my attention for longer than ten seconds.

That can be attributed to its likeable cute pirate theme (and accompanying graphics) and a decent spread of reasonably interesting things to do. These include sending your crew on quests, kitting them out with new gear (which actually has a purpose) and playing simple mini-games.

You’ll need to be committed to the Facebook cause to get the most from the game, but even non-believers like me can attract friends to the game through good old-fashioned email. It’s impossible to tell if it’ll hold your interest beyond an hour or so, but the fact that it’s so likable from the outset gives it every chance.

You can also read our hands on here.

If you’ve ever played Knights Onrush and fancy some more of the same castle-defence action, StickWars provides just that. It’s not as attractive or, admittedly, fun, but it’s still a knockabout treat.

It’s simple – a bunch of angry stick-men run at your medieval defences, demanding that you flick them into the air with your finger. There’s extra splatty fun to be had if they collide in mid-air or land on their colleagues.

Extra defences can also be bought and deployed as the levels get tougher. All in all, StickWars is a bundle of simple, dumb fun.

This entertaining follow-up to one of our former picks of the week takes the physics-based mayhem of the original and expands on it considerably. New weapons and bonuses allow you to inflict ever-more-excruciating pain (or should that be damage?) on the titular dummy.

You start each level by swiping across Max, who then responds realistically to the blow. As he tumbles through glass plates, flames and explosives you accumulate points. You can now tilt your device to guide him towards yet more damage.

It really is quite compelling, despite some surprisingly tough stipulations for success (though you can skip any tricky levels). A worthy sequel, and another worthy pick of the week for the series. 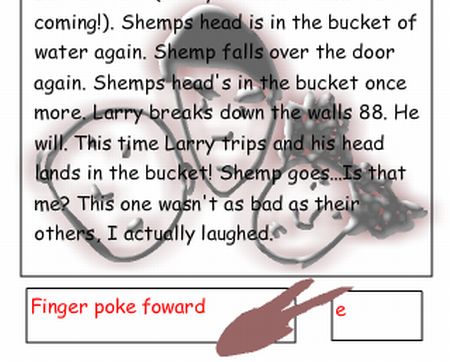 This app almost won a reprieve thanks to the developer’s self-deprecating, humorously hopeless disclaimer in the description (sample quote: "I did this "entertainment" app just to do it, so don't expect much").

But then I realised – if he thought it was that crap, why on earth did he release it? He’s right, though. This is a thoroughly useless app, the purpose of which completely escapes me.

Mr Walter has “reviewed” 20 films starring The Three Stooges – about whom he admits “I am not really a fan.” What kind of crank writes a specialist review app on a subject he is, at best, indifferent about?

This kind of crank, evidently. The nail in the app’s ineptly constructed coffin is the developer’s claim that he made it useless “unpurpose.” You couldn’t make it up.

The Rumour Mine: Cut the Rope holiday edition, new Micro Machines, and shooter Homefront on iPhone in 2011