When, in the distant past, I went to upgrade my phone from the awesome Nokia 9210 Communicator, the shop assistant asked me a simple question – "Do you want a phone that’s great at taking pictures, or great at playing media?"

Of course, every phone on offer that day in the price range the 9210 commanded (which was top of the range) could perform the two functions, but none were the best at both.

Now, however, the question of how to decide between phones has altered considerably.

It’s no longer in the camera or the size of the headphone jack that determines the choice. Instead, it’s in the apps, user interface, and design where the decision is made.

So while the Nokia N8 represents a definite step forward by the world’s largest smartphone maker, it ends up answering many questions that the buyer isn't asking.

You can’t knock Nokia’s build quality, mind. Well, you can, but it’s just going to shrug it off as if nothing happened.

While the N8 doesn’t feel as unbreakable as the Finnish company’s dumbphones, there’s still a certain heft about the device that more streamlined handsets such as the HTC Legend lack. 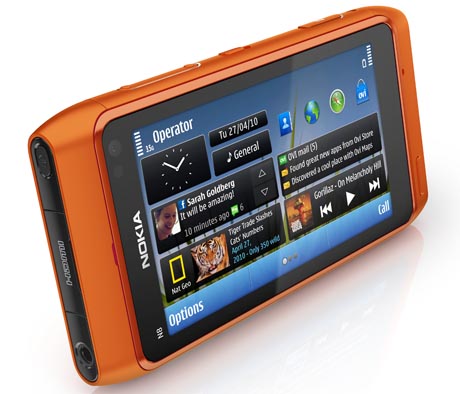 The aesthetics lack the grace of the aforementioned device though due to the N8's strange beveled edges. While they're not sharp enough to cause harm to the palm when making calls, the bottom corners do dig in surprisingly hard after a prolonged conversation.

The plastic flaps used to keep the SIM, memory card, and hide the HDMI port also feel a little flimsy. None came off during my testing period, but I’m not sure for how long the latter would stay covered when in constant use.

Yet, one of the big draws of the new N8 isn't the design of the housing, but the re-design of the software. Symbian ^3 is the first Symbian OS to be fully open-source and has "over 250 improvements" - apparently - compared the previous version of the veteran mobile OS.

That’s all well and good, and there was certainly plenty of room for improvement, but for the consumer these changes mainly boil down to three new customisable homepages that allows for widgets and apps to be placed on a grid system.

It's a far easier alternative to the old system of ploughing through countless opaque sub-menus.

Still, the heritage of earlier versions lurk beneath. Indeed the limit on three homepages is likely to lead you to the heart of the OS – that familiar looking tile screen - and a lot quicker if you’re a gamer as the number of apps you're placing on those grids will soon mount up. 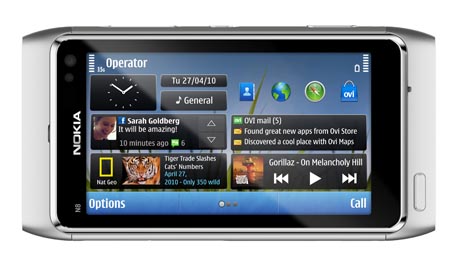 Sure it's a nice facade, but many of those old Symbian quirks still exist behind, and there are some new ones too.

For instance, it took me ten minutes of searching to realise that the N8 prevents you from accessing a QWERTY keyboard in portrait mode. For a modern flagship smartphone, that’s a terrible piece of design. These little niggles (the spellchecker is rubbish, you can’t clear a read notification from the bar to name two more) add up in the long run.

If you’ve only known Symbian, these issues won’t seem like a big deal, but other OS users will feel it’s a step back from what they’re used to.

The second trump card the N8 offers, and indeed the main killer feature it has over all its similarly-priced competitors, is in the quality of its camera.

It's a full 12mp Carl Zeiss lens with autofocus, Xenon flash, and countless photo editing options including the ability to change ISO, white balance, and a mass of preset scene settings.

If I was being brutally honest, the camera wasn’t as mind-blowingly good as I’d hoped on default settings, but I suspect a better photographer than I will get more out of the device. And a few minutes of fiddling with settings started to see some improvement in the quality of my shots.

Gaming-wise, the N8 looks underequipped, the 680 MHz CPU not competing in today’s world of 1GHz Snapdragons, A4s, and Hummingbirds. However this lack of horsepower wasn’t apparent on the range of games I tested the device on.

Admittedly, every game tested was either an iPhone 3GS title at launch – Angry Birds, The Sims 3, Avatar – or originally a Java release. It’ll be interesting to see whether the machine could handle something more modern, but the selection on the Ovi Store is relatively limited right now. 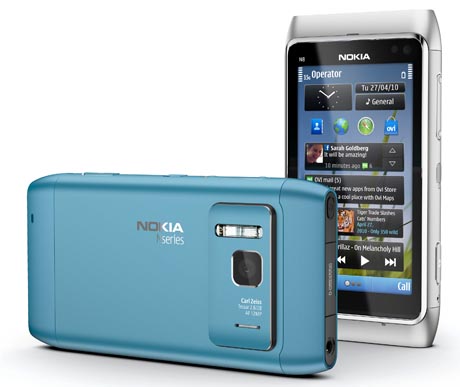 Aside from the sparse selection, the only other current downer for the N8 gamer is that the Ovi Store is far more expensive than the App Store or Android Market, meaning games were upwards of four times the price.

Having said that, the newly redesigned Ovi interface and the ability to charge purchases directly via your operator phone bill makes the Android Market look like it was created in the previous decade.

But to get back to my original conversation with that sales assistant: if I were choosing a smartphone today, the question I would be asked is not what I wanted my phone to do well, but how I want my phone to work.

And sadly the N8 isn’t any of these. It doesn’t have the simplicity of iOS, the customisation of Android, or the live updating of Windows Phone 7. The hardware lacks the grunt of a Hummingbird, or the sleek design of an iPhone or Legend, and while the app selection is high quality it lacks choice and is expensive.

The N8 is certainly usable, and has that solid feel Nokias always pack. Yet it’s hard to escape the feeling that with its great camera and media functions - the HDMI TV out is technically amazing, although how much use in practice? - it’s trying to answer questions that were posed to mobile users eight years ago, rather than the ones today's consumers are actually asking.