The most obvious evidence of this is the physical design, which is striking. The iPhone 4 comprises a round-cornered rectangle of reinforced oleophobic (i.e., lacking in affinity for oils) glass on the back and front and a stainless steel band around the edge.

In Steve Jobs's words, it resembles a 'beautiful old Leica camera', by which he means it has a distinctive black and silver look and clean lines. If you have a Panasonic Lumix camera, it looks like a simpler, flatter, glassier version of that. 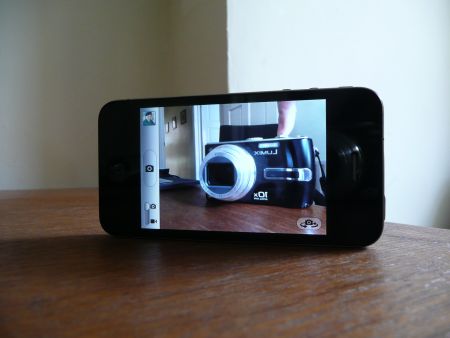 The Panasonic Lumix, framed by the iPhone 4

The iPhone 4 is thinner than the iPhone 3GS at 9.3mm as opposed to 12.33mm, but at 137 grams it weighs two grams more. The effect is that it feels denser and sturdier in the hand, and while it's not as ergonomically pleasing as previous iPhones there's not enough in it to matter.

In place of the old rocker volume controls are two discrete metal buttons on the left side of the handset. Above them is a 'silent mode' switch, which makes your phone go quiet unless you've set an alarm. On top there's a 3.5mm headphone jack and a 'lock' button, and at either side of the 30-pin connector at the bottom of the handset there's a speaker and a microphone.

iPhone 4 also has one more camera than its predecessor, with a lens embedded in the front as well as the back. On the face of the phone this sits just next to the ear speaker, and on the back it's tucked into the left corner, just next to the LED flash. More on the cameras later.

Finally, while we're still looking at the outside, there's the vaunted LED-backlit IPS Retina display. The iPhone 4's screen displays at a whopping 960x640 pixels, or 326 pixels per inch, with an impressive 800:1 contrast ratio. It's not AMOLED, the display technology favoured by rivals like Samsung and HTC, but it looks pretty stunning all the same, with sharp edges and bright colours.

Not only that, but everything stays bright and sharp however much you tilt the screen. If you're not sure what this means, look at your phone and then tilt it away. See how the screen goes all misty? The iPhone 4's screen doesn't do that.

Although design is a matter of taste, and some may complain that the 3GS has a more pleasing form factor than the more austere iPhone 4, in our view the redesign is a success. Apple has pulled off the impressive trick of making the comfortable curves of the 3GS look dated almost overnight. It's not quite what the DS Lite was to the DS Phat, but it's not too far from it.

That concludes the tour of iPhone 4's exterior aspects.

To the engine room

Apple hasn't officially revealed how much RAM the iPhone 4 has, but the consensus is 512MB, which is twice as much as the iPhone 3GS and iPad. The CPU is an ARM Cortex A8, clocked at 1GHz or possibly a bit under. In terms of sheer grunt, that puts it ahead of the 3GS and alongside most of its smartphone rivals, which is all that really matters if you're thinking of buying one or upgrading. It's fast.

The phone comes in 16GB and 32GB models, which is ample but not generous. While most iPhone owners are unlikely to run out of space, avid high definition video takers may find themselves reaching capacity fairly quickly.

The lithium-ion battery in the iPhone 4 is yet another area of improvement over the 3GS, being much larger. In conjunction with the more efficient A4 chip, the battery gives the iPhone 4 an extra two hours of talk time, 10 hours of audio playback, and an hour of internet use according to the specifications on the Apple website. While we can't verify this, we can say that the battery life seems to be very good. After a day of intermittently heavy use it's still at 50 per cent. 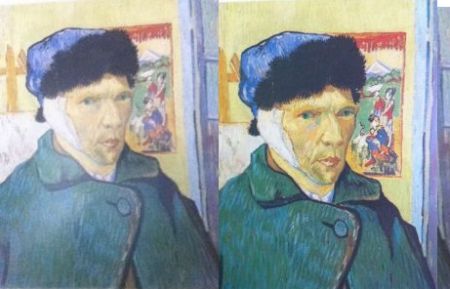 The iPhone 4's cameras represent another big improvement over previous iPhone models. Apple has never been particularly competitive in the fields of photography and video, but with the iPhone 4 the device is finally reaching parity with other smartphone manufacturers. In fact, it's accelerating past most of them.

The outward-facing camera snaps at a merely respectable 5 megapixels. However, according to Steve Jobs it's not the mega-pixel count that matters but the way the camera's put together, and the iPhone 4's camera appears to be put together very well. It takes excellent shots even in low light, and the LED flash, though small and too close to the lens, is serviceable.

The camera software is very easy to use: a square on the screen lets you know where you're focussing, and you can change the area of focus with a tap, even whilst recording video; at the top-left of the screen an icon lets you choose whether or not to use the flash; a small slider on the bottom-right lets you switch from video to still; and an icon on the top-right lets you switch from the outward-facing camera to the VGA quality inward camera, which is primarily for making wi-fi video calls (which work very well, as long as you don't have a room full of journalists leeching your bandwidth.)

The iPhone 4 also allows you to take high definition video at 720p, and this too is excellent. You can focus in the same way as with still pictures, tapping the screen to identify points of interest, and once you're finished recording you can very straightforwardly upload your videos to YouTube. 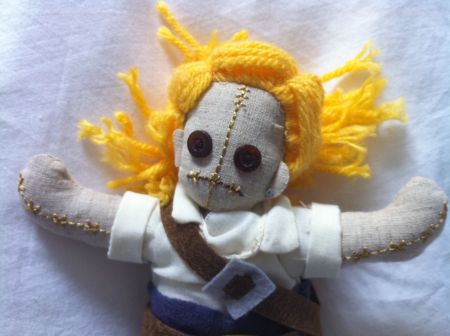 A photo of a Guybrush Threepwood voodoo doll

In terms of connectivity, the iPhone 4 features 802.11n wi-fi and Bluetooth 2.1, as well as quad band HSUPA chip. What's really interesting is not the technology powering your calls and browsing, however, but the innovative and – as it turns out – controversial way in which the technology has been implemented in the design.

Rather than being tucked safely inside the device, the wi-fi, Bluetooth, GPS, and UTMS antennae are now part of the metal trim around the iPhone. During his WWDC iPhone 4 presentation Steve Jobs made much of this feature, but since the device's launch the antennae have attracted widespread criticism for losing reception when covered – which, because they're on the outside, they frequently are.

We've put the iPhone 4 to the test and we can confirm that the signal does indeed diminish if you cover the left side. Apple is purportedly working on a solution to the problem, but if you hold your phone in a way that can kill the signal (illustrated) you might want to wait to see what the solution is. 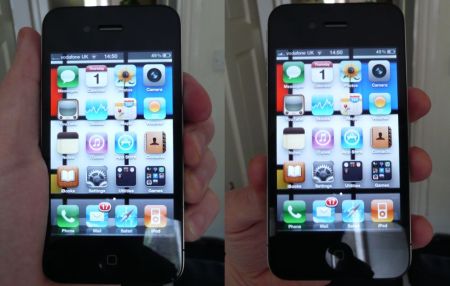 Left: my hand blocks out the signal. Right: the signal is back

Most exciting of all the iPhone 4's internal organs from a gaming perspective is the gyroscope. This little piece of wizardy combines with the accelerometer and the compass to provide full six-axis control, the full effect of which is evident in ngmoco's iPhone-only Eliminate: Gun Range. A shooting gallery spin-off of Eliminate, this half-game-half-tech demo showcases unusually precise tilt control, and lets you change the game's first-person perspective by rotating your body as well as tilting the device.

It's a huge improvement over the standard accelerometer, and it promises much for future tilt-controlled games along the lines of Tilt to Live, Glyder, and Labyrinth.

Of course, the gyroscope isn't the only element of the iPhone 4 that will have – and is having – an impact on games. Publishers like Firemint have already released high resolution versions of their games to take advantage of the extra pixels, and over time as the 3GS and its predecessors slope into obsolescence more technically ambitious games will become the norm.

Is it good, then?

Which is nothing new. Apple has been releasing steadily more powerful iPhones since the first model in 2007, although this is probably the biggest leap forward. Over the last three years handset manufacturers have been scrambling to compete with Apple, some more successfully than others, but technically, aesthetically, and by virtue of the peerless App Store, the iPhone 4 is still the smartphone of choice.

Roll over Eliminate. Archetype's gunning for you

Square Enix swings a sword at PSP's Lord of Arcana

Rumour: Apple to start selling unlocked iPhone 4s in the US this week