The best pocket gaming devices on the market

It’s been over a year since we last ran a roundup of the best gaming phones on the market. What a year it’s been.

Our last list saw a strong showing from Nokia, thanks to its on-device N-Gage gaming platform and support for a healthy Java market. But the last year has seen the folding of the N-Gage platform and a gradual decline in Java gaming with the rise of more advanced smartphone platforms.

The Finnish company appears to have lost its strong grounding in mobile gaming, but as you'll see below it still has a decent presence.

In its place is a whole raft of Android handsets. Google’s OS is still some way off taking the top spot on the gaming front, largely thanks to the fragmentation issues that come with the territory it occupies. Oh, okay, and a slightly rubbish Market.

But one thing is certain – Android is improving almost as fast as it's growing, and another year down the line could see a strong challenge for the top spot.

Ah yes, the top spot. For all the change that has occurred further down the list, the number one spot remains unchanged and – at this point in time – serenely unchallenged on the gaming front.

You know what we’re talking about.

Read on for conformation of the best mobile gaming device, alongside a host of worthy (and occasionally surprising) challengers. 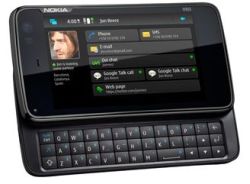 Something of an experimental device for Nokia, the N900 makes an unusual first selection for this list for a very simple reason. There aren’t very many games available for it. In fact, according to Ovi, “There are no paid items available for this category.”

What gets the N900 onto this list is its open nature, punchy performance, and excellent hardware.

Thanks to the open nature of the Maemo OS, you can get some excellent emulators for the device, which allow you to play thousands of classic games from days and systems of yore. If you already own them in their original state, of course.

Thanks to a large, bright screen and physical controls (in the form of a slide-out QWERTY keyboard), the N900 is an excellent gaming device – particularly for retro gamers. 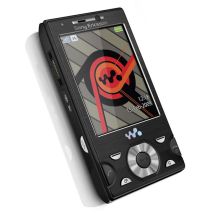 Next up on the list we segue from a hi-tech, state of the art, touchscreen super phone to a humble Java slider. You may mock, but the vast majority of mobile users around the world still use handsets such as these.

And when it comes to Java gaming, Sony Ericsson is the unsung king. You may not be aware, but most Java game developers use Sony Ericsson’s aging K800 as the benchmark device for all their games. All subsequent SE ‘candy bar’ devices run in a similar way, and thus tend to run Java games beautifully.

The W995 is one of the nicer and more recent devices to continue this trend, with a large (2.6-inch), pin-sharp screen and a responsive D-pad making this one of the finest traditional phones to game on. 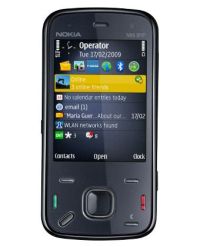 While Nokia must still be smarting from the gaming knocks it has taken in the past year, its former wonder-slider – the N86 – is still an excellent device for pocket gaming on.

Despite the death of N-Gage, the service still exists, meaning you can still access such rare delights as Reset Generation and Metal Gear Solid Mobile on your N86. N-Gage will eventually be merged with Ovi, which itself features a selection of reasonably priced Java games.

And, of course, the N86 remains one of the nicest phones to game on, thanks to a decent screen and dedicated landscape controls (for games that support it). It may not be the future of mobile gaming, but the N86 is undoubtedly one of the best of a dying breed. 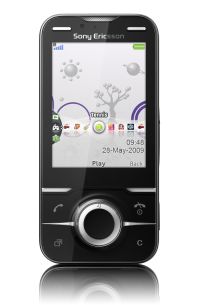 We’ve already mentioned that Sony Ericsson handsets and Java games go together like strawberries and cream, and the Yari is what happens when you give such ingredients to a master chef.

The Yari has been made with games firmly in mind, which is something of a rarity for an SE device. Not since 2005’s W550i has the focus been so explicit.

The result of this is perhaps the ultimate Java gaming phone. A beautifully crisp 2.8-inch screen displays the action, while a rock-solid circular D-pad provides assured controls. There are even – joy of joys – dedicated gaming controls for landscape gaming.

It also provides a handful of dedicated accelerometer-controlled games, including the brilliant conversion of Namco’s LocoRoco. 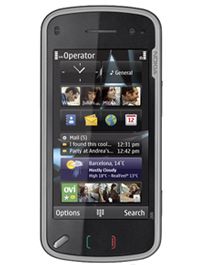 The Nokia N97 has come in for a bit of stick since its release, with even Nokia itself lamenting that it was a "tremendous disappointment." However, subsequent firmware updates have improved the device considerably, and it remains an excellent choice for mobile gaming.

Most major publishers now release S60 v.5 (the version of Symbian dedicated to touchscreen input) builds of their games which take advantage of the 3.5-inch resistive touchscreen on the N97. There’s also N-Gage support, so you can play the handful of quality games that the now-defunct platform produced.

As with other phones on this list, the N97’s gaming credentials are only enhanced by the presence of a QWERTY keyboard, which makes certain traditional games far more playable on the device. 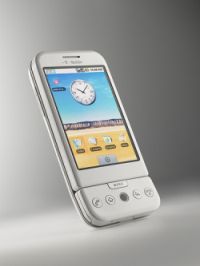 Most of our Android game reviews are carried out on G1s, which is a sign of how capable they still are. As the very first Android devices, they look and feel more than a little dated, and as yet have been kept away from the delights of Android 2.0 and above.

But thanks to a decent QWERTY keyboard they sure play a mean game. The touchscreen, too – while hardly able to match the more recent Android efforts from HTC and Motorola – isn’t half bad.

Ultimately, the G1 is a hardy workhorse that will bring you quality mobile gaming without breaking the bank. We love it. 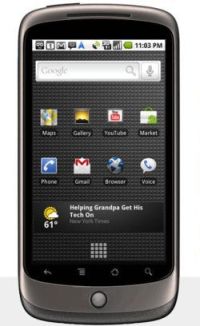 If you want a device that displays Android gaming at the optimal framerate, on a beautifully sharp and responsive screen, you can’t really do better than Google’s own Nexus One (though there are plenty of devices on the horizon that will challenge it).

At the heart of its stunning performance is a mammoth 1GHz Qualcomm Snapdragon processor, which pumps out the pixels onto a stunning 3.7-inch AMOLED capacitive touchscreen running at a pin-sharp 480x800 resolution. It’s enough to make us gadget nerds cry.

It’s true that the Android Market is still finding its gaming feet, but more and more publishers are taking note of it in light of the OS’s increasing popularity. Opting for a Nexus One is opting for a certain degree of future-proofing, as it’ll be more than capable of running whatever might be thrown at it over the coming few years. 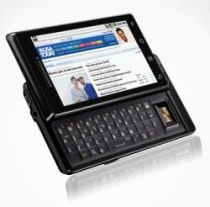 The Motorola Milestone/Droid created quite a buzz around the time of its release, and with good reason. It remains an excellent device, boasting solid hardware design, a beautiful touchscreen, and the splendid Android version 2.1.

The main reason it’s a superior gaming device to the likes of the Nexus One (right now, at least) is the presence of a physical QWERTY keyboard, which makes many of the games on the Android Market much more playable.

In fact, the only reason the Milestone doesn’t take the number two slot on this list is that Motorola made the baffling decision of putting the (fairly bog standard) D-pad on the right side of the device. That is to say, the wrong side of the device. You know what we mean.

Still, the Droid is an excellent way to sample the emerging delights of the Android Market, and is arguably a safe bet for the future than the device that sits above it on this list. 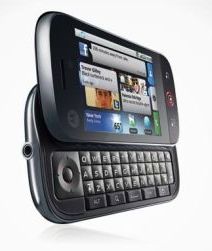 It’s at this point that we expect many of you are double taking and questioning our sanity. It’s true that the Motorola DEXT is far from being the most capable or attractive of Android handsets. So why on earth have we placed it at number two on our list?

Well, don’t forget that this is a game-focused list, and in that respect the DEXT has one major advantage over its bigger, more illustrious brothers. Not only does it have a decent sliding QWERTY keyboard like the Droid, but it’s also in possession of an excellent D-pad on the correct side of the device – which is most unlike the Droid.

This makes the DEXT the best handling, most flexible gaming device in the Android lineup. As Android is shaping up to be the main contender to go up against the iPhone – including in mobile gaming terms – that makes the DEXT, by default, the second best mobile gaming handset around today. 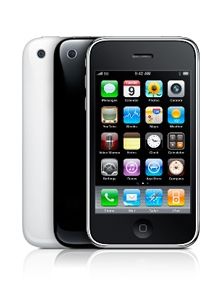 Yeah yeah, it’s predictable. But the fact that we’ve grown so accustomed to Apple’s dominance in the mobile gaming sphere – despite the fact that it's only been in the game for less than three years – is a testament to its astonishingly swift ascent to the summit. How did Jobs’s lot do it?

Well, having an app store that ties in seamlessly with the enormously popular iTunes has to be a major factor. It led the formerly game-averse general public into the pastime almost without them realising it.

Having such a desirable handset has to be the other defining element. Three years on, the iPhone still feels like a cutting edge (though simultaneously familiar) device thanks to its tasteful external design and elegantly understated UI.

And the responsive touchscreen remains the best in the business – which makes gaming on the device that much more pleasurable.

What games we’ve had, too – both in quality and quantity. Initially dismissed by the snobby gaming press, the iPhone has forced many to revise their preconceptions about mobile gaming. That alone shows why the iPhone is still a mile clear of the (admittedly closing) chasing pack.