10 iPad games you can play on iPhone and iPod touch

Getting the most of Universal Applications

So, you're not one of the lucky few who's going into Starbucks just to show off their new iPad?

But as well as not having spent more than $500 on a luxury device you don't need, you still have access to some new games that have been released for iPad.

That's because developers are supporting what are called Universal Applications; that is games and apps which support iPad as well as iPhone and iPod touch within one download.

To be honest, we'd hoped more games would have supported this technology, but it seems many developers are being cautious so releasing separate iPad and iPhone games. (Sneakily this also means they can charge more for iPad games.)

However some are releasing universal apps, and here's our roundup of some you should consider downloading for your iPhone or iPod touch. 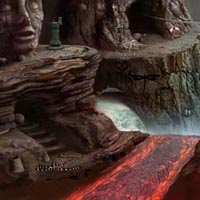 One of the growing number of hidden object games, Amazon: Hidden Expedition has you searching for a missing professor, with your only clue a map to the Beetle Temple.

Explore cities, temples, and ruins while unlocking the secrets of an ancient yet advanced civilization.

There are 50 scenes to focus on, plus 14 mini games, and OpenFeint supported achievement and global rankings, plus the game supports English, French, Spanish, German and Japanese. 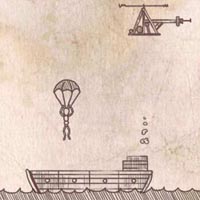 Perhaps the best example of an universal app, Parachute Panic HD has been released with additional social features.

These include tokens you can use to challenge your friends via email, Facebook or push notification, or indeed anyone who's using the integrated Scoreloop social network.

You can then use your tokens to buy additional themes for the game, while the game's underlying engine has been improved too. 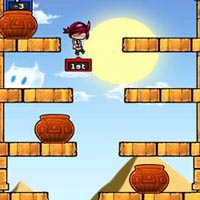 Canadian studio IUGO has released four universal apps, and Cliffed XL is one of the most interesting. It's a racing game with a difference as you have to race your cartoon character to the bottom of the screen in a 2D top-to bottom-scrolling game.

Two additional characters have been added with the new update too. 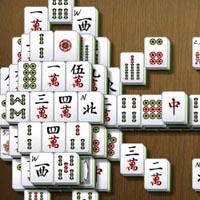 Here's the sort of universal app we like to see: the popular Shanghai Mahjong game now supports iPad and it's been reduced in price from $3.99 to $1.99 too.

Featuring an extensive - and expanding library of tilesets - you can play with everything from fractals to trippy Polish cinema themes, make your own backgrounds using your photos, while there are more than 200 layouts to choose between. 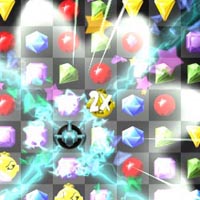 Just out for iPhone and updated for iPad, Babo Crash is another of those 'match-3 with a twist' games.

With characters from the Madballs in... Babo: Invasion! PC and XBLA game, you have to match-3 and control the collapse of the deck.

This enables you to unlock hero abilities, and stack up the points thanks to the combo multipler system.

Throw in OpenFeint social network support, and Babo Crash is well worth its 99c, €0.79 or 59p price. 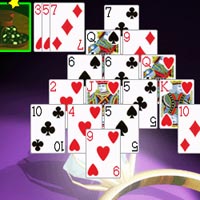 12 Solitaire Games from Astraware as about as complete a solitaire experience as you could want with games such as Klondike, Pyramid, Spider, Clock and Yukon, plus a choice of backgrounds, card styles, plus golden cards to be unlocked. 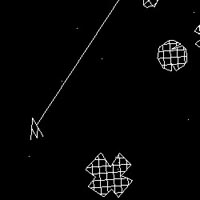 Released for iPhone and iPod touch back in late January 2010, Tractor Beam is now available for iPad, but well worth checking on the original iDevices too.

Like Asteroids but with a physics twist, you have to slingshot your ship through an asteroid field using your tractor beam to latch onto asteroids, Spider-Man-style. However, as you do this, you'll send the asteroids on a collision course with your ship, so you have to be quick to let go and find another connection point. 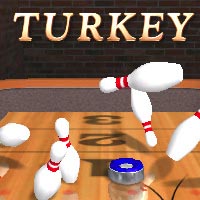 Bringing realistic 3D puck bowling to the iPad, as well as iPhone and iPod touch, 10 Pin Shuffle offers three games in one. There's the curling-esque Shuffleboard, or 10 Pin Bowling plus the wacky 10 Pin Poker, which is a combination of Shuffleboard, bowling and five card draw poker.

You can also play two player games of Shuffleboard or bowling using Bluetooth or local wi-fi. 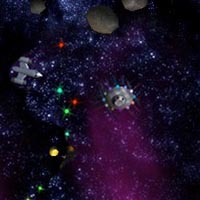 Bringing back the frantic arcade feel to space games is Ace Omicron. To be honest, its control system takes some getting used to as you tap anywhere on the screen to shoot, which gets your ship moving in that direction. Firing also increases your shields but you have to take your finger off the screen to deploy them.

It's a bit like tapping your head and rubbing your tummy at the same time, but after a while, you get the hang of it. 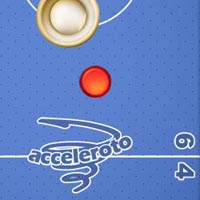 Downloaded and approved by no less a figure than Apple co-founder Steve Wozniak, Air Hockey is a simple air puck simulation, that lets you play with one or two pucks, and with one or two players.

Screen overlay to bring glasses-free 3D to iPhone and iPad