Ten phones with the Android OS

Never mind tigers. If Mobile World Congress 2010 is anything to go by, this is the year of the Android, with some major competitors to Apple's smartphone already available and others massing on the horizon, reinforced by a legion of supporting developers.

But with so many phones coming out in the near future powered by the Android OS, Google is facing the same sort of issues that Java has always faced.

For one, there's hardware fragmentation. With so many different handsets, developing games that utilise both the power of the high end while running on the low end will be a headache for developers.

Android will continue to grow, but the standardisation of the App Store and the iPhone models (as well as the iPad) means developers all drink from the same cup, as it were, which has played a big part in Apple's success.

Android will likely replace Java as a hugely pervasive platform plagued with fragmentation issues and other problems, meaning that Android games will do well in terms of sheer volume but won't be revolutionary in the way iPhone games have been.

Still, as growing support and sales have shown, the Android OS is set to eat at Apple's smartphone stronghold, and by the looks of some of the handsets featured below it's more than armed and ready for the smartphone battle.

It's clear Google is going for breadth rather than depth, but it looks like it's working when it comes to getting the little green robot OS popular.

In terms of specification, the HTC Legend is reminiscent of the Hero. Which is by no means a bad thing when you consider the Hero was the UK's most popular Android phone of 2009. 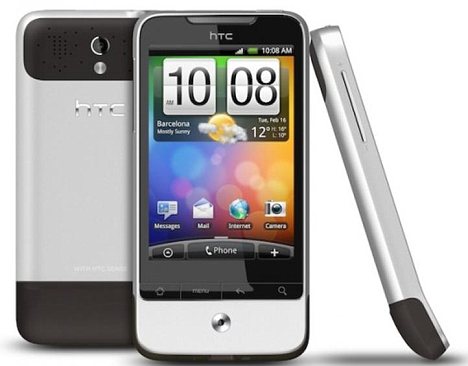 The Legend retains the 3.2-inch screen of its younger brother, but adds in some oomph in the form of AMOLED technology, allowing for deeper colour and brighter contrast.

It also shares a similar look, albeit with a few buttons removed, giving it a streamlined feel. Smoother edges also help contribute to what feels like an evolution in its design.

Aesthetics aside, what's important is what lies beneath its unibody shell, which will be the Android 2.1 OS, with a new version of HTC Sense, too. Navigation will be through a touch sensitive panel, and the processor is a Qualcomm CPU packing 600MHz - a jump up from the Hero's 528MHz.

Assuming the HTC Legend is kept at a mid-range price, the HTC could easily overtake the Hero, establishing it as one of the biggest Android phones of 2010.

HTC's Desire is most comparable with Google's Nexus One. It shares the same 3.7-inch screen, the same 480x800 resolution and the same AMOLED display. Both phones are also wrapped in a metal casing, giving them a lightweight feel. 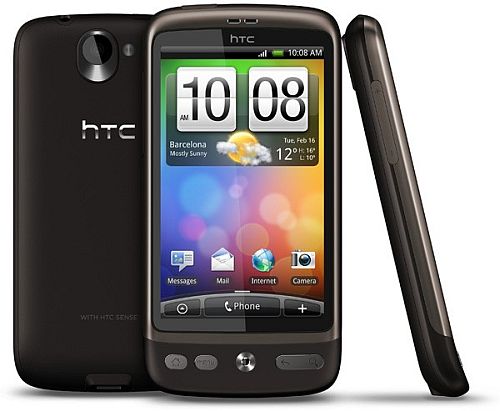 However, where they differ is in the colouring. The brown paintjob for HTC's top-end phone is not everyone's cup of tea, but inevitably that will change over time.

And the 1GHz Snapdragon processor and the 576MB of memory should be enough to persuade users to put the simple matter of looks aside.

The Desire features the touch-sensitive pad seen on the Hero, which is perhaps preferable to the Nexus's roller ball navigation, and as a result the Desire is a desirable bit of kit. 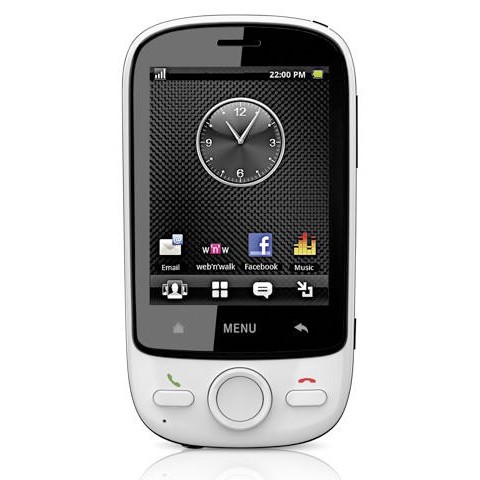 Coming in at the budget end of Android will be the T-Mobile Pulse Mini. Costing under £100, the phone fuses many of the pluses of the Android OS with a budget price tag.

It's likely the handset will actually be free on a contract, making it a serious contender for those who want Android and the functions of a smartphone, but want to keep a careful eye on their pennies. It could also serve those who like their phones to be slightly less unwieldy.

The T-Mobile Pulse Mini features a 2.8-inch screen, and comes loaded with the 2.1 OS and, regrettably, a stylus. 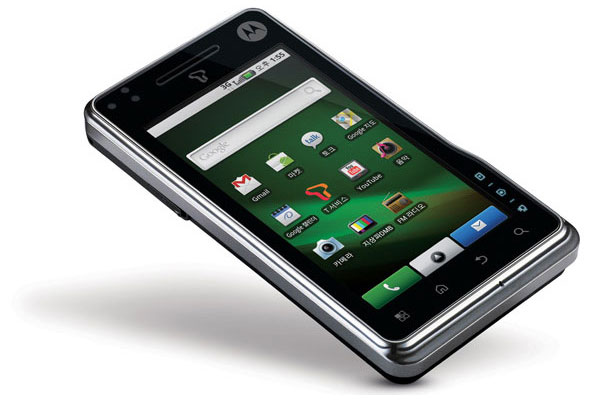 The Motoroi is the Motorola Milestone without a keyboard, but it does boast a few tricks of its own, including the ability to capture 720p video footage, an 8-megapixel camera, and an HDMI port for television connection.

It shares the same innards, and the rather splendid 3.7-inch screen makes viewing easy. 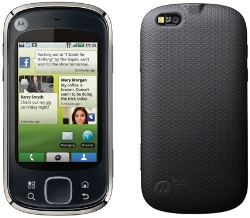 The oddly named Quench, formerly known as the Zeppelin (isn't that like naming a handset the Titanic), is another example from their substantial Android lineup.

Looking to take on the lower end of the Android scale, the Quench offers a 3.1-inch screen, a 5 megapixel camera, and it utilises Motorola's unique Moto Blur interface.

We've not yet received the X10 phone, but Sony has announced two new versions to go alongside the standard X10. Firstly, the Mini is a credit card sized handset that showcases the 'hot-corners' concept. The idea is you can use it with one hand. 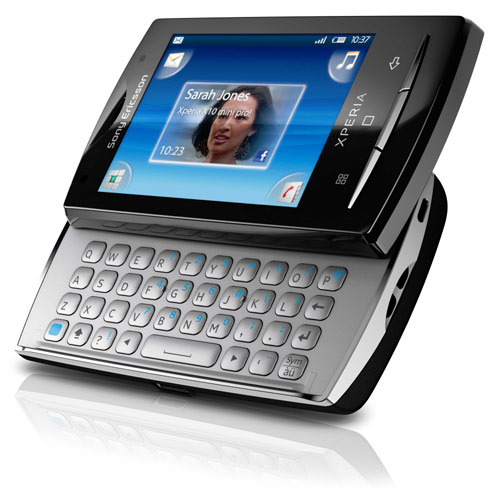 Then there's the Mini Pro, a handset that sits between the X10 and the Mini.

It's as mini as the Mini, but it includes a useful foldout QWERTY keyboard, a 5 megapixel camera, and a standard 3.5mm headphone jack.

Seeing a phone of that size with Android is rather cool, and it should cater for those who perhaps dislike carrying a brick around with them.

And whilst you could argue that these newer models may have taken the wind out of the original X10's sails, the three models look to be distinct enough to ensure each version of the Xperia X10 fills a niche in the market.

[Editor's note: The Sony Vivaz Pro has been removed from this list because it's not, as two of our readers have helpfully pointed out, an Android phone. Thanks, Ben.]

Not to be left out at the MWC, the Beam brings to the table all the usual features you'd expect from an Android powered smartphone, with a unique selling point: it includes a built in projector that can output images of 720p at 30fps. 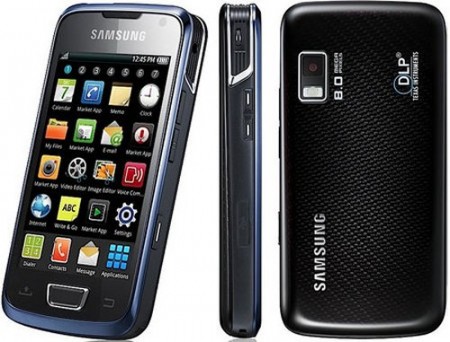 It won't beat a dedicated system, but moving and rewiring your home equipment is probably as painful as self dentistry, so it does have that feather in its technical cap.

The usual features include an 800Mhz Cortex processor and 384MB of RAM. The display is a 3.7-inch, 480x800 pixel Super AMOLED screen, and rounding things off is Bluetooth and the usual wi-fi connectivity.

Not a lot is known about the LG Swift, with LG keeping tight-lipped with memory and processor specifications at the moment.

However, it's one to watch this year, and the 3.0-inch 320x480 display touchscreen display puts it squarely into the smartphone arena.

What we do know is that included in the package is a 3.2-megapixel camera with autofocus and various connectivity gubbins you'd expect from a 21st century smartphone, as well as LG's usually easy-on-the-eye styling. 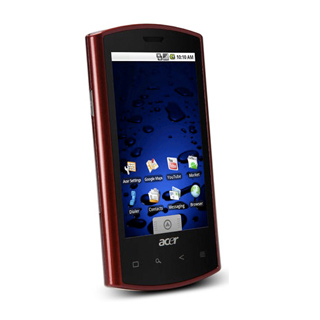 Acer is relatively new on the smartphone scene, and the Liquid E is the updated version of its first foray into the Android world.

Not a lot has been offered over the original, but it will run Android 2.1 through a 3.5-inch screen.

Under the hood will be a 768Mhz Qualcomm processor, and for all your Kodak moments is an autofocus 5-megapixel camera.

Condisering Acer's aggresive pricing strategies, you should get a lot of green robot action for your buck.

Another Acer Android offering, this time for the mid-range smartphone market, is the beTouch E400 (Mercedes springs to mind). With a width of 12mm, it's the size zero of phones, but don't let its skinny credentials make you think it lacks the space for processing. 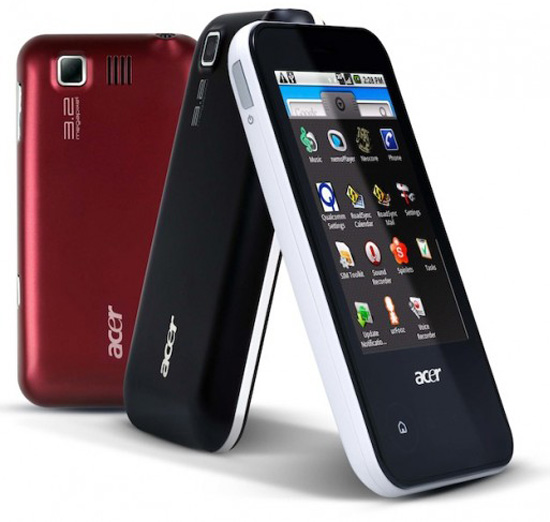 The E400 runs on a Qualcomm 7272 processor, pushing out a respectable 600MHz. It also features a 3.2-inch HVGA touchscreen, a 3.2-megapixel camera with autofocus and for all your red eye needs, a LED flash.

You can also enjoy geotagging support, if you ever need to know where you took a picture.

Rounding things off nicely is of course Android 2.1 for all your OS needs, and the ability to open and edit Microsoft Office files, view PDFs and multi-touch, as well as three tasteful colours for the casing.