From Devalley Entertainment and Bulkypix - the people behind My Brute - comes Landers Invaders, an intense and tactical shooter for your iPhone and iPod touch, which was released on mobile a while back.

Getting some manly tension into proceedings, the press release says Landers Invaders puts you in the role of Lea, a sexy Anti-G pilot, although you won't see much of her during gameplay.

Instead, your goal is to use your tank to eliminate the landers who are intent on blowing you up.

Aside from shooting the pesky landers, you can counter and shoot their projectiles back at them to destroy them. However, they can do the same, so be warned.

26 combat zones are on offer, plus four shields, six spaceships, seven levels of difficulty and two handling modes; classic and rotation - the latter allowing you to rotate your phone 'for even more excitement'. 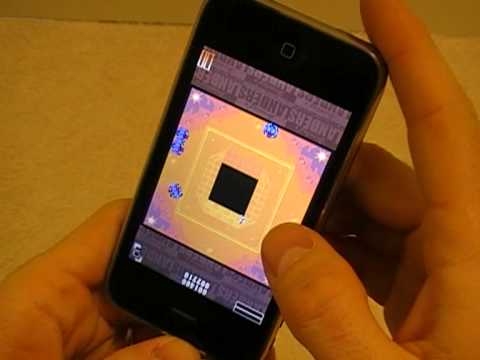 Space Invaders gets another dimension in Landers Invaders

Hands on with Landers on mobile